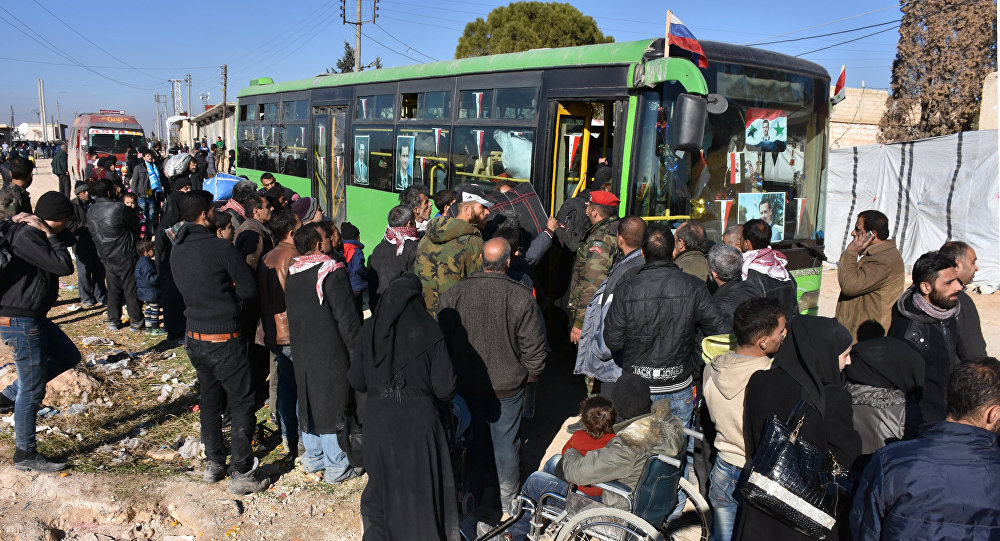 “Over the past 48 hours, up to 50,000 people have been evacuated from eastern Aleppo, Russian Defense Ministry spokesperson Major General Igor Konashenkov has reported.

“More than 20,000 residents left eastern Aleppo in the first part of Saturday, and 1,217 militants laid down their weapons,”Konashenkov said.

“The Russian Center for Reconciliation, through humanitarian corridors near Karim El-Hun and Mahayar, has organized the evacuation of civilians from the eastern parts of Aleppo to the safe areas of the city,” Konashenkov added.

“We warn terrorists and militants of the so-called ‘moderate opposition,’ and also their patrons: Do not attempt any provocations, especially attacks on civilians leaving through humanitarian corridors,” the Russian Defense Ministry statement says.

Konashenkov also addressed those who, over the past few months, have declared their readiness to send humanitarian aid to Aleppo.

“Representatives of the US, UK, France, Canada, the European Union, and international organizations: Over the past two days, nearly 50,000 civilians have been evacuated by the Russian Reconciliation Center from the eastern parts of Aleppo. They are in need of the humanitarian assistance you promised. It is time to check the validity of your intentions.”

The statement added that the Syrian government now controls 93 percent of Aleppo, and the civilians who exited eastern Aleppo have been placed in special humanitarian centers where they are provided with hot food and medical help.

The Russian Reconciliation Center is monitoring the evacuation of civilians from the blocked districts round-the-clock with the use of drones.

Earlier this week, Moscow slammed a statement by EU foreign policy chief Federica Mogherini, who said the EU was the only party providing aid to Syria.

“It’s outrageous twisting of facts which ignores what Russia has been doing for a long time,” Russian Deputy Foreign Minister Sergey Ryabkov said on Thursday.

The Russian Foreign Ministry noted that Russia, “unlike other international players, has been actively supplying thousands of tons of humanitarian aid to various regions across Syria, including the liberated areas in eastern Aleppo, at the risk of Russian military lives.

“If the high representative [Mogherini] means providing assistance to terrorists and extremists, then we don’t participate in this, indeed,”the statement added.

“The Syrian regime and their influencers [Russia, among others] are preventing aid” from reaching the city, the Daily Mail quoted her as saying.

“It seems that the UK government has lost an objective view of what is happening in Syria, including Aleppo, due to Russophobia,” Konashenkov responded, noting that the UK has not sent “a single gram of flour, any medicine or blankets to help” civilians in Aleppo during the entire Syrian conflict.