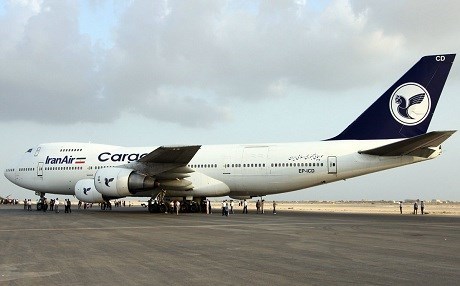 Iranian airlines have been operating on ageing fleets of Boeing and Airbus airliners, together with some Russian-made aircraft. Photo: Iran Air.

ERBIL, Kurdistan Region – US plane maker Boeing may be struggling to sell an aircraft or two to America’s president-elect. But it is having no such trouble selling to Iran, which on Sunday trumped the president-elect with a $16.6 billion dollar deal for 80 Boeing airliners.

The planes will be delivered over a 10-year period, Parvaresh said.

IRNA quoted Fletcher Barkdull, a Boeing regional director, as saying in Tehran that the “final agreement” was signed following approval by the US government. He said the deal was worth $16.6 billion.

Boeing clinched the lucrative deal at a time when President-elect Donald Trump has questioned the manufacturer for the cost of the next generation Air Force One, the state-of-the-art aircraft that flies US presidents around the world.

After tweeting the rumored $4 billion cost of Air Force One in early December, Trump blasted the plane’s sky-high price tag and threatened to cancel its contract with Boeing.

For decades, since the 1979 Iranian revolution soured Tehran’s relations with the United States and the West, sanctions had barred Iran from buying Western-built airliners, despite tremendously rising demand for air travel from a young and growing population. The US and its Western allies lifted sanctions on Iran early this year, following a nuclear deal with Tehran.

Airlines in Iran have been operating for decades on ageing fleets of Boeing and Airbus airliners, plus some Russian planes bought or leased since the revolution.

Iranian officials have stressed that the country will need some 500 planes of different sizes and types to upgrade ageing fleets and expand flight networks.

In January, Iran signed a major deal worth more than $27 billion for 118 planes from Europe’s Airbus consortium, but that deal still has not been finalized.

Iranian Transport Minister Abbas Akhoundi says that Iran’s civil aviation fleet of 248 aircraft has an average age of 20 years, with some 100 aging aircraft in storage because they are no longer airworthy.