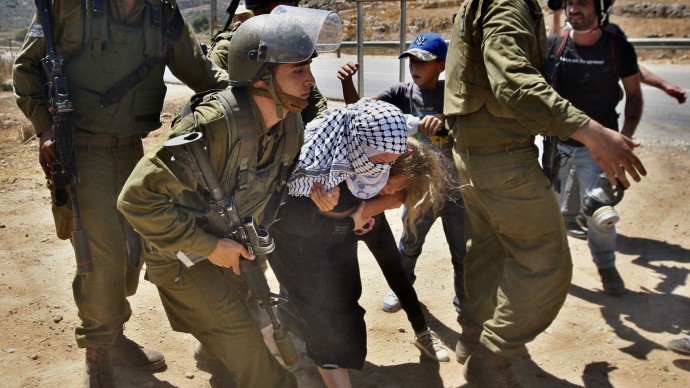 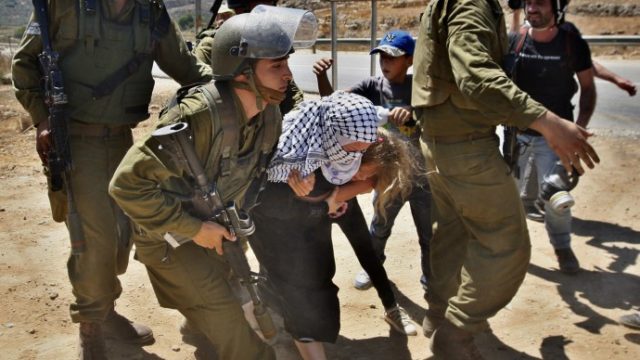 As the US Senate was busily passing its Anti-Semitism Awareness Act aimed at silencing anyone who dares question Israel’s legitimacy or exceptionalism, conference organisers in Ireland were planning the exact opposite.

The US bill relies on the “3 D’s”. It is anti-Semitic to “Demonize” Israel, apply a “Double-standard” to Israel, or “Delegitimize” Israel. Do any of these things and you’ll be clobbered and criminalised.

And at the centre of this legislation is a definition of criminal anti-Semitism cooked up by the State Department and itself based on a controversial definition handed out by the European Monitoring Centre on Racism and Xenophobia.

The US Department of State’s document Defining Anti-Semitism includes this gem:

DELEGITIMIZE ISRAEL: Denying the Jewish people their right to self-determination, and denying Israel the right to exist.

The laugh is that Israel does a splendid job of de-legitimising itself without any outside help. In the wake of the 1947 UN Partition Plan, which granted the Jews territory within defined borders, they declared statehood in 1948 without borders, grabbing as much extra land as they could by armed terror and ethnic cleansing.  The new state of Israel’s admission to the UN in 1949 was conditional upon honouring the UN Charter and implementing UN General Assembly Resolutions 181 and 194. It failed to do so and to this day repeatedly violates provisions and principles of the Charter.

Israel even fails to comply with the provisions of the EU-Israel Association Agreement of 1995 which requires adherence to the principles of the UN Charter and “respect for human rights and democratic principle constitute an essential element of this agreement” in return for trading privileges. It gets the privileges without delivering on the obligations.

In 2004 the International Court of Justice at The Hague ruled that construction of what’s often referred to as the Apartheid Wall breaches international law and Israel must dismantle it and make reparation. Israel nevertheless continues building its hideous Wall with American tax dollars. The ICJ also ruled that “all States are under an obligation not to recognize the illegal situation resulting from the construction of the wall and not to render aid or assistance in maintaining the situation created by such construction”.  Has Washington forgotten?

And, of course, the Israelis have been de-legitimising the Palestinians by denying them their right to self-determination for the last 68 years.

Questioning the founding of the Israeli State and its nature

Here in the UK a conference to examine Israel’s legitimacy and how its behaviour squares with international law was supposed to have been held at Southampton University last spring but was cancelled for the second year running when the university put obstacles in the way.  In 2015, permission was granted then withdrawn; this year, the Zionist Thought Police again made their displeasure known and again applied enormous pressure.  The organisers were told they would have to find thousands of £s to meet extra security costs as the university authorities feared mass protests.  The guardians of free expression and the pursuit of knowledge had caved in.

So next year the conference will be held between 31 March and 2 April 2017 at University College Cork, an offshoot of the National University of Ireland. Described as “a ground-breaking historical event on the road towards justice and enduring peace in historic Palestine…. The conference will raise questions that link the suffering in historic Palestine to the manner of Israel’s foundation and its nature. It aims to generate a debate on legitimacy, responsibility and exceptionalism under international law as provoked by the nature of the Israeli state. It will also examine how international law could be deployed, expanded, and even re-imagined, in order to achieve peace and reconciliation based on justice….  Speakers include leading scholars from Law, Politics, Philosophy, Theology, Anthropology, Cultural Studies, History and other disciplines.”

Panel-sessions will provide a much needed platform for scholarly debate and disagreement on the big questions. The organisers say, quite bluntly, that in some countries – particularly the United States and the United Kingdom – there’s a chilling repression of academic freedom when it comes to critique of Israeli state policy. This forced a decision to move the conference to Ireland.

What is the role of international law in political struggles?

The conference, under the title International Law and the State of Israel: Legitimacy, Responsibility, and Exceptionalism, will tackle questions concerning the manner of Israel’s foundation, its nature and its legitimacy.  The main focus appears to be the role international law could play in political struggles. In the Palestinians’ case international law has spoken but still waits to be implemented. It continues to be studiously ignored by the very people who loudly pretend to champion the rule of law. Conference wants to shift public debate towards injustice and violence in historic Palestine resulting from the manner in which the state of Israel was founded.

And, for good measure, it hopes to encourage the new generation of Palestinian lawyers and scholars to expand the use of international law beyond the ‘1967 occupation’ scenario.

Zios are going to freak out with fury.

The list of confirmed speakers is impressive, coming from many different directions. But not all. I see no-one from the churches of Western Christendom which surely have a crucial stake in the Holy Land and deplore the never-ending cruelty inflicted on its Muslim and Christian communities.

In my travels during the run-up to Christmas I often pop into churches to admire the festive decorations and displays, and especially the children’s art which usually takes pride of place. I always ask the minister or senior official the same question: “Do you have any links with the Holy Land?” And nearly always I receive a blank look while canned music plays carols like O Little Town of Bethlehem and the children’s pictures depict the Nativity. I then say: “If you go to Bethlehem and see what the Israelis have done to it, you’ll vomit, and weep, and vomit again. You’ll never forget.”

Do these canting Christians in the comfort of their leafy suburbs really believe that God rejoices in His Son’s birthplace being surrounded by an evil 8-metre prison Wall with gun towers? Or in the fact that His 21st century disciples allow the suffering to go on and on and on…. not just in Bethlehem but right across the West Bank, East Jerusalem and Gaza?