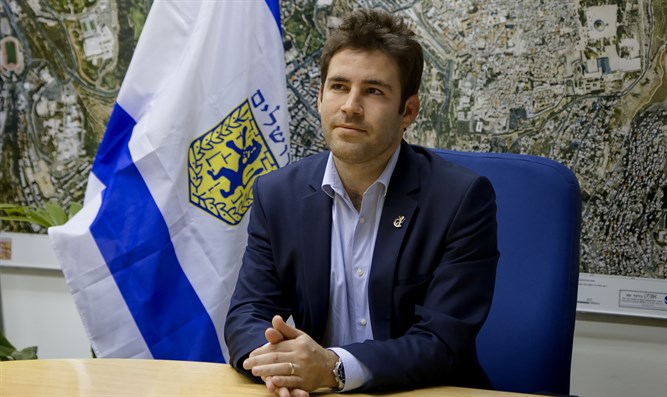 Berkovitch, who also serves as chairman of the Hitorerut Movement which aims to improve Jerusalem socially, municipally, and nationally, wrote in a letter that if the US Embassy is moved to Jerusalem before Israel’s government’s offices are moved, it would be “an embarrassment to the Israeli government.” He asked the government to take care of the issue as soon as possible, considering the fact that those government’s offices are illegally located in Tel Aviv.

Israeli law requires all government offices to be situated in the capital city of Jerusalem.

According to Berkovitch, there are currently 75 government offices, with over 4,000 government workers, outside Jerusalem, in violation of the Basic Laws of Jerusalem, Capital of Israel and The Government. These offices and workers, Berkovitch explained, could and should be strengthening Israel’s capital city.

“I bless President-elect Donald Trump for his intention to move the US Embassy to Jerusalem, This is an important step which will strengthen Jerusalem’s status in the world,” Berkovitch said. “In addition, I call on the Prime Minister and Finance Minister to immediately move the Israeli government’s offices to Jerusalem, before our government finds itself embarrassed. The Israeli government must strengthen Jerusalem with actions, not with words.”