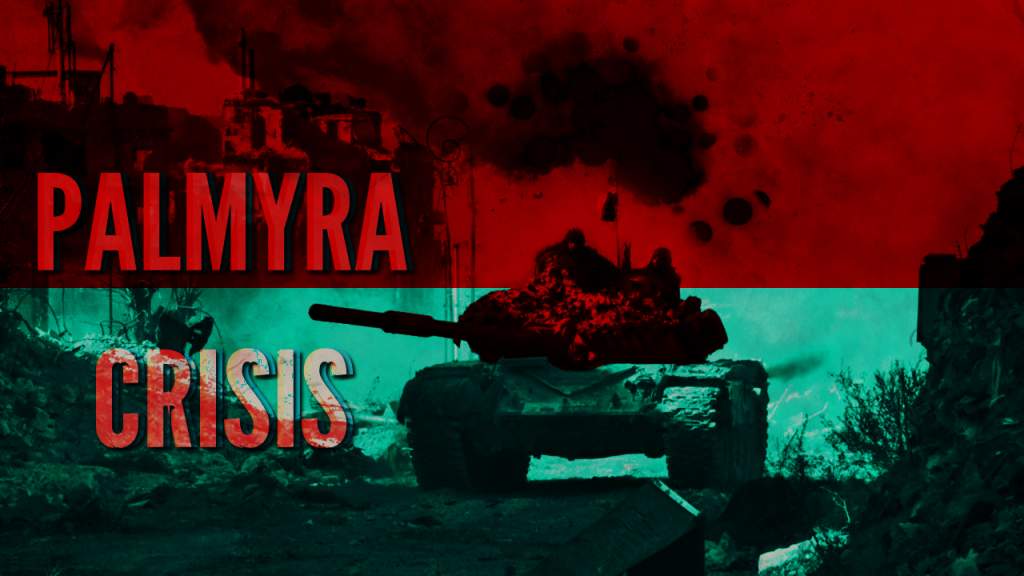 The situation remains critical in the area west of Palmyra. ISIS terrorists flanked government forces and seized a key crossroad between the Tyas airbase and the city of al-Qaryatayn in the Syrian province of Homs. The terrorist group also continued to put pressure on the Tyas Airbase and on the Homs-Palmyra highway from the southern direction. These attacks put government forces deployed in the Tyas Airbase under a threat of encirclement by ISIS forces These gains became possible because ISIS units used their advantage in their manoeuvrability.

Since December 12, the Syrian army and the National Defense Forces (NDF) have repelled at least 3 major ISIS attacks on the Tyas Airbase. However, this will be not enough if ISIS achieves success in its flanking manoeuvre aimed to cut off government supply lines. ISIS reconnaissance units were reported near al-Qaryatayn that could become another target of the terrorist offensive. Reports appear that ISIS had involved its best commanders and offensive units in the operation in eastern Homs.

Some units of the Syrian army’s Tiger Forces led by their commander Maj Gen Suheil al-Hassan reportedly arrived to eastern Homs to assist government forces already involved in the battle against ISIS. Russian warplanes and attack helicopters have reportedly delivered some 103 airstrikes against ISIS targets in the last 48 hours.

Despite a massive propaganda campaign, Turkish forces have failed to take control of the key town of al-Bab in the province of Aleppo. Since weekend, they have deployed closer to the city and made a few of offensive attempts. However, the town remains under the control of ISIS.

The Turkish Armed Forces also lost the Leopard 2A4 tank in the area. It was hit by an ISIS anti-tank missile. Turkish officials confirmed that 4 Turkish soldiers were injured in the incident.

An evacuation agreement between remaining Jaish al-Fatah militants and the Syrian government was set to be implemented on December 14. Indeed, green buses arrived eastern Aleppo to pick up militants on December 13, but the implementation of the agreement was delayed by unknown reasons.

The Russian Reconciliation Center reported that some militants in eastern Aleppo attacked the Syrian army on Wednesday morning, violating ceaserfire and withdrawal agreements with the Syrian government. In turn, government forces launched a counter-terrorism operation to clear building blocks held by militants that violated the agreement. This delayed the general evacuation of remaining militants and their families. According to unofficial estimates, there are up to 5,000 people – members of militant groups and their families – have to be evacuated from Aleppo.