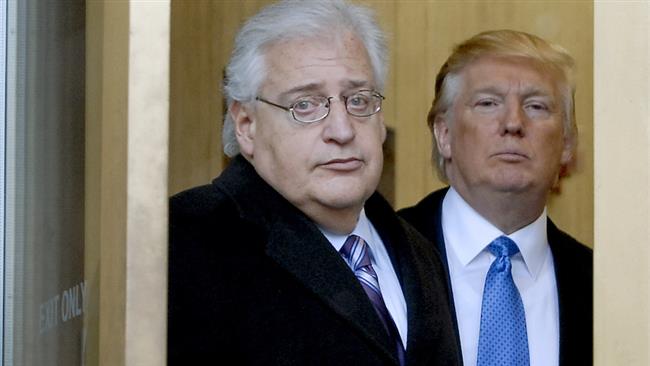 Editor’s note: This may be the biggest “fail” yet, a massive gaff.  This will totally blind US information flow from Israel according to former attache to Tel Aviv, Jim Hanke (VT editor).

US President-elect Donald Trump has nominated David Friedman, a hardline Zionist, as US ambassador to Israel, likely paving the way toward a controversial decision to move the US embassy from Tel Aviv to Jerusalem al-Quds

Friedman, a fervent supporter of illegal Israeli settlements in occupied Palestine and opponent of the so-called two-state solution, served as one of Trump’s main advisers on Israel during his presidential campaign. 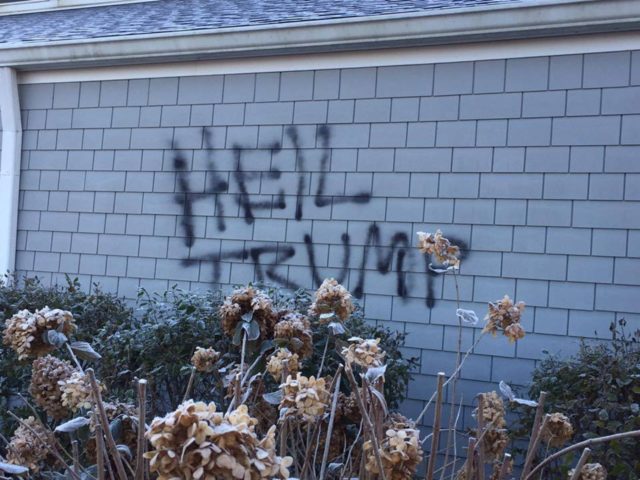 “(Friedman) has been a long-time friend and trusted adviser to me. His strong relationships in Israel will form the foundation of his diplomatic mission and be a tremendous asset to our country as we strengthen the ties with our allies and strive for peace in the Middle East,” Trump said in a statement Thursday.

Friedman said he looked forward to filling the diplomatic position at a future US embassy in Jerusalem al-Quds, a move that would distance Washington from most of the international community, including its closest allies in Western Europe and the Arab world.

J Street, a left-leaning pro-Israel group based in Washington, DC, said it was “vehemently opposed” to Friedman’s nomination. “This nomination is reckless, putting America’s reputation in the region and credibility around the world at risk,” the statement said.

“As someone who has been a leading American friend of the settlement movement, who lacks any diplomatic or policy credentials,” it said, “Friedman should be beyond the pale.”

Trump vowed during his presidential campaign that he would move the US Embassy to Jerusalem al-Quds, a step that would enrage Palestinians and create an international furor.

Former US Presidents Bill Clinton and George W. Bush promised the same thing during their presidential campaigns in order to court pro-Israel voters, but later reversed their proposals.

Earlier this month, outgoing US President Barack Obama renewed a presidential waiver ordering the US Embassy in Israel to remain in Tel Aviv and not be moved to al-Quds, despite pressure by Congress and Israel to do so.

The White House said waiving the Jerusalem Embassy Act, which was passed by Congress in 1995, was necessary “to protect the national security interests of the United States.”

Palestinians are seeking to create an independent state on the territories of the West Bank, East al-Quds and the Gaza Strip, with East al-Quds as the capital.

They are also demanding that Israel withdraw from the Palestinian lands occupied in a 1967 war. The Tel Aviv regime, however, has refused to return to the 1967 borders and is unwilling to discuss the issue of al-Quds.