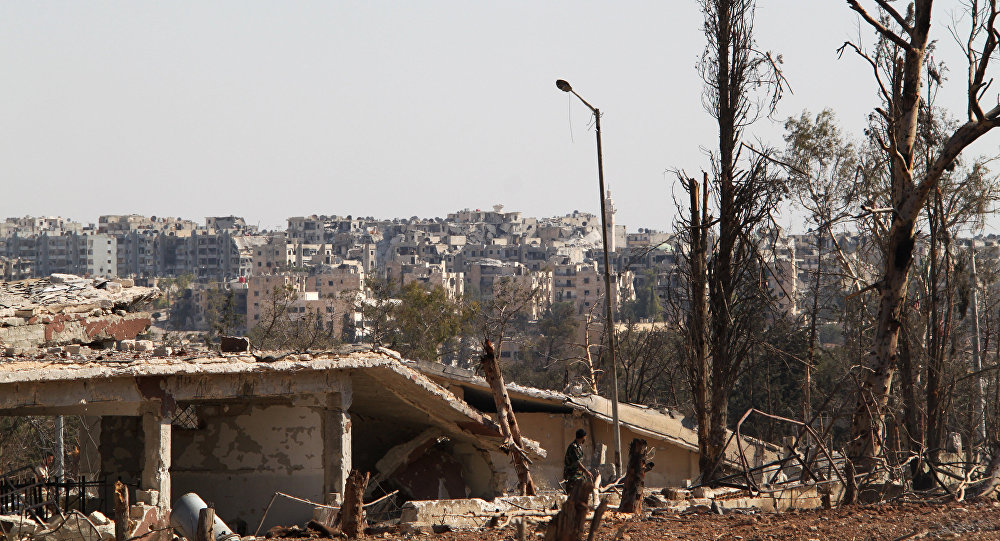 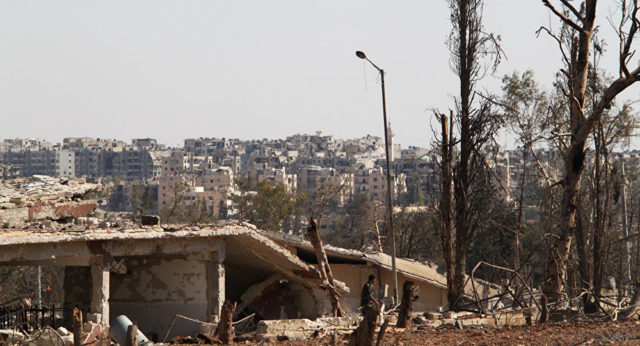 Sputnik: Terrorists in Aleppo consumed all the food delivered from abroad leaving civilians to starve, the Russian General Staff said in a statement on Friday. “In the liberated districts of Aleppo, Syrian servicemen have found several depots with food delivered from abroad. This food was consumed only by terrorists and members of their families, while [eastern] Aleppo’s population was starving.”

Sergei Rudskoy, the chief of the Russian General Staff Main Operational Directorate, said that “it seems that Western states and humanitarian organizations are not hurrying up to deliver aid to Aleppo as those who used to receive it, militants, are no longer there, while civilians don’t interest them.” “They can repeatedly voice their concern over t

he fate of Aleppo residents, while being in Geneva and New York, but they are not doing anything to help them at the same time,” he said.

Moreover, he said that some 108,000 civilians who had not been let to leave eastern Aleppo by militants, are currently in shelters, while only the Syrian government and Russia are providing them with humanitarian aid. “We have repeatedly heard calls to immediately organize the delivery of food and essentials to Aleppo residents from the West and international organizations. However, currently not a single state or international organization is providing such aid to the city’s population.”

Commenting further, Sergei Rudskoy said that claims made by Western politicians that there had been casualties among civilians during the liberation of Aleppo are ‘outright lies.’ “A new information campaign is gathering speed. Certain Western politicians are claiming about alleged numerous casualties among civilians in Aleppo. According to [these claims], the city’s streets are full of dead bodies, and thousands of civilians are still hiding in basements.

This information is an outright lie,” Lt. Gen. Rudskoy said. Rudskoy added that the representatives of the International Committee of the Red Cross and officers from the Russian center for Syrian reconciliation had entered the liberated districts as they had been freed, and found no bodies there. According to Rudskoy, the real-time drone video of the operation was available across the world. More than 7,000 eastern Aleppo residents have returned to their homes after the liberation of the city, he said.

“Terrorists destroyed the majority of vital facilities in the city and left behind a large number of mines and booby-trapped buildings, which impedes the safe return of local residents.”

The evacuation of militants from Aleppo and the end of the Syrian army’s operation to liberate the city has created conditions for the peaceful settlement of the conflict, the Russian General Staff said. A Russian demining squad is already working in eastern Aleppo, while electricity and water supplies have been resumed in several districts, he said. A total of 3,406 militants of the so-called “moderate opposition” surrendered during the liberation of eastern Aleppo, and over 3,000 of them were pardoned, Rudskoy said. He said that while the US under different pretextes declined to evacuate al-Nusra Front militants, Russia has done it itself.

“During a year of meeting and negotiations with the Americans, we trying to convince them to separate ‘moderate opposition’ from terrorists. However, the US refused to do that under different pretexts. Them Russia proposed to take joint action to evacuate al-Nusra Front from eastern Aleppo. It as well was not supported by the US. Now we did it by ourselves.” He said that the separation of terrorists and ‘moderate opposition’ has been completed. He said that it turned out that some 4,500 fighters in eastern Aleppo were radical Islamists and most of them had already been evacuation. “This is how the separation of ‘moderate opposition’ from terrorists ended.”

The liberation of eastern Aleppo has proven that claims about alleged “atrocities” committed by the Syrian army are a “fake,” Russian Permanent Representative to the United Nations office in Geneva Alexei Borodavkin said.

“During the liberation of Aleppo and the humanitarian operation, a number of very important facts became known. The first thing that was revealed is that disinformation about alleged atrocities committed by Syrian army units in eastern Aleppo… was a deliberately fabricated fake,” Borodavkin said. At the same time, crimes committed by militants controlling eastern Aleppo were confirmed, he said.

“At the same time, the [Syrian government] troops who liberated it [Aleppo] from terrorists have found evidence confirming that terrorists had committed hideous crimes: murders of children and women, mass executions of residents of eastern Aleppo who wanted to escape… [the area], minings of humanitarian corridors, sniper and artillery fire on convoys of people who were leaving eastern Aleppo, the shelling of the Russian hospital and killings of our paramedics,” he emphasized. According to him, a database on crimes committed by militants in eastern Aleppo is being prepared for further investigation. He also said that “militants themselves did not lack food, medicine at all, while people in territories they controlled were starving.”

“Not only terrorists are to blame for it, but also those states that support them. The stance some our partners… had is not just unacceptable according to the international law, but is shameful from the point of view of morality.” There had been some 3,000 al-Nusra Front militants in eastern Aleppo, not 200 as US officials used to claim, Borodavkin said. “For many weeks, if not months, our American partners have tried to convince us that there are a few, about 200, fighters of al-Nusra Front terrorist group in eastern Aleppo. In fact, it came to light that there are even more than 1,500 of them, according to a preliminary Russian assessment,” Borodavkin said.

“Some 3,000 militants, who voluntarily decided to leave for Idlib, which, as we know, is currently controlled by al-Nusra Front, have already been evacuated. Thus, extremists confirmed that they belong to that [terrorist] group.”

The Russian envoy to the UN office in Geneva said that the evacuations from eastern Aleppo had been carried out in line with norms of the international law. “The operation [to evacuate people from eastern Aleppo] was conducted with the participation of the International Committee of the Red Cross (ICRC) and the [Russian] center for reconciliation of [Syria’s] warring parties in Hmeymim. All norms of the international law have been strictly observed.” According to Borodavkin, the Syrian government “acted very humane” toward militants’ families who had been let to leave eastern Aleppo. “The operation to evacuate terrorists from easterm Aleppo had been done first of all to save their lives, lives of women and children,” he said.