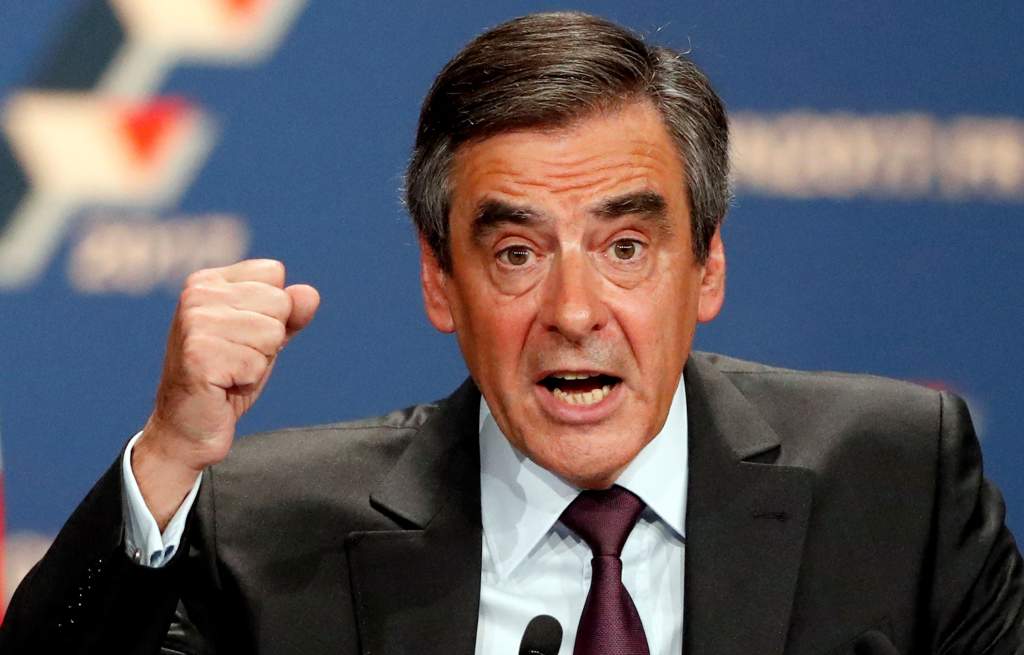 [ Editor’s Note: The French center right picks a proven candidate with François Fillon, and he comes out swinging at the EU denouncing the West’s failed Syria and Russia policy and leading the charge toward fixing the mess. The US and UK are not on board by any  means,nor are the Gulf States or the Likud hoodlums in Palestine.

But change is definitely in the air in the EU. If Trump were not showboating on his claim to want to fix the Syria mess by working with the only side that is really fighting the terror war there, the Syrian coalition, he will have a ready ally in Fillon if he wins France’s presidency. I have to say, he has statesman oozing out of his pores, a quality in short supply among politicians these days.

Those of us that want to contest the march to manufactured conflict that our War Party opponents seem determined to force upon us, need visible, talented and proven leadership like Fillon is showing to turn the current batch of flunkies out of office. The EU needs to reform to survive, and that leadership will never come from Mr. Juncker, even with his three glasses of wine lunches.

We will have to develop cross border support mechanisms for our kindred souls in leadership positions, wherever they are. We can’t vote in these other elections, but we can make our feelings known whenever we see grownups stepping up to the plate to try to fix the mess the children have made.

Europe is being cruelly played by the hidden powers behind the US who have boxed the EU in through NATO and with the West-Gulf State marriage made in hell, as they use proxy terrorism to suit their regime change wishes.

France has also been supporting the jihadis against Damascus, faking that it is really against terror, but only that which does not serve its interests in its former colony… Jim W. Dean ]

Speaking to reporters following a meeting with German Chancellor Angela Merkel and leaders of European center-right parties in Brussels on Thursday, Francois Fillon stated that Europe has to engage in negotiations with parties involved in the Syrian conflict to save lives.

“I told European leaders that what we are forced to concede today is that Western diplomacy and in particular European diplomacy has failed,” he said, rejecting the option of a US military onslaught against Syria. The 62-year-old French politician, who has previously called for restoring ties with the Syrian government, added, “The other option is a strong European diplomatic initiative to bring around the table all those who can stop this conflict,” which started in March 2011.

Commenting on the European strategy with regard to Russia, which has been conducting an air campaign against militants in Syria for over a year, the French presidential hopeful said,

“I simply have a lot of respect for Russia. I’ve always said whether Russia’s leader is called Vladimir, Boris or Igor, he is the leader of the biggest country in the world. Europe must have a long-term strategy with Russia and not just act emotionally.”

Fillon’s comments come as Russia has criticized the West for its failure to contain extremist militants it supports in Syria and “indefinite” procrastination when it comes to peace talks for the war-ravaged Arab country.

Russian Defense Minister Sergei Shoigu said last month that the West had been unsuccessful to wield influence on Takfiri militants in Syria.

“As a result, the prospects for the start of a negotiation process and the return to peaceful life in Syria are postponed for an indefinite period,” he said at the time.

The United States has been supporting militants its calls “moderate.” Russia has in return emphasized there are no such militants in Syria, and all militant groups are perpetrating savage acts of terror in the conflict-ridden country.

Washington refuses to designate specifically what groups it deems “moderate,” even though Moscow has expressed preparedness for potential cooperation in that regard.

US officials have been campaigning strongly against Russian aerial attacks in Syria, saying the strikes may target the “moderates.” Russia began its air campaign against Daesh and other terrorist groups in Syria in September 2015 upon a request by the Damascus government.

United Nations Special Envoy for Syria Staffan de Mistura estimates that over 400,000 people have been killed in the Syrian conflict. The UN has stopped its official casualty count in Syria, citing its inability to verify the figures it receives from various sources.