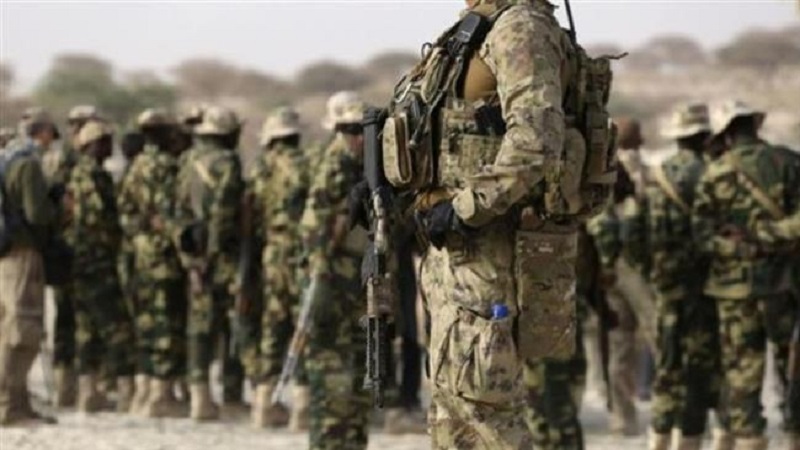 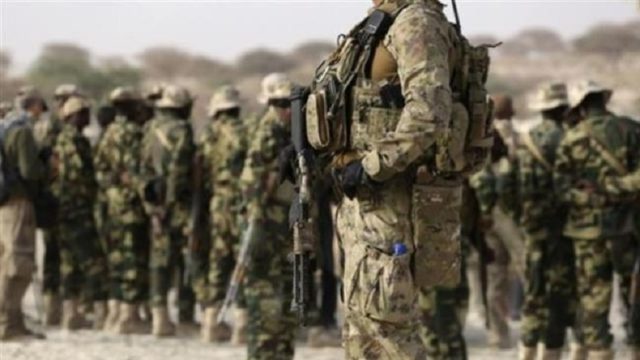 [ Update 19:42 US EST: We have some confirmation on this from our own Syrian sources. The numbers are much higher than just the 14 names released by the Syrian MP via Facebook. That report of 14 officers might be a different group, as it had specific names.

My report has only the numbers and nationalities…and the news that they were not really “captured” but were allowed out as part of a deal between all parties involved. You see the Moroccans and Saudis are missing in these numbers.

No. of American officers is 22

The list of 14 names leaked by a Syrian MP are not the real names of those officers, they are cover names; it is standard practice to use a fake ID when serving in a secret op. This is a leak that MSM is ignoring, as they have about all stories of captured foreign officers in Syria. But then Syria has been quiet, also.

From what we can see so far, getting these foreign officers out was rolled into the ceasefire/evacuation deal to get the jihadis out in order to prevent further Syrian casualties and more damage; furthermore, Syria and Russia just wanted to get it over with. The Russians have already moved for a full and immediate ceasefire and the start of all-party political talks.

Russia is determined to get all the involved parties to the table and get those talks going, therefore they were not going to let the capture of some officers screw things up. We will see what the reaction is to getting the talks going. After that we will be watching closely to see if TOW and MANPAD missiles show up on the battlefield soon as part of a new terrorist offensive.

And finally, Trump will eventually weigh in and he is a wildcard for sure. …Gordon]

[ Editor’s Note: Well the doo doo has hit the fan if this is true. By that I mean we will be asking for confirmation from the Syrian Justice minister’s office. No one is carrying the story.

We were suspicious due to Kerry’s adamant stance that Aleppo had to have a ceasefire first to let aid in, and then the jihadis would be taken out. But that of course smelled of not only getting them resupplied, but also ex-filtrating some key personnel.

Sure, small groups could hide out in well-stocked and hidden underground hideaways for several weeks, to be gotten out later, but that still has a big element of risk to it. You can imagine the reward money that will be out on the street for these “stay behind” creatures.

It has already been reported that your usual market bombing suicide campaign is expected to be launched against free Aleppo to let everybody know “it ain’t over yet”. We could have still a rocky road ahead to ever getting back to normal times, where Aleppo could return to the thriving commercial and tourist city that it was… Jim W. Dean ]

At least 14 US-led coalition military advisers have been captured by the Syrian Special Forces in a bunker in the city of Aleppo, according to media reports.

The event allegedly took place in the morning on December 16, 2016 (Voltaire.net):

“The Security Council is sitting in private on Friday, December 16, 2016, at 17:00 GMT, while NATO officers were arrested this morning by the Syrian Special Forces in a bunker in East Aleppo.”

21stcenturywire.com also provided a list of names of the coalition’s military advisers captured in Aleppo, citing a Syrian member of Parliament:

Fares Shehabi, a prominent Syrian Parliamentarian and head of Aleppo’s Chamber of Commerce published the names of the Coalition officers on his Facebook page on the 15th December (emphasis added):

Very urgent
The Syrian authorities were able, thanks to information thorough, arrive at the headquarters of senior officers and western regional in the basement of a district of Aleppo-is, and capture them all alive.
A few names have already been ex filtered to Syrian journalists including me.
Seen the nationalities (us, French, British, German, Israelis, Turks, Saudis, Moroccans, Qatari, etc.. etc) of these scumbags and their military ranks, I assure you
Syria holds in this moment a big treasures to carry out the negotiations with the countries that have destroyed.

Earlier in December, SF already noted that the US desperate attempts to push a “diplomatic solution” in Aleppo could indicate that the Obama administration stalling for time to extricate US mercenaries and special service members from the Aleppo pocket:

Considering that US-led coalition military advisers have been widely operating across Syria, training and assisting to the so-called “moderate opposition” openly linked with al-Qaeda, the recently appeared reports are likely true.

For instance, British military advisers have officially arrived to Syria to restore combat capability of the ‘moderate’ opposition, retreated from Aleppo:

British military advisers have arrived to Syria in order to restore combat capability of units of the ‘moderate’ opposition, retreated from Aleppo, the Izvestiya newspaper reported, citing a statement of UK Defense Minister Michael Fallon. According to Fallon, 20 British military instructors, who will train the opposition forces, involved in the fight against the Islamic State (IS) terrorist group, have already arrived at the destination.

The dispatch of British advisers was announced in October, long before the recapture of Aleppo by the Syrian government forces. Initially, they had a task to train recruits to conduct combined arms combat, as well as to teach them the basics of tactical medicine and combat engineering. However, the situation changed and the task was changed too.