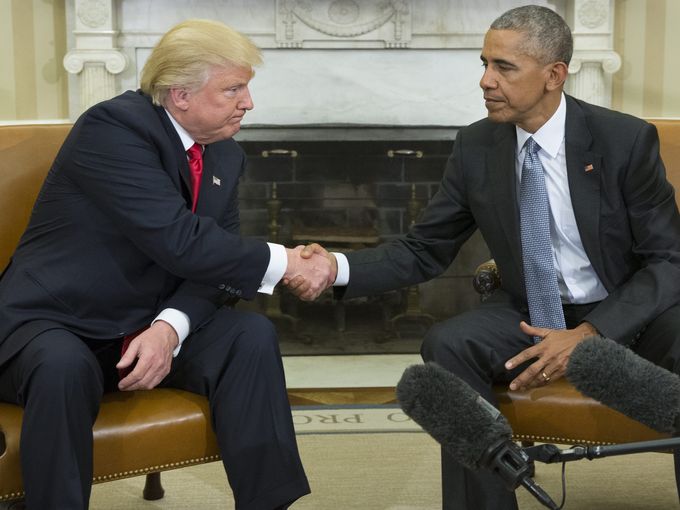 [ Editor’s Note: Mr. Sheikh takes on an interesting topic, the anticipated ploy of Trump to use the carrot on Putin to wean him away from the triumvirate with China and Iran. That would be a tall order indeed.

But where Trump would be pretending to be interested in real long term cooperation with Russia, Putin might also pretend he is interested, but if anyone thinks he is not going to look out for Russia’s best long term interests, they are dreaming.

As Sheikh covers below, the closer bonds between Russia and China now are an obvious direct result of Obama’s foolish Neo-containment program.

Both had been forsaking seeking a large military in preference to building up their economies, where China has succeeded beyond Richard Nixon’s wildest dreams, with Russia lagging behind due to the rape and pillage days, post-Yeltsin.

But suspicious me, I felt the War Party  cranked up the containment program to trigger military buildups by both so it would have a case of their being a growing threat. I feel their plan was to manufacture the threat purely to exploit the opportunities it created for them, and they have taken advantage of it via their aggressive regime change program.

We will have the answers to most of this, the true motivation, within Trump’s first 100 days or sooner. Western aggression has made Russia, China and Iran much stronger, which was really stupid, unless someone really perverted was thinking that was what was needed for a nice big war… Jim W. Dean ] 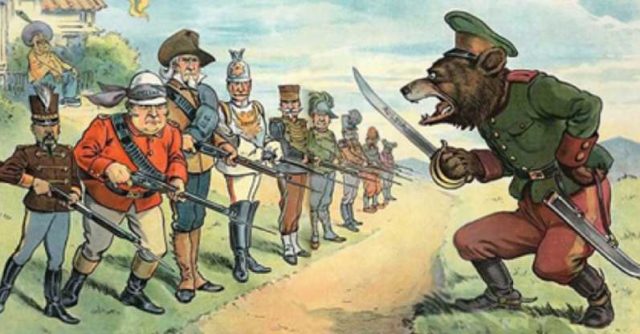 Politics as it is by all definitions, the out-going US president’s certain decisions are pointing to the anti-Russia hole he appears to be digging for the president-elect Donald Trump. With the implicit purpose of forcing the ‘politically inexperienced’ president elect into his footsteps, Obama’s last days politics may leave profound implications at both domestic and international levels.

Whereas, domestically these decisions are likely to fan out what some call ‘Russophobia’, internationally this ‘Russophobia’ might complicate US-Russia relations—something that was very much expected under a Clinton presidency—and put resolution of the outstanding crisis on the backburner.

To say the least, Obama’s last days political behaviour does certainly not qualify as the one defined as a ‘lame duck’ president, traditionally least expected of leaving a troubled legacy. However, the Obama presidency appears to be willing to go to all lengths to undo this tradition and make the life of the next president as difficult as possible.

While the previous week saw, in this behalf, Obama lifting sanctions on the provision of sophisticated weapons to the Syrian “rebels”, clearly an attempt at reversing the Syria and Russian forces’ gains against terrorist outfits, this week saw him ordering an inquiry into whether the US election was hijacked by Russia or not.

While the decision itself is as erroneous as has been Obama’s Syria policy, this decision serves only one purpose – stoke the fires of ‘Russophobia’ in America and Europe, and thereby force the president-elect into following an explicitly anti-Russia policy globally.

In Obama administration’s calculations, this appears to be the only way to stay alive in the Mid-eastern geo-political landscape. The calculations runs something like this: if the US is to stay relevant in the region, the many wars it has orchestrated in the last decade or so must continue.

Hence, the decision to buttress the provision of weapons to the Syrian “rebels”, weapons that will most certainly be used against the Syrian and Russian forces and further ignite the flares of the war.

While the decision about opening an inquiry into elections has certainly created a political stir in the US, inviting a strong reaction from Donald Trump and leading some Republicans to support these allegations of Russian involvement, history tells us that it is the US that has been hijacking, or making attempts thereof, elsewhere in the world, especially in the post- Soviet states.

Strobe Talbott’s ‘Russia Hand’ gives an authoritative account of Bill Clinton’s efforts to ensure Boris Yeltsin somehow won a second term against heavy odds. According to this account, the American experts successfully masterminded Yeltsin’s campaign strategy. Again, the so-called ‘colour revolutions’ in Georgia and Ukraine were manipulated by the US to get a desirable outcome.

Notwithstanding the hype Obama is trying to create in the US, the question is: Can the Obama administration really create ‘Russophobia’ to an extent where the Trump administration can be led to re-establish the US dominance in the world, the kind of unilateralism it was able to enjoy in the 1990s?

The answer to this question has to be in the negative given that the US has already lost the pivotal position globally and has been further beset by China in the pacific region and Russia in the Middle East and beyond.

A Russia-China strategic partnership, although it is yet to take a definite shape, certainly appears to be strong enough to neutralize the Obama administration’s hegemonic ambitions. A strong Russia-China détente is itself a legacy of Obama’s containment strategies that he has been following since 2008.

Therefore, while there could be differences between Russia and China on a host of issues, their economic relations may look anemic to the US policy makers and their energy deals may remain fraught, the development of the strategic partnership is on an upward curve nonetheless, drawing impetus from shared normative understandings of regional and global politics where both are united by their opposition to the American hegemony.

Therefore, while the US policy makers continue to base their policies on the unreal assumption that Russia-China differences are ‘perennial’, the overall unity of these two countries is no longer in doubt and the potential impact it can leave on the US globally has been invited cautious evaluations from within the US, too.

Within the US, there also appears to be some understanding that the US might be able to gain more by extending the hand of co-operation rather than sanctions or adventurism towards both countries. This realization stems from the other understanding that co-operation with either of the two countries might not be able to undo the position of the other.

Were the US to co-operate with Russia, this co-operation will not in any way negatively impact the Sino-Russian relations.

Therefore, the idea of co-operation with both appears to more feasible and pragmatic under the given circumstances—something that the Obama administration is trying to pre-empt by giving massive hype to ‘Russophobia’ both politically (at home) and militarily (in Syria).

While the Obama administration wants Trump to follow an anti-Russia policy to keep the US alive in the larger Asian continent, such a policy might equally accelerate the process of the emergence of a strong and long-term Sino-Russia strategic partnership.

An alternative policy path, one based upon co-operation rather than confrontation, can yield significantly different results for both Russia and the US both globally and regionally. Although Donal Trump has advocated the hand of co-operation, we are yet to see how his election manifesto eventually turns into a policy.