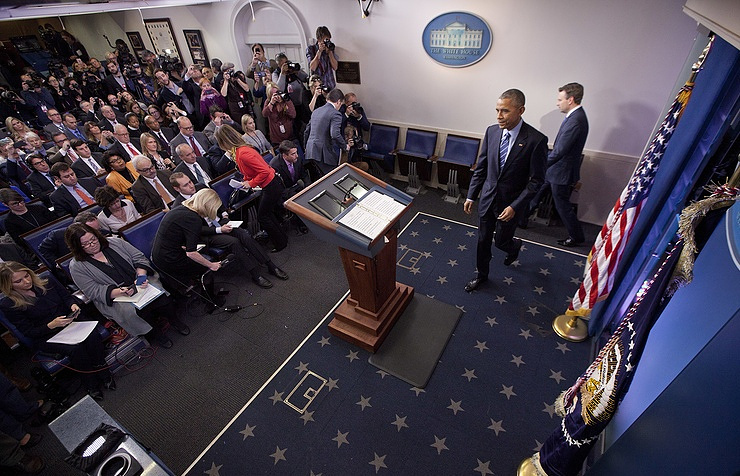 The Russian president’s spokesman, Dmitry Peskov, said earlier in the day that the US should “either stop talking or finally present some proof, otherwise it begins to look unseemly”

“We will provide evidence that we can safely provide, that does not compromise sources and methods. But I’ll be honest with you, when you’re talking about cybersecurity, a lot of it is classified and we are not going to provide it, because the way we catch folks is by knowing certain things about them that they don’t want us to know,” Obama said during his final press conference of the year, adding that the information has already been submitted to Congress leaders.

“The intelligence I’ve seen gives me great confidence in their assessment that the Russians carried out this hack – the hack of the DNC and the hack of John Podesta,” the president continued, referring to mass leaks that marred the presidential campaign of Hillary Clinton.

The Department of Homeland Security and the Office of the Director of National Intelligence formally attributed the leaks to Russia in early October.

Russia has repeatedly rejected the accusations. The Russian president’s spokesman, Dmitry Peskov, said earlier in the day that the US should “either stop talking or finally present some proof, otherwise it begins to look unseemly.” The reports were also refuted by other sources, including Julian Assange, the founder of the whistleblower website WikiLeaks that published the emails from Clinton’s campaign manager John D. Podesta and servers of the Democratic National Committee (DNC).

Although Obama hinted that “not much happens in Russia without Vladimir Putin,” he stopped short of accusing him directly, adding that the final determination of the Russian president’s role not be announced until the review is complete.

He reiterated his earlier comments in which he vowed to take action in response.

“Our goal continues to be to send a clear message to Russia or others not do this to us because we can do stuff to you,” he said.
The US president also defended the White House’s handling of the situation.”When I look back at how we handled it, i think we handled it the way it should have been handled,” Obama said.

The president added that there were no attempts to tamper with the voting and the vote count itself.
“We did not see further tampering of the election process,” he said.
The US president held his last press conference at the White House in 2016 Friday. Later in the day, he and the first family are to head to Hawaii for an annual Christmas vacation.