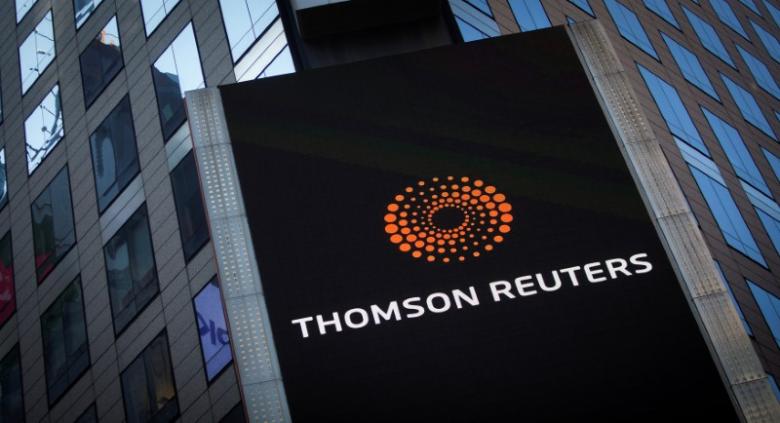 [ Editor’s Note: The corner has finally turned on getting the spotlight on the scale and perversion of the Western media terror war on Syria; and it has been nothing less than that, dressing up hard core terrorists as do-gooder boy scouts so they could continue ruling East Aleppo under the cruel boot of an occupying Sharia Law army.

And that is no stretch by any imagination. The video cameras have already been inside the jihadis’ huge food warehouses filled with the “humanitarian aid” convoy goods, which were then parsed out to insurgent supporters and sold at high prices to others to provide a local financial pipeline for the jihadi payroll.

We have watched while this morphed into a seamy marriage between the major Western Intel organizations and the major news orgs.

The wire services had been getting a free pass on this, living off their old reputation as the straight news folks, but that reputation made them the best fake news purveyors, as their stories were picked up and distributed worldwide by outlets which could claim they had clean hands.

We could find almost no one in corporate media that had any concern about the damage to the historical reputation of Western media — that of being government watchdogs serving the public interest by keeping us informed of the latest gov PR and media scams. Western media have pretty much “gone over” to the dark side.

And we had no media execs jumping off bridges or tall buildings in shame, nor have any of the journalist trade orgs staged walkouts, nor have our academic institutions launched any counter actions. All the latter has to perceive is any threat of pissing off the government and losing their cherished federal grants and they will muzzle themselves. No calls or threats are even necessary.

We are becoming, as some would say, a defeated occupied country by special interests, cooperating against ourselves via some kind of a “smart play” or “going with the winners” rationalization. I see only spotty opposition to the trend at this point. The spinmeisters have compromised all potential pushback forces, via the carrot or the stick… Jim W. Dean ]

In a moment of ironic clarity, Reuters reminds us what the Syrian city of Aleppo looked like before the country was torn asunder by civil war. With literary imagery exuding from every pore of the news service’s pages, ravaged Aleppo is framed as a place where centuries old minarets tower over a vast historic landscape.

If a Reuters reader did not know better, he or she might even think author Dominic Evens and editor Larry King sit weeping real tears over an obliterated city. But Reuters effigies for the hell unhinged in Syria are a day late and a dollar short.

Now that Aleppo is being delivered from the so-called “moderate rebels”, it seems appropriate to catalog just how tilted mainstream news has become over the last years.

Here’s a window into how Reuters has gone from actual reporting, to parroting the US State Department line, and to all or nothing new fascist fantasies. Aleppo to Langley in Virginia, Moscow to Manhattan Thompson Reuters has become the “fake news” poster child.

Back in August of 2012 a brave photo journalists named Goran Tomasevic reported from his time embedded with the rebels in Aleppo. His unbiased photo log shows us a side of Reuters and mainstream coverage that disappeared afterwards. “18 Days with the Syrian rebels” shows up close the horrors and inconsistencies of war. This was long before the reality of US involvement in the civil war against Assad was revealed.

In September of 2013 something changed radically. Just as American President Barack Obama weighed options for possibly invading Syria over still more Weapons of Mass Destruction the country’s legitimate president supposedly deployed against his own people, news coverage in Syria was far more objective than today. Then something strange happened.

Russian President Vladimir Putin wrote an Op-Ed in the New York Times pleading with the American people directly, in order to resolve a potentially disastrous situation diplomatically. After this point things in the media got very strange indeed. Just afterwards, Reuters was allegedly hacked by a group called the Syrian Electronic Army (SEA), that supposedly posted “fake news” on various news service blogs and social accounts.

SEA is thought to actually be an Iranian group that uses its hacking prowess to simply post dissenting or divergent stories on what they perceive are untruthful outlets. The larger point here is that America’s and the coalition’s roles in Syria became not only more evident, but finally desperate.

When teenage photographer, Molhem Barakat was killed in Syria we first began seeing imagery of the White Helmets organization. This The Telegraph photo essay about him reveals the heroic overtones Barakat captured for Reuters in 2013.

The Washington Post and dozens of other mainstream outlets would later use his touching and often extraordinary photographs to convey the plight of the rebels. From late 2013 through the middle of 2014 Reuters photographs and news stories ran hard with the White Helmets civil defense workers as saviors of Aleppo.

Reuters was even accused at a point, of being complicit in “staged” photographs to depict the Syrian rebels in a positive light. Then when downstream media picked up Reuters photo packaging, the significance of “false reporting” took on new import, as CNN, Business Insider, BuzzFeed, Yahoo News and others disseminated the softer side of the rebels.

Throughout 2014 Reuters news reflected continually an anti-Assad bias. This report on ISIL oil revenues only tells readers part of the story of blackmarket oil, as we later found out when the Russian air forces began obliterating oil tankers crossing the Turkish borders in mass. Reuters makes ISIL’s oil operations sound miniscule, and there is no mention of Israel as a final destination either. Increasingly, Reuters reported the coalition line where American led bombardment of ISIL was concerned.

As I said previously, it was not until Putin’s defense ministry televised killing ISIL on Youtube, that westerners got a whiff of what was really going on in eastern Syria and Northern Iraq. Also in 2014, Reuters reports filled western media with false notions like Qatar’s altruistic reasons for weighing in with the US on Syria. As we later learned though WikiLeaks, Qatar was funding and arming ISIL all along.

Then in 2015 the media misinformation circus took another turn. In this story from 2015 Reuters fills the public in on the Pentagon actually paying “moderates” in Syria, but the story stops short of being credible for its straight “reflecting” of Washington’s dogma and tone.

Readers learning the Obama administration was paying $400 a month to jihadists was tempered in the conclusion the rebels had to sign a document promising to be humane. The story reads like a 6 year old’s logic of Lego put into play as news. Then in September 2015 the heat was turned up.

When Vladimir Putin sent in his air forces to deal with ISIL the US led coalition was caught on the ground. A year and hundreds of millions of dollars later, Coalition air strikes that hit nothing were revealed when the Russians destroyed convoys of ISIL oil tankers on TV.

Interestingly, or I should say “amazingly”, not even Wikipedia’s account of Putin’s air war sheds light on this “televised” aspect of the Syria air war.

Once Russia’s air forces began turning the tide in Assad’s favor, Reuters and the downstream media parroted the “war crimes” outcry. With mud on the faces of every media outlet from London to LA, the only strategy left must have been “all or nothing”.

Finally, news this morning from Reuters tells us of an “unnamed” U.S. official familiar with an alleged finding by the CIA, that Russia assisted Donald Trump in beating Hillary Clinton to the presidency. These super-spooks the western media is now citing were supposedly “clued” that Russia was involved because the preponderance of WikiLeaks discoveries were Clinton, DNC or Podesta focused.

Using the same sort of super sleuth dogma we’ve seen from Secretary of State John Kerry, Senator John McCain, and various agents of Obama’s administration, Reuters points to anyone with a dissenting opinion as “extremist”.

I swear to God if I did not know better, I’d be convinced we’re all back in the schoolyard being pointed at by the class bully. Instead of condemning Hillary Clinton and the Democratic Party for election rigging and abuses of power in office, Reuters chooses to report CIA spooks too cowardly to show their faces or their evidence? Now that is extreme.

Phil Butler, is a policy investigator and analyst, a political scientist and expert on Eastern Europe, exclusively for the online magazine “New Eastern Outlook”.
___________