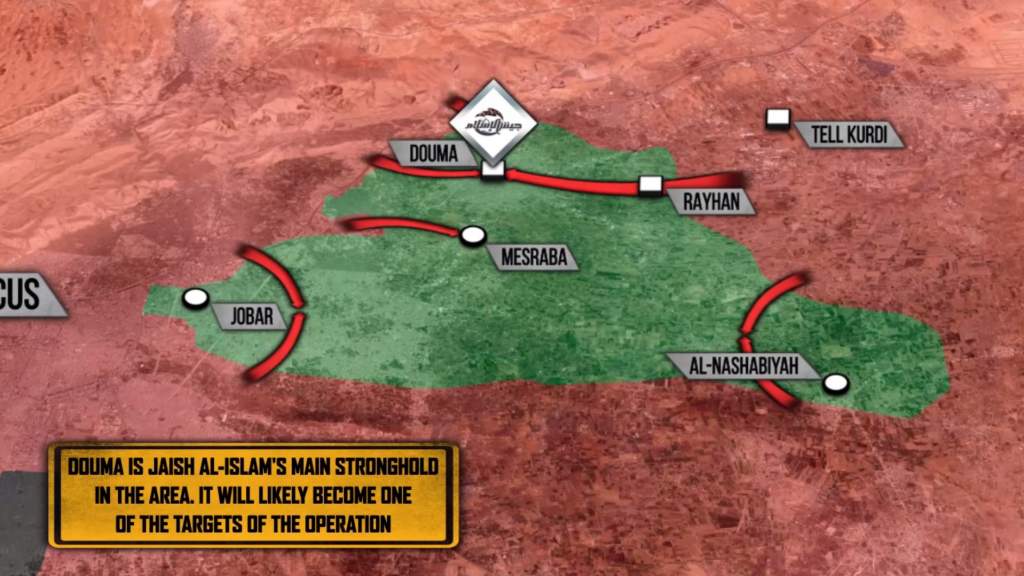 Government forces are preparing to take control of a key region near the Syrian capital, Damascus.

The Syrian army and its allies are going to launch a fresh military operation to force Jaish al-Islam militant group to surrender their strongholds in the region and to withdraw to Idlib.

Douma is Jaish al-Islam’s main stronghold in the area. It will likely become one of the targets of the operation.

According to pro-militant sources:

The operation will be a major blow to the so-called “moderate opposition” and to allow to secure the area of Damascus.