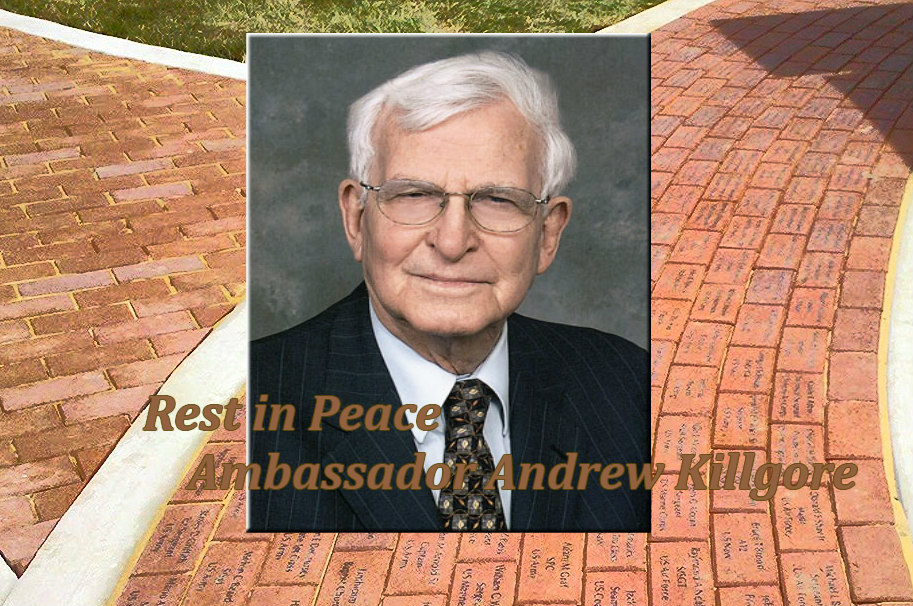 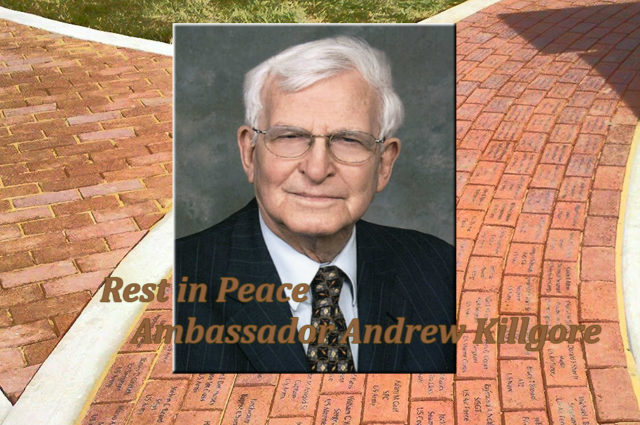 A good man, old school, goes down at 97…after a long time in the trenches 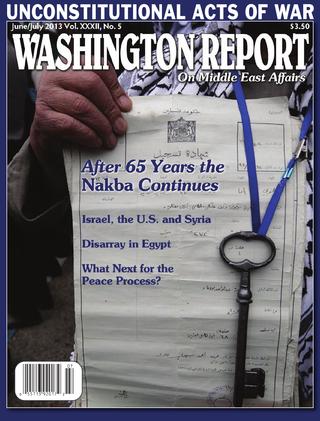 [ Editor’s Note: It is my fondest wish to remain in the good fight as long as Andrew Killgore did. I hope that among his papers are found his secret to good health, especially his mind. When dealing with an elderly relative this year I had a rushed education in geriatrics, with one of the shockers being that, of the longevity winners who make it to the 90 to 95 range, 40% have dementia.

Henry Kissinger is still going strong at 93, despite his indulgence in fine dining, and David Rockefeller, 101, long rumored to have been taking stem cell injections, as he certainly could afford it.

Andrew Killgore’s Washington Report on Middle East Affairs was kind of an early VT in print form, in that he was not afraid to take on the red line issues that most active or retired diplomatic officers do, especially those critics of Israeli policy. But Killgore never flinched in following his moral compass; or as his Navy vet friends might say, he had his rudder deep in the water, where political whims and winds did not affect his course.

I never had the pleasure to meet the man, as DC is far off my beaten trail. I once considered living near it to be able to partake of its wealth of domestic and international exposure, but even with going out as far as the north end of the Shenandoah Valley, a wonderful place to live, the prices were sky high, including rentals. Atlanta became my permanent substitute; and the wonder of our current, affordable communication options is beyond what I could imagine, even 15 years ago.

As readers know, we do not do too many obituaries here, but when we do, they are special. Killgore was an old school role model, and despite its being an old cliche’, I will say it anyway — “They are not making them like him anymore.”

If  you ever wanted proof that Wikipedia was an Israeli-run operation, take a look at how emaciated Killgore’s Wikipedia is. They stripped it bare of his long battles and victories as a constant, but fair, critic. In a way, his skeleton Wikipedia is a salute to the man, because they wanted to bury the truth of his decades long fight for decency and justice.

But Killgore did not need Wikipedia to validate him. He did that himself in spades… leading from the front. We honor his legacy, and will be looking around for someone to fill his shoes, while the rest of us youngsters in our late 60’s and 70’s are still trying to learn some things… JD ]

Retired U.S. Ambassador Andrew I. Killgore, publisher of the Washington Report on Middle East Affairs, died Dec. 20, 2016 in a Washington, DC hospice at the age of 97. Killgore was the president and a co-founder of the American Educational Trust (AET), a non-profit organization founded in 1982 by retired U.S. Foreign Service Officers to provide the American public with balanced and accurate information concerning U.S. relations with Middle Eastern states.

In addition to publishing the Washington Report on Middle East Affairs, a magazine with the largest circulation of any Middle East-related publication in North America, AET has published several books, runs the Middle East Books and More bookstore in Washington, DC, and for the last three years has co-sponsored a conference at the National Press Club on the Israel Lobby. Killgore was active in the organization until his death, and participated in the planning for next year’s conference, to be held March 24, 2017.

Ambassador Killgore wrote extensively for the Washington Report on Middle East Affairs, particularly on the Persian Gulf states,  the Israeli-Palestinian dispute, and the Lockerbie bombing. He appeared many times on national radio and television to discuss U.S. Middle East policy and the history of the Israel-Palestinian conflict, and Iranian-Arab relations.

A native of Alabama, Ambassador Killgore received a B.S. from the Livingston University (now the University of West Alabama) and a J.D. from the University of Alabama School of Law in 1949 after serving in the 7th Fleet of the United States Navy during World War II. He served as a member of the U.S. Displaced Persons Commission in post-war Germany.

In 1950 he joined the Department of State as a Foreign Service Officer and served in Frankfurt, London, Beirut, Jerusalem, Amman, Baghdad, Dhaka, Tehran, Bahrain, and New Zealand. He served as a desk officer in other Near East and South Asia regional bureau positions in the State Department in Washington, DC before being appointed U.S. ambassador to Qatar in 1977. 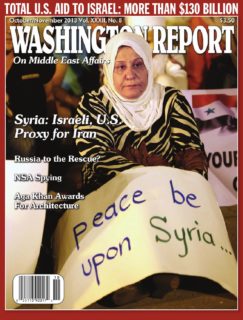 Following his retirement in 1980, he devoted his time to publishing the Washington Report on Middle East Affairs, and speaking to civic and community activism organizations, as well as universities. He also served as president of the M usa Alami boys town foundation of Jericho, was a board member of American Near East Refugee Aid, co-founder and board member for one year of the Council for the National Interest in Washington, DC, and a board member of If Americans Knew.

Since the founding of the American Educational Trust in 1982, its magazine, the Washington Report on Middle East Affairs, has received an award from the national Association of Arab Americans (NAAA) in 1993.

For his work as its publisher, Ambassador Killgore received awards from the American-Arab Anti-Discrimination Committee (ADC) in 1992, from the Council for the National Interest (CNI) and Partners for Peace in 1993, from the United Muslims of America and the Islamic Association for Palestine in North America in 1994, from the Jerusalem Fund for Education and Community Development and the Center for Policy Analysis on Palestine in 1995, and the National Council on U.S.-Arab Relations (NCUSAR) in 2012.

Ambassador Killgore also received the “Foreign Service Cup” in 1997, awarded to a retired foreign service officer annually who is selected on a competitive basis by the nation-wide membership of Diplomatic and Consular Officers, Retired (DACOR).

The citation that accompanied the award read: 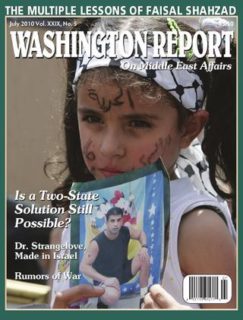 For impressive contributions to increased awareness and understanding of the Middle East and the many dimensions of United States’ interests in the area.

His service took him from Western Europe to South Asia and beyond to the South Pacific, but it is particularly in seven Middle East posts that he acquired a deep knowledge of the complex, controversial and challenging problems of the region. His service culminated in the Emirate of Qatar as U.S. ambassador.

In 1982 he became co-founder of the American Educational Trust, established in pursuit of broader knowledge and understanding of the problems of this area. This led to the publication of a periodic newsletter, the Washington Report on Middle East Affairs, with very few subscribers initially. Now it has 30,000 more than the combined circulation of all other monthly magazines that focus on the region.

Remarkable as the circulation figures are, so too are the perseverance and the courage he has shown in consistently promoting peace in the area based on U.N. Security Council Resolution 242. In the process, he has made it possible for a wide variety of views to be represented, even though they may be disputed, as is so much of what happens in the region. It is not surprising, therefore, that the includes accounts of events which much of the rest of the media have been reluctant to cover. In addition, he has been a frequent participant in radio and television programs as well as a speaker in demand for civic groups and university audiences.

Ambassador Killgore was pre-deceased by his wife, Marjorie, and daughter Beth Krieger. He is survived by his children Andrew N. Killgore, Dr. Jane Killgore and Roberta K. McInerny, and five grandchildren.