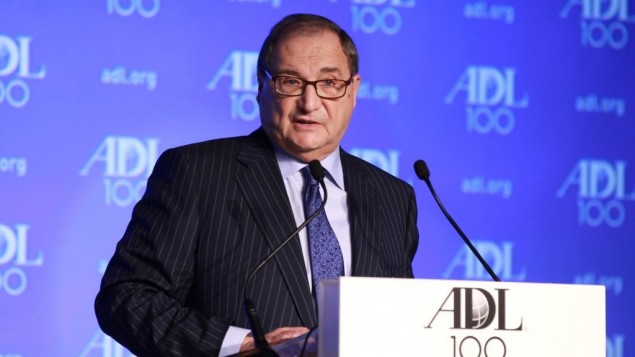 “Ambassador-designate Friedman’s ugly language in describing ADL, its current CEO, and J-Street is unacceptable and it undermines the need for unity in our community to face the challenges we know are ahead of us, whether it is rising anti-Semitism or the threat of radical Islam,” Foxman said in a statement distributed Tuesday by the ADL about David Friedman.

Trump last week nominated Friedman, a bankruptcy lawyer, a longtime friend and one of his chief surrogates to the Jewish community. A number of liberal Jewish groups have raised concernsabout the nomination, noting that Friedman is heavily invested in the settlement movement and has called J Street, the liberal Jewish Middle East policy group, “worse than” Jewish collaborators with Nazis. Four Jewish congress members, all Democrats, have also opposed the nomination.

Jewish Insider this week reposted a post-election interview in which Friedman castigated the ADL as “morons” for raising questions about a pre-election ad in which Trump spoke about secretive international banking conspiracies while featuring images of Jews that Trump associated with his Democratic rival, Hillary Clinton.

For noting the ad’s resemblance to classic anti-Semitic themes – albeit without mentioning the word “Jews” – Friedman said the ADL “completely destroyed and perverted their own mandate.”

Foxman said he hoped “that as ambassador, Mr. Friedman will exercise greater restraint in his public remarks, recognizing that it is far better to disagree civilly than to attack indiscriminately.”

Foxman’s successor, Jonathan Greenblatt, has yet to release a statement. In the interview, Friedman said Greenblatt is on the “far left,” but apparently did not cite evidence.

The Union for Reform Judaism, citing the Jewish Insider interview, wrote Trump asking him to clarify his policies in light of Friedman’s statements and his suggestion that ADL and other groups that Trump does not admire would not be welcome at the White House.

“Mr. President-Elect, is it your intention that those who take issue with you will not be welcome at the White House?” said the letter signed by URJ’s president, Rabbi Rick Jacobs. “Will your doors only be open to those who agree with you? How do you square Mr. Friedman’s approach with your pledge to every citizen of our land that [you] will be ‘president for all Americans?’”

Separately, Ronald Lauder, the president of the World Jewish Congress, expressed support for the choice of Friedman after meeting with the nominee.

“A thoughtful and accomplished individual, David Friedman is both a proud American and a passionate advocate of the benefits that the United States and Israel have enjoyed from a friendship that has spanned decades,” Lauder, who has known Trump for decades, said in a statement. “I am confident that he will be an outstanding US ambassador to Israel.”

A number of right-wing groups have also welcomed the Friedman nomination.