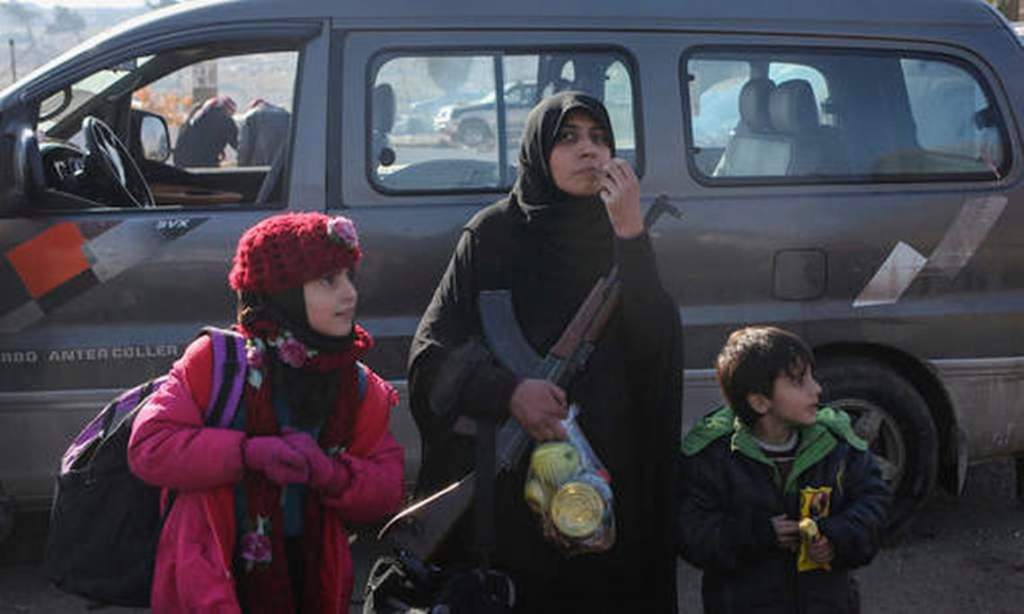 [ Editor’s Note: We finally had some response from the US today after the new Iran, Russia, Turkey tripartite declaration to move forward on a Syrian resolution themselves. Those omitted from the process took a day to absorb the situation before commenting.

The US took a middle of the road position, saying it was not worried about being left out and would welcome any solutions that would “lead to a reduction in the bloodshed…whether or not we are at the table”. Of course, the question there would be if the US would continue funneling arms, ammunition and logistical support into the opposition and jihadi groups in support of their goal to overthrow Assad militarily.

The US did not step up to say that it would do all it could to push its groups to join a wider ceasefire, as it has already been demonstrated it does not have control over its groups, since the smart ones have diversified support structures. The Gulf States have been silent, and their response may remain so.

The key player now will be Turkey, which supports the now main enclave of al-Nusra in Idlib province, which has been getting bigger as Damascus pushes the radical Islamists in its suburbs into ceasefire evacuations to Idlib where the rebel force is growing in numbers, and closer to the Turkish border logistical supply lines.

Turkey may have maneuvered itself into the deal maker or deal breaker situation here. And today’s news has the Islamist hardliners not happy with Erdogan’s new cooperative response, as they are anti-Iran all the way and are denouncing the Aleppo deal from within Erdogan’s ruling coalition. Peace in Syria faces a new set of hurdles now, but with the Syrian coalition in much better shape to deal with them… Jim W. Dean ]

Iran, Russia and Turkey say fighting against terrorism is a priority in Syria rather than regime change. Lavrov said the trio have agreed to guarantee Syria peace talks and support expansion of a ceasefire in the war-torn country.

The agreements were included in a joint statement as Lavrov met his Iranian and Turkish counterparts in Moscow. The ministers also agreed on providing free access for humanitarian aid and movement of civilians in Syria. Lavrov said the evacuation of the people from eastern Aleppo will be completed in one or two days.

Meanwhile, Russian Defense Minister Sergei Shoigu said the joint meetings in Moscow were held after the U.S. and its allies failed to resolve the crisis in Syria.