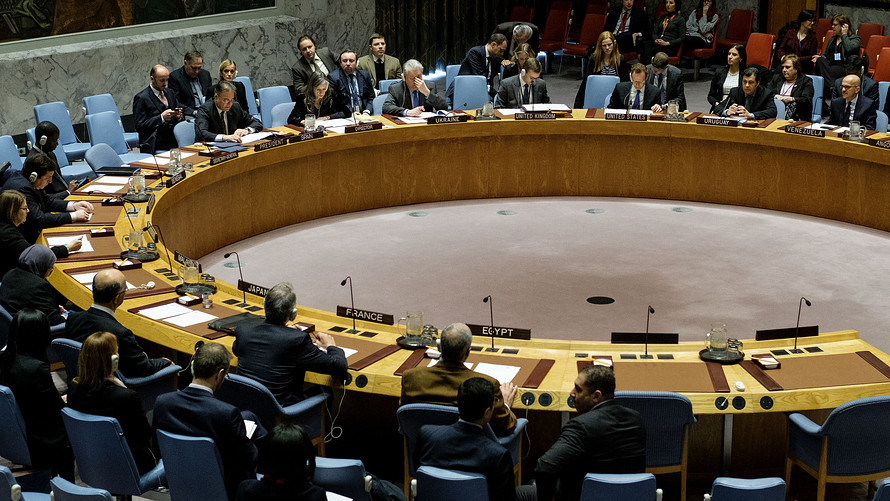 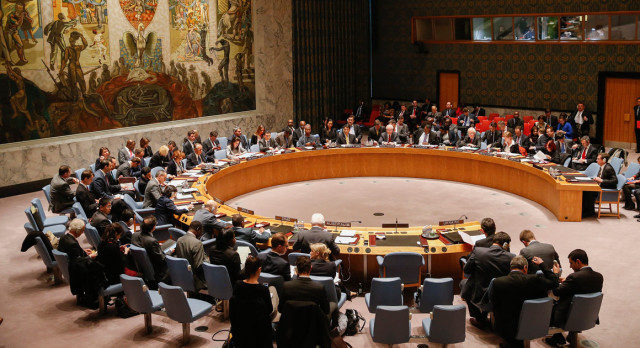 [ Editor’s Note: Obama sends Bibi an “up yours” for his attempt to end run his presidential authority by going to Trump to stop the censuring resolution on the continued Israeli settlement building. With Samantha Power abstaining, it passed with the other 14 votes.

It was a huge defeat for the Jewish Jihadis and their long record of terrorizing anyone opposing Israel’s illegal hegemony over the Palestinian people. The atheist Zionists that flooded into Palestine before and after WWII conducted a terror war upon the British who had just lost its treasure and young men in defeating Germany.

British historian David Irving released archive material that British intelligence had wire taps on the Board of Deputies of British Jews, which picked up that most all the major terror attacks on British troops were being approved beforehand by them.

This was never made public, as Britain was in critical negotiations with the US for a desperately needed post-war loan, which Bernard Baruch had been assigned to handle.

Mind you, this was a time when the families of British soldiers who were angry at how little was being done to crush the Zionist insurgency killing their sons, found themselves having their heads clobbered by British police who had been ordered to keep them off the streets.

Trump will probably follow through with this pledge of allegiance to Israel by moving the US Embassy to Jerusalem and killing the peace process. Mr. Abbas could see the end of his days, as he could never lead a new massive protest. Trump’s move could come back to haunt him, in the same way that Obama’s mistakes in Ukraine and Syria will stain his legacy.

The Iran deal will be Obama’s only lasting contribution to world peace after becoming an American war president, after receiving his affirmative action Nobel Peace Prize — a stain on the earned accomplishments of black America which are so many. Trump seems to want his presidency to be known as the best reality TV show ever, and for his “rule by tweet” addiction.

The United Nations Security Council (UNSC) has passed a resolution censuring Israel for its settlement activities in the occupied Palestinian territories after the US refused to veto it, reversing its longstanding policy of shielding the Israeli regime from condemnatory resolutions at the world body.

The Egyptian-drafted resolution was passed with 14 votes in favor and one abstention on Friday. Egypt had withdrawn the measure after the Israeli regime asked US President-elect Donald Trump to pressure the North African country to delay voting on the draft resolution.

Israel, wary of indications that the US might veto the resolution, turned to Trump for support , who has defended Israel against condemnation for the settlement construction, and slammed the Obama administration for the “shameful move” against Tel Aviv.

It is the first resolution on Israel and the Palestinians that the 15-member body has passed in about eight years.

The Security Council was initially scheduled to vote on the resolution on Thursday.

However, on Friday, Malaysia, New Zealand, Senegal and Venezuela put forward the draft again, which called on Israel to “immediately and completely cease all settlement activities in the occupied Palestinian territory, including East Jerusalem” al-Quds.

It also said the construction of Israeli settlements has “no legal validity and constitutes a flagrant violation under international law.”