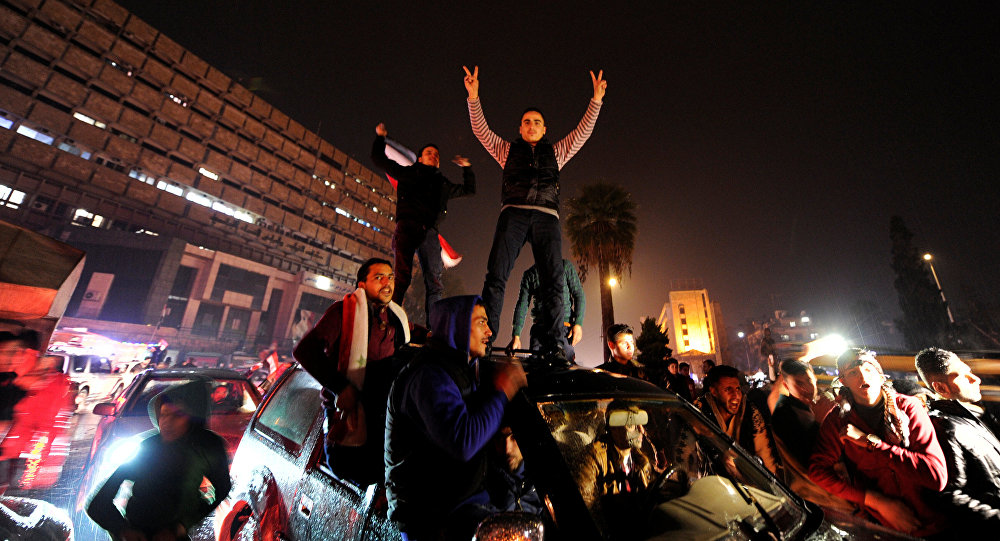 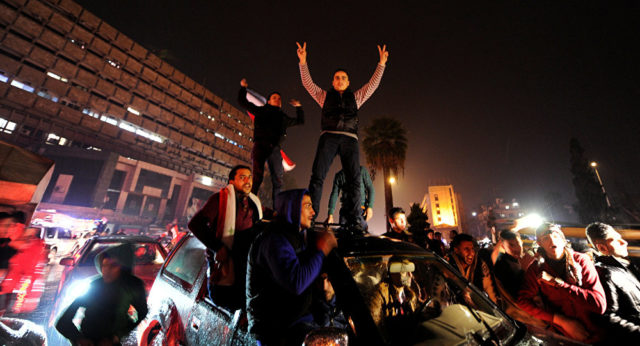 Celebrations in Aleppo after its full liberation

[ Note:  It got cold in Aleppo and the snow came down, but the spirit of the people of Aleppo was not dampened, as they have the boot of the jihadis and their Western and Gulf State backers off their necks… for now anyway.

It’s always a pleasure and honor to be asked to do live coverage and a retrospective to an historical event like this. It was especially so for this show, as it had Mike Harris, Gordon and I in succession, something that we have never been asked to do before.

They gave us a good amount of time to cover this horrible story that has finally taken an upturn for the long-suffering people of this once vibrant city.

Only five years ago, Al Jazzera had done a feature show on what a wonderful model of ethnic and religious diversity that Syria was, with its various communities living peacefully side by side until outside players decided to spread the color revolution disease around.

The Grand Mufti described in a recent interview in Ireland how he had had six free hospitals in Aleppo that provided care to all comers. When the jihadis took over, they stripped his dialysis center of all its machines to take to Turkey to sell, something that happened to most all the production facilities around the city — entire factories taken apart and trucked to the land of Erdogan.

When we visited the Grand Mufti in October 2015, he described how he had tried to give some balance to the Western coverage of the religious strife by having his imams do prayer events in Christian churches in a show of solidarity, which put them all on the death lists of the jihadis as apostates, but they did so anyway.

The Western press never covered it, as it never covered the Grand Mufti because he is such an impressive ambassador for his country. The US will not not give him a visa to come here because they know he will have a positive impact. It’s still a nasty world, but a little less so with Aleppo free… JD ]

Scenes of jubilation on the streets of Aleppo; the residents of the Syrian city celebrate its full liberation following the evacuation of the last batch of militants from Aleppo’s east. The Syrian army spokesman says Aleppo liberation has ushered in a new era of fight against terror. He called on all militants to lay down arms pledging to carry on with anti-terror operations until the full liberation of entire Syria.