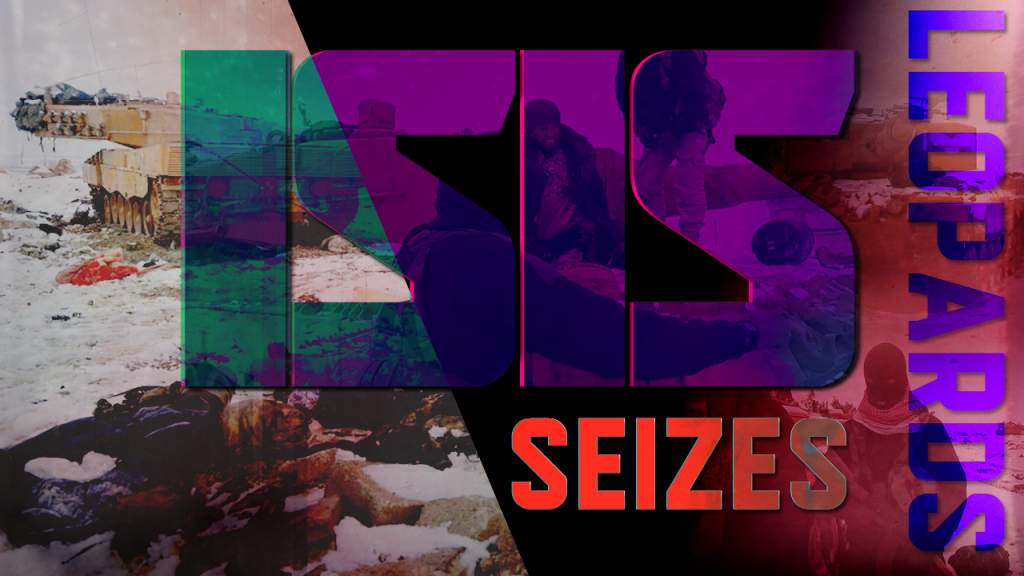 Turkish forces continue to face hard times near al-Bab. After their withdrawal from the al-Bab hospital on December 22, ISIS used at least one suicide bomber against the Turkish army and pro-Turkey militants and continued attacks in the area.

As result of the clashes, ISIS captured two Leopard 2A4 main battle tanks, one ACV-15 vehicle, a buldozer and lots of various munition from Turkish forces. Photos confirm that Turkish forces suffered a major defeat. The ISIS-linked Amaq news agency claimed that the Turkish Army and pro-Turkey militant groups had lost over 70 fighters. The Turkish military confirmed that 16 its soldiers were killed claimed that it had destroyed 90 ISIS targets in al-Bab killing 67 terrorists.

Later that day, the terrorist group released a video of burning alive 2 Turkish soldiers – Fathi Shahin and Saftar Tash. The soldiers were captured by ISIS near al-Dana in the end of November.

By December 23, most of pro-Turkey militants have fled in the direction of Azraq from western al-Bab. The Turkish army’s personnel are now trying to gather the so-called “opposition fighters” and to force them to prepare for a new offensive attempt. Photo-evidence still show a high number of Turkish troops among militant infantry. Turkish artillery units and warplanes once again launched massive strikes on targets inside and outside al-Bab.

Late on December 22, ISIS units launched offensive near Jubb al-Jarah in eastern Homs, engaging the National Defense Forces (NDF) in the outskirts of Khattab. By December 23, ISIS terrorists have taken control of Khattab and launched a fresh push in the direction of Jubb al-Jarah. Clashes are ongoing in the area.

Fighting between ISIS and government forces continued in the area of the Tyas Airbase and the Tyas Pumping Station. Since December 22, the terrorist group have made two failed attempts to advance on the army and its allies in the area, suffering loses in the manpower. The situation remains tense.