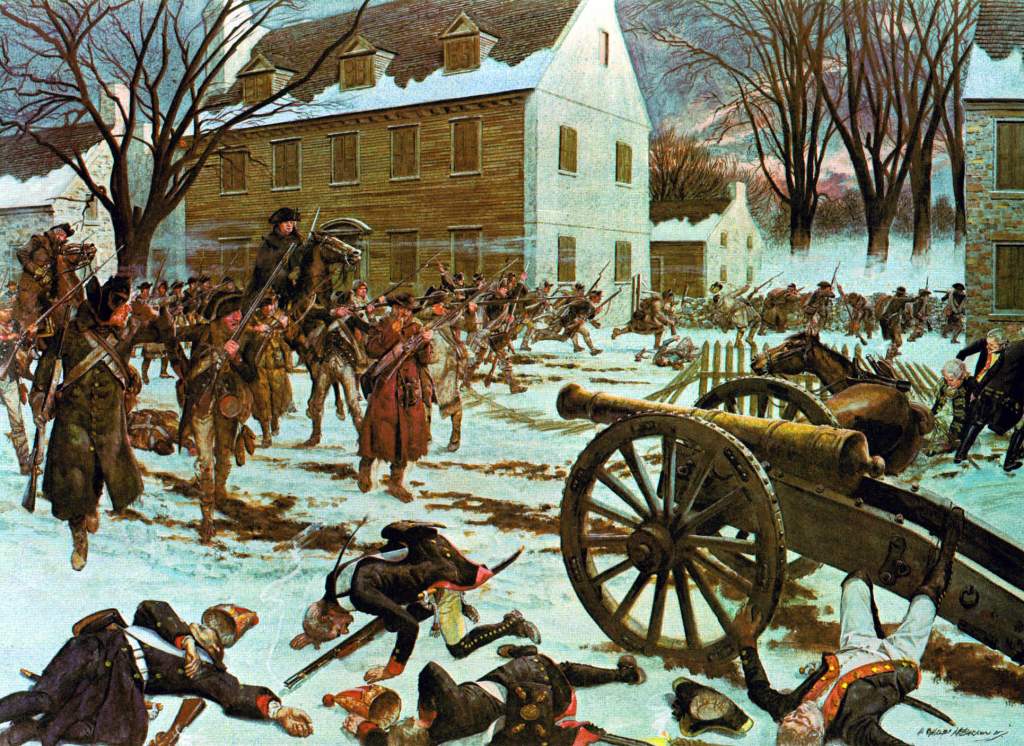 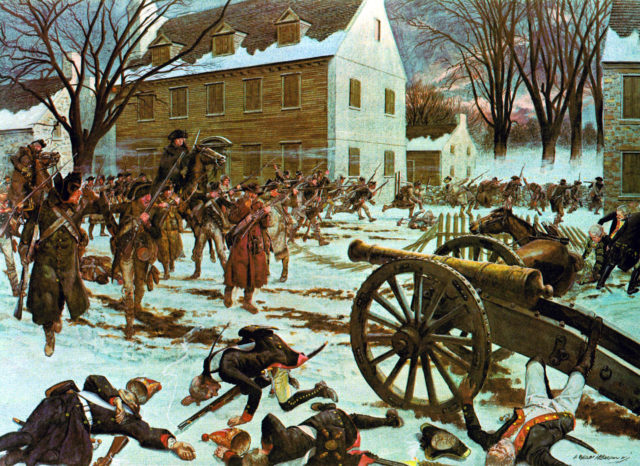 Many freethinkers and non-religious people feel somewhat left out during the Christmas season. We don’t feel right pretending we believe the Bible story of a virgin giving birth to the son of God in Israel. We strongly doubt, and many of us openly reject, this religious story.

Thankfully, there is something very real and very positive that did happen on Wednesday, December 25th and Thursday, December 26th in 1776 – the Deist George Washington and his army of rebels crossed the Delaware River on the night of the 25th and successfully fought the Battle of Trenton on the 26th.

This was much more than a military victory for the American rebels. The Continental Army had just been pushed out of New York and New Jersey by the most powerful military force on Earth at that time, the British army.  The Americans in 1776 still saw themselves as British subjects, so the army they were fighting was really their own army. This is made evident by Paul Revere who during his famous ride to warn the rebels of the approaching army did NOT yell, “The British are coming!” but did instead yell, “The regulars are coming!”

On Wednesday, December 25th, the American rebel army began their dangerous crossing of the Delaware River into New Jersey at sunset. Due to the courage and skill of John Glover and his Massachusetts men, they had the rebel army and their horses and supplies across by the early morning hours of the 26th. After a march through the snow to Trenton, they commenced their assault and soundly defeated the surprised Hessians.

This rebel victory at Trenton helped greatly to inspire Washington’s men as well as inspire the discouraged supporters of the American Revolution to continue the fight. It also gave Washington and his men much needed food, supplies, weapons and ammunition they captured from the Hessians.

Deism does not have any man-made dogmas pretending to be directives from God. The only belief that is common to all Deists is belief in The Supreme Intelligence/God. Beyond this individual Deists are free to make up their own minds regarding such topics as life after death, God intervening in human affairs, etc. Regarding the latter, the Deist George Washington believed God did intervene in human affairs through Providence, but wrote that he believed Providence is “inscrutable.” The truth to this would seem evident regarding the Battle of Trenton. There were no Americans who were killed during the battle and only two officers and two privates were wounded. One of the wounded officers was the Deist James Monroe. James Monroe is the person responsible for freeing the Deist Thomas Paine from the French prison of the Luxembourg in 1794, which saved Paine’s life and allowed him to write part three of The Age of Reason and to work to promote Deism.

Celebrating Trenton night and Trenton day on the 25th and 26th of December is a very meaningful and real way of showing heartfelt appreciation for these heroes of free-thought and progress. Without their courage, dedication and sacrifice the world would still be living under the sickening belief in divine rights of kings and the ungodly combination of religion and government. 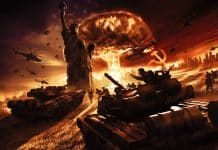