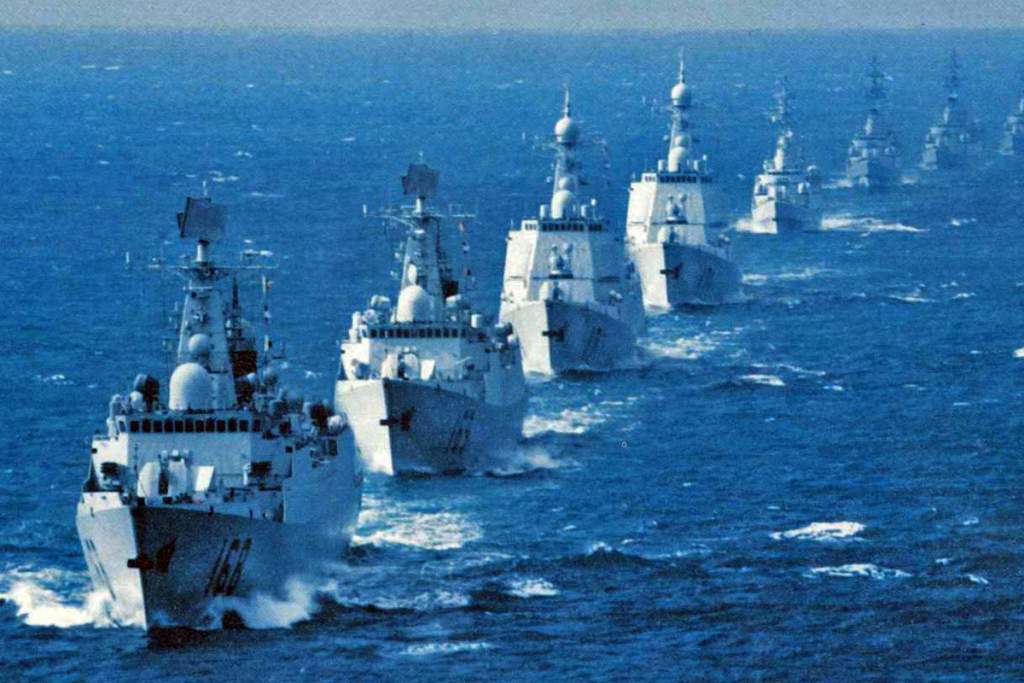 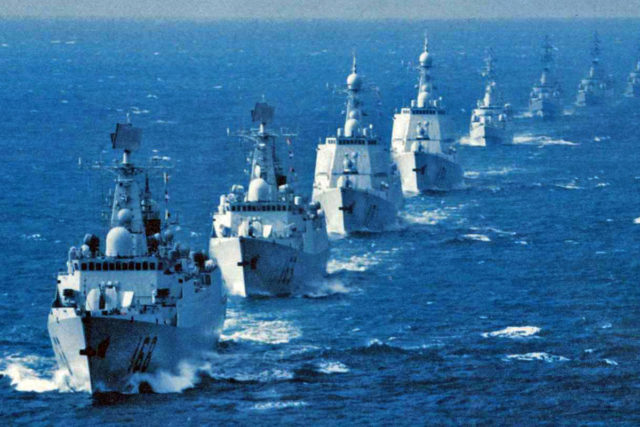 by Valentin Vasilescu for Veterans Today

If the military policy of the Trump administration is foreseeable in the fight against the Islamists and the deployment of NATO in Eastern Europe, it is more difficult to anticipate in the Far East. Valentin Vasilescu gives some leads.

Donald Trump will be the president of the United States for the next four years. “America” ​​is the “gendarme of the world” and also determines the lines of action of NATO. His military policy will be dictated by Lieutenant-General Michael Flynn, the presidential adviser in charge of National Security.

One of the certainties about the Trump administration is the radical change of attitude towards Bashar al-Assad’s government, visible through the fact that Michael Flynn was dismissed from his post as IAD director by outgoing President Barack Obama for Demanding the cessation of the support of the Islamic mercenaries. From this perspective, it is very likely that the Russian base of Hmeymim will become the unified command center for the struggle against the Islamic mercenaries operating in Syria. In the same vein, the United States will have to agree to engage alongside the Syrian Arab army against Islamic mercenaries in military actions on the ground already involving several Spetsnaz brigades and Russian tanks. Aviation from the anti-Daesh coalition led by the United States will be able to provide air support to the troops. Since the coup in Turkey, and until now, Michael Flynn has shown his support for President Erdoğan. Thus, it is logically foreseeable that the United States will introduce it into their equation to solve the Syrian crisis, as well as Vladimir Putin and Bashar Al-Assad, abandoning the variant support for Kurdish fighters.

While the chances of US cooperation with Russia in the Middle East are very high, as regards the de-escalation in Europe of the situation created by the enlargement of NATO to the borders of Russia, Are lower. Donald Trump spoke on the phone to Polish President Andrzej Duda and assured him of the military support of his country. However, Trump did not speak to the president of Romania, nor to that of Bulgaria. This means that NATO’s planned deployment of an armored brigade in the Baltic countries and Poland will be carried out during Donald Trump’s term but without sending troops or combat equipment to other countries NATO in Romania and Bulgaria. And the Black Sea will remain a Russian lake. It will be possible to discuss the lifting of the US anti-missile shield in Poland and Romania, under the condition that Russia provide a trading currency safeguarding the major areas of interest of the United States, other than in the Far East.

The likelihood of change in the current US strategy towards China is much greater, given that China’s economy has surpassed its own and that its military is in a position to More advanced in the military field. In South Asia, 60% of the world’s population lives, which is why the United States does not want to lose this market share to China. A modification of the US strategy would be to prohibit the access of the Chinese fleet and aviation to their zones of economic and military interest. This is possible by creating four monitoring areas with satellite and air means to track all movements in China.

The first area concerns access to the South China Sea from the Indian Ocean, with the necessary crossing points of the Straits of Malacca and Sunda. The key role is played by Singapore which controls the Straits of Malacca (the main route of China’s oil supply from the Gulf). In Singapore, the United States uses the Sembawang Naval Base and the Paya Lebar Air Base. The second sector concerns access routes to the China Sea from the Pacific Ocean, with points crossing the Sulu Sea, the Celebelor Sea (south of the Sulu Sea) and Babuyan Channel The northern Philippines and Taiwan). Coordination of United States reconnaissance missions on internal communications lines in the South China Sea may be carried out from the US Andersen Air Base or the Guam Island Naval Base in the Mariana Islands. The third sector concerns access to the East China Sea through the Pacific Ocean, with the necessary crossing points in the south by the area between the island of Taiwan and the Okinawa archipelago (Ryukyu) And to the north by the area between the Okinawa archipelago and Kyushu Island (southern end of Japan). The distance between Okinawa and Kyushu is the same as that of the island of Taiwan and Okinawa (600 km). Coordination of reconnaissance missions from the United States can be done from its base in Okinawa. The fourth sector concerns access to the East China Sea from Japan and South Korea. The monitoring system for the Shandong Peninsula and the east coast of China is already provided by South Korea and Japan in cooperation with US troops deployed in both countries.