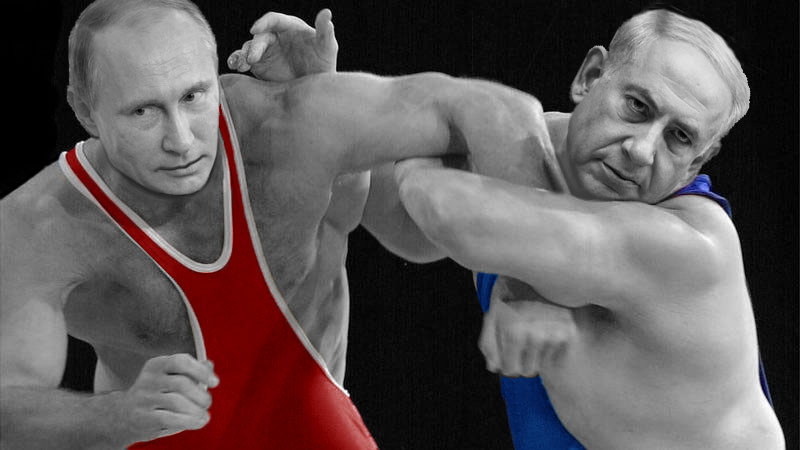 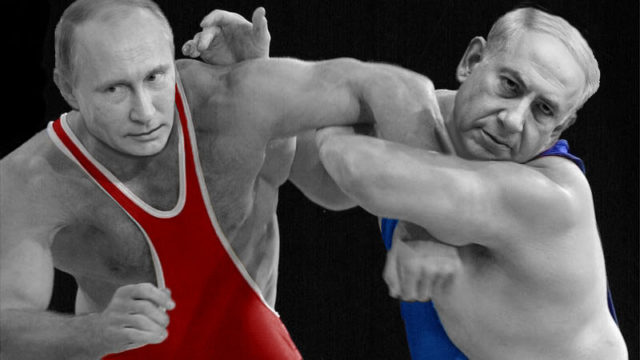 All you have to do to understand why things happen is look at who profits from events and who believes themselves to be above the law.

President Putin has just ordered an inquiry into the downing of the TU 154.  “Terrorism unlikely,” which means not just that it is not ruled out but the timing tied to Israeli rage might well just leave Tel Aviv a smoking ruin.

We believe that Israel would use terrorism, long a specialty of their security services, to avenge what they consider wrongs.  Illegally a nuclear state, openly involved in massive war crimes through ethnic cleansing and bombing illegally occupied territories, openly commanding ISIS forces in Iraq and Syria, this is the Israel of today.

Long powerful in news media, Israel virtually controls the fake news as well and now seems to have orchestrated the accusations against Russia for putting Trump into office.  Now it is clear to everyone, he is Israel’s man, not Russia’s.

Similarly, the Malaysian airliners disappearing, that has fingerprints as well.

In November 2013, the tribunal found the State of Israel guilty of genocide of the Palestinian people and convicted former Israeli general Amos Yaron for crimes against humanity and genocide for his involvement in the Sabra and Shatila massacre.

The greatest extant threat to the existence of Israel is the Likud Party and Benjamin Netanyahu in particular.

Until the 1967 war, Israeli leaders of all parties sought a lasting peace with the Palestinians, where they differed was on how to achieve that peace. Furthermore, until the 1970s, Israel was a secular state. The shift away from a strategy of peaceful coexistence and marginalising Israel’s Christians and Muslims has come about largely due to the rise of the far right Likud party with it’s extreme form of Zionism.

Bibi, being of Lithuanian stock, should know fine and well that you simply do not piss the Russians off or they will kill you, probably in a cruel and painful fashion; just ask the Germans what Russian vengeance is like. Mossad is certainly not above eliminating a leader and as Jeffrey Silverman, VT’s man in Russia and himself a Jew points out that:

“It might be a ploy within Mossad to get rid of Bibi, as Mossad is too independent minded to take him too seriously, and he is a greater threat to the Jewish State than any enemy, “real or perceived.”

Everyone who voted against Israel will suffer an iconic accident or terror attack.

This Russia thing is too obvious and repeats a capability we had seen before, Israel using f15 configured as AWAC out of their not so secret base in Azerbaijan or, worse still, the endless choices, missiles out of Ukraine, off a submarine in the Black Sea or one of their patrol boats that often visit Poti, Georgia.

The public will never be told the truth, they never are.  Those of the “public” stupid enough to believe what they read, formerly the lies of the MSM, now the flood of deception from the Israeli run “fake news,” have marginalized themselves into permanent uselessness and dotage.

Netanyahu was profiled as responsible for the Christmas Market attack in Germany, particularly when the Tunisian culprit was caught in Milan, on his way to get new ID and catch a ferry from Ancona to the Balkans and “parts unknown.”

Now we wait for it to hit the US, perhaps a double dip to hurt Obama and to give Trump a “leg up” in oppressing some minority or taking out an enemy of Israel, other than the US and Russia of course.  From RT:

According to GLZ Radio, a popular station operated by the Israeli Defense Forces (IDF), Netanyahu instructed members of his cabinet not to travel to any state which voted in favor of the UN resolution passed Friday. He has also forbidden them from meeting their counterparts from those countries.

Earlier on Sunday, the ambassadors of the 14 countries that voted in favor of the resolution were summoned by the Israeli foreign ministry.

The motion was passed by 14 current members of the UN Security Council. It ordered Israel to cease the construction of settlements in what it considers to be occupied territory, including Gaza, the West Bank and East Jerusalem. Settlements in these territories, occupied by Israel after the 1967 Six Day War with its Arab neighbors Egypt, Jordan and Syria, are considered illegal by the international community. In a break from its traditional policy, the United States did not use its power as a permanent member of the council to veto the resolution. Instead, the US abstained, drawing sharp criticism from Israeli officials.

The Israeli government has expressed irritation in response to the resolution, which was passed amid renewed controversy over settlements sparked by a Knesset (the Israeli parliament) decision to legalize 55 settlements situated on privately-owned Palestinian land. In a speech, Netanyahu condemned the ruling as “shameful” and said he would reconsider Israel’s relationship with the UN.

“I instructed the Foreign Ministry to complete within a month a re-evaluation of all our contacts with the United Nations, including the Israeli funding of UN institutions and the presence of UN representatives in Israel,” Netanyahu said in a statement quoted by Reuters.

“I have already instructed to stop about 30 million shekels ($7.8 million) in funding to five U.N. institutions, five bodies, that are especially hostile to Israel … and there is more to come,” he added.
Netanyahu went so far as to suggest in no uncertain terms that the US not only allowed the resolution to pass, but was directly behind its introduction.
“According to our information, we have no doubt the Obama administration initiated it, stood behind it, coordinated the wording and demanded it be passed,” Netanyahi told his cabinet, according to Reuters.
Some other ministers reacted even more aggressively.

“I wasn’t surprised by the actions of the Americans or the UN, because they were never our friends,” said Culture Minister Miri Regev in an interview with GLZ.

“I knew Obama was looking to take sweet revenge against Israel and Netanyahu. Since he was elected in 2009, he was hostile to settlements and Netanyahu. He revealed his true face with an anti-Israel decision but Netanyahu and Israel will defeat him.”

“Obama surrendered to the Iranians, abandoned the Syrians, and stuck a knife in the backs of the Israelis,” added Cooperation Minister Tzachi Hanegbi, as quoted by the Jerusalem Post.

While the US has traditionally been an ally of Israel, vetoing several UN resolutions against the state, relations soured somewhat under the Obama administration, which has slammed Tel Aviv’s increasingly aggressive settlement policies.