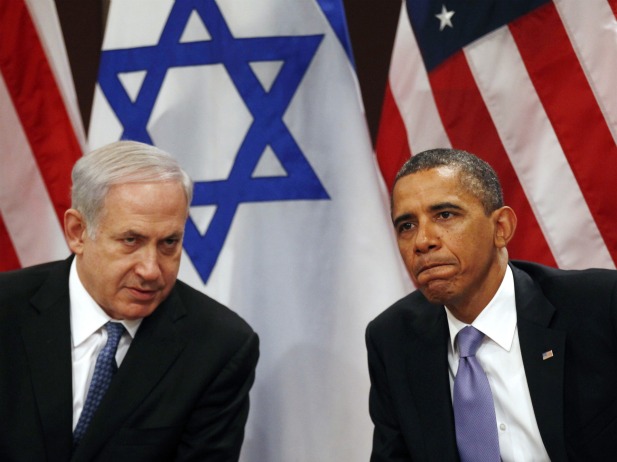 On 23 December the United Nations Security Council (UNSC) voted to adopt a resolution condemning Israeli settlement activity as illegal, and demanding that Israel “immediately and completely cease all settlement activities in the occupied Palestinian territory, including east Jerusalem”.

For once, the USA decided to join the rest of humanity and didn’t veto the resolution.  The message is obvious: if Zionism was a promise to make the Jews people like other people, its failure is colossal. The Jewish State and its lobbies are people like no other. 14 out of 15 members of the UNSC voted against Israel, the US abstained. In the most clear terms, the UNSC denounced the Jewish state’s treatment of the Palestinian people. If Israel would be an ordinary state, as Zionism initially promised,  it would take some time to reflect on the resolution and consider the necessary measures to amend its public image. But as one would expect, the Jewish State did the complete opposite. It took the path of the bully and decided to punish the world.

In his first reaction to the resolution Israeli PM Netanyahu told his followers that the Security Council’s behaviour was “shameful.” He also harshly denounced President Obama’s choice to abstain. A list of American elected spineless characters were quick to cry havoc and promised to correct the damage.  Netanyahu has instructed Israel’s ambassadors in New Zealand and Senegal to “return to Israel for consultations.” A scheduled visit of the Ukrainian PM in Jerusalem next week was cancelled.  Netanyahu also ordered to block the shekel pipeline to some UN institutions.

But things may be slightly more complicated than they look at first glance.  If the One (Bi-National) State is an existential threat to Israel being the Jewish state, then the recent UN resolution is obviously a last attempt to revive the Two-State Solution. It, de facto, legitimises the existence of the Jewish State within the pre-1967 borders.

The resolution provides Israel with a practical and pragmatic opportunity to dissolve the West Bank settlements. Banks and businesses may start to refrain from operating in the occupied territories. Israeli military personnel serving in the occupied territories are about to become subject to the scrutiny of international law. Netanyahu, so it seems, made a fuss about the resolution, but the resolution plays into his hands. It provides him with an opportunity to break the stalemate with the Palestinians. Netanyahu knows it. President Obama knows it, the president-elect will be advised about as soon as he takes some time off Twitter.

But if the resolution serves Israeli national and security interests, why did Netanyahu react like a bully? The answer is simple. Bibi is a populist. Like president-elect Trump he knows what his people are like. He knows what the Jews and the Israelis seek in their leader. They want their king to celebrate Jewish exceptionalism. They want their master to perform contempt towards the Goyim. PM Netanyahu knows very well that David Ben Gurion (the legendary first Israeli PM)  dismissed the UN, famously saying “it doesn’t matter what the Goyim say, the only thing that matters is what Jews do.”

It is far from clear whether Ben Gurion was really dismissive of Goyim. However, he was loved by his people for conveying the image as if he did. Bibi follows the same rule. In the public eye, he is dismissive of the UN, he is full with contempt to the nations and Goyim in general. But in practice he knows that the resolution is essential for the existence of the Jewish state. It is probably the last opportunity to scale down the pretentious Zionist dream and make it fit with the reality on the ground.  Let me reassure you, I don’t hold my breath. In reality it is actually the Israelis who don’t miss an opportunity to miss an opportunity.