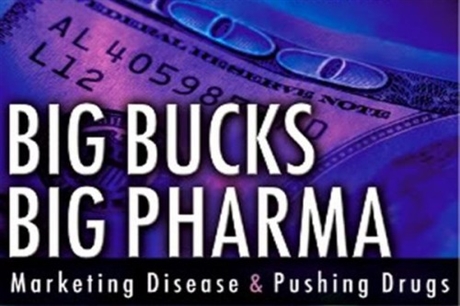 Teva, “the world’s largest manufacturer of generic pharmaceutical products,” has recently got caught bribing Russian, Ukrainian, and Mexican officials. “The Russian official allegedly received $65 million through inflated profit margins. His name and department were not disclosed.”[1]

In return, the Israeli company will pay “$520 million which includes the US criminal and regulatory penalties for its illegal activity in Russia, Ukraine and Mexico.”[2] Teva was much more subtle in Ukraine. They “hired a senior government official in the Ministry of Health as ‘registration consultant.’ Between 2010 and 2011, the Israeli company paid him a monthly fee and covered his expenses, amounting to $200,000. In Mexico, Teva bribed doctors to prescribe Copaxone from at least 2005.”[3]

Assistant Attorney General Caldwell declared, “Teva and its subsidiaries paid millions of dollars in bribes to government officials in various countries, and intentionally failed to implement a system of internal controls that would prevent bribery.”[4]

This shouldn’t be a surprise. But there is something that ought to be discussed on a broader scale here. The pharmaceutical industry in much of the West has gotten rich in “selling sickness” and inventing diseases and then selling those diseases again at an exorbitant price.[5] They have been operating under the premise that man is just matter and chemistry and therefore things like depression and other moral or spiritual problems must be cured by taking “prescriptive” drugs.[6] (We are not talking about a physiological problem here at all.)

One can logically argue that this is the legacy of Darwinism, which is now in competition with Zionism. It was Francis Crick who postulated that:

“‘You,’ your joys and your sorrows, your memories and ambitions, your sense of personal identity and free will, are in fact no more than the behavior of a vast assembly of nerve cells and their associated molecules.”[7]

Crick was a molecular biologist, biophysicist, neuroscientist, and one of the co-discoverers of the structure of the DNA molecule. They should never have allowed him to leave the laboratory because he ended up positing one of the most erroneous and dangerous dogmas in the twentieth century. Crick also shows that Harvard geneticist Richard Lewontin was right when he said:

“Modern biology is characterized by a number of ideological prejudices that shape the form of its explanations and the ways its researches are carried out.”[8]

Those “prejudices” are the worldviews that lurk beneath the surface, and many times they cannot be easily detected without an exhaustive examination. As Lewontin moves on to suggest, many biologists are committed to metaphysical naturalism, which is the idea that nature is all there is.

As a result, many neuropsychologists have postulated ad nauseam that there is no difference between the mental and physical. Chris Frith of the University College of London posits that the “distinction between the mental and the physical is false. It is an illusion created by the brain.”[9] Some scientists have even attempted to show how brains think.[10]

Semantics aside, the conclusions of any reductionist axiom are the same: that personality, consciousness, emotions, and free will are just the result of material compositions. But is even it possible that free will and memories and even ambitions are just “a vast assembly of nerve cells and their associated molecules”? If that is correct, then Francis Crick didn’t really love his wife—his associated molecules did! (Let’s just hope he didn’t mention this to his wife.)

And if emotion and even free will are just material stuff, how can you hold anyone accountable for his actions? Well, Einstein answered that question for us. “I know that philosophically a murderer is not responsible for his crime,” he said, “but I prefer not to take tea with him.”[11]

You see, the Neo-Darwinian ideology is just a room full of smoke, and it is really interesting to observe that many “thinking people” have already fallen into that trap.[12]

Despite what people like Gilbert Ryle and R. D. Laing attempt to show, reality proves that man is more than matter and energy.[14] Ryle, Laing, Ludwig Wittgenstein, and B. F. Skinner “maintained that consciousness is a ‘social product’ that emerges from the human interactions within a verbal community.”[15]

Which brings us back to the central point here. If we seriously want to criticize Zionism, Israeli companies, Goldman Sachs, the Neocons, and revolutionary movements, then our metaphysical worldview must be solid. Those who espouse Darwinism simply cannot criticize Zionism logically and consistently because Darwinism itself is a metaphysically incoherent and amoral system.

[1] “Israeli drug firm fined for bribing officials in Russia, Ukraine & Mexico,” Russia Today, December 23, 2016. Thanks to my friend Mark Dankof for sending this article my way.

[12] E. Michael Jones has argued quite rightly that Darwinism would have probably been dismissed long ago had it not been for capitalism. E. Michael Jones, Barren Metal: A History of Capitalism as the Conflict Between Labor and Usury (South Bend: Fidelity Press, 2014).