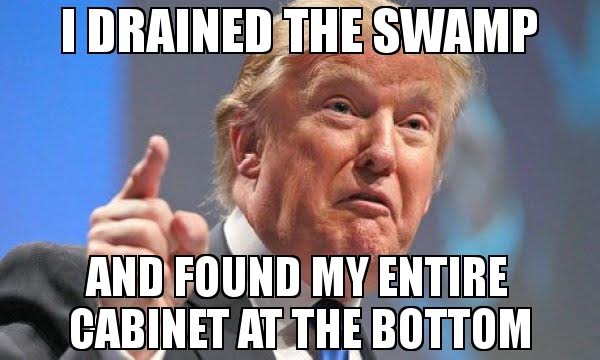 During these dark times, I increasingly find myself drawn to alternative media commentators whose intellect and honest words of truth are music for my soul. One of these is Professor Henry Giroux, Internationally acclaimed professor and author, who offers his comments regarding president-elect Donald Trump’s mainly white, male, wealthy and with few exceptions highly corporatized and militarized cabinet which could well lead to a new kind of neo-fascism ~ an American form of authoritarianism and autocracy: Allen L Roland. PhD

“I mean, this couldn’t be made up. I mean, this group of stooges, cronies and misfits, I mean, it would be hard for Orwell, Huxley or Kafka, to even have imagined that one day in the United States, you would have a government with this assemblage of people who basically as a whole, speak to a kind of authoritarianism that breeds not just misfortune and hate and intolerance, but prides itself on its own incompetence.”:  Professor Henry Giroux, a Professor for Scholarship in the Public Interest at McMaster University and author. His latest books are ‘America’s Addiction to terrorism’ and ‘America At War With Itself’

Paul Jay is a journalist, filmmaker, and the founder and CEO of The Real News Network and here is his recent assessment of the of President-elect Trump, expressed in a letter to his viewers, regarding Trump’s questionable appointments ~ “Donald Trump is not an aberration. He’s the raw and naked face of an economic system that showers speculators with obscene riches and political power ~ “I use emotion for the many and reserve reason for the few.” ~ That’s a quote attributed to Adolf Hitler. Donald Trump is not the only actor on the political stage who ascribes to such methods. The enablers of this surging far right “populism” are the leaders of both major political parties and the corporate media.”  See article ~

KIM BROWN: Trump, as the candidate, ran on a platform of populism and this phrase, “Drain the swamp.” And his cabinet selection so far seem very antithetical to that. Henry, what are your thoughts about, “Draining the swamp.” Does the swamp appear about to be drained?

He’s hiring anti-intellectuals who deny climate change, and are utterly incompetent. I mean, Ben Carson has been hired to run as Secretary of Housing and Urban Development, and he believes that social provisions simply weaken the social fabric. Can you imagine?

Scott Pruitt is a climate change denier and is a puppet of the fossil fuel industry, and now Betsy DeVos… this is a trip!  Betsy DeVos is a religious extremist, who’s going to head the Department of Education and hates public education, and has no experience with higher education ~ She once said, Kim, if you can believe this ~ that education is a way to advance God’s Kingdom.

I mean… and of course, then there’s Linda MacMahon, whose only qualification is she ran the premier pro-wrestling league, World Wrestling Entertainment.”

A reminder to Donald Trump ~ “When a man is up to his neck in alligators, he has difficulty reminding himself that his initial objective was to drain the swamp.”

Happy New Year ~ there’s a light at the end of this dark tunnel and hopefully it’s not a train but do remember that the laws of positive karma apply only to moral greatness.

Heart centered spiritual consultant and advisor Allen L Roland can be contacted at [email protected].  Allen is also a lecturer and writer who shares a weekly political and social commentary on his web log and website allenroland.com. He is also featured columnist on Veterans Today and is a featured guest on many radio and Television programs.