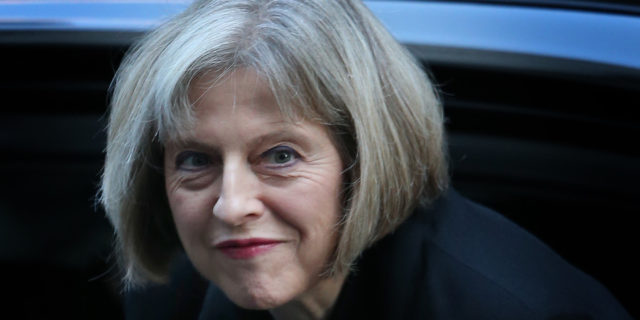 Ten days ago, pretty much out of the blue, British PM Theresa May announced that she decided to accept the International Holocaust Remembrance Alliance (IHRA) definition of antisemitism and to integrate it into British law. Jews in Britain and all over the world were over the moon.  Tonight we learn that May’s declaration was a preemptive move. It was Britain rather than the USA that had been pulling the strings behind the anti Israel Security Council resolution.

Haaretz reports tonight  that it was actually the Brits that “encouraged New Zealand to continue pushing for a vote even without Egyptian support.” Israeli diplomats say that from information that reached the Foreign Ministry in Jerusalem, British legal figures and diplomats had been working directly with the Palestinians on the wording of the resolution even before it was distributed by Egypt the first time on Wednesday evening.

The suspicion in Jerusalem is that the British had been working during all those days for the Americans to make sure the “resolution was to U.S. President Barack Obama’s liking, but without the need to intervene directly in formulating it.”

“We know how to read Security Council resolutions,” a senior Israeli diplomat said in the most non-diplomatic manner. “This is not a text that was formulated by the Palestinians or Egypt, but by a Western power.”

Western diplomats have confirmed to Haaretz that there is“no proof that it was the U.S. administration that was behind the whole move.”

Zionists all over the world praised Theresa May in the passing week for adopting the IHRA definition of antisemitism. The notoriously imbecilic Zionist Manfred Gerstenfeld wrote in the Jerusalem Post  “in the definition text it says that it is antisemitic to apply double standards by requiring of Israel a behavior not expected or demanded of any other democratic nation.” The truth of the matter is that Theresa May has managed to single out the Jewish state and its criminality.  Gerstenfeld thought PM May was about to shatter the BDS once and for all. The fact is that the recent security council resolution has achieved far more than the BDS ever dreamed of.

I guess the Jewish Lobby here may gather it by now—their only potential ally within British politics is Jeremy Corbyn and what ever is left of the Labour party.

P.S my son this evening: “She already stole Corbyn’s left-wing rhetoric, can’t she let him keep the anti-Israeli mantle at least?”