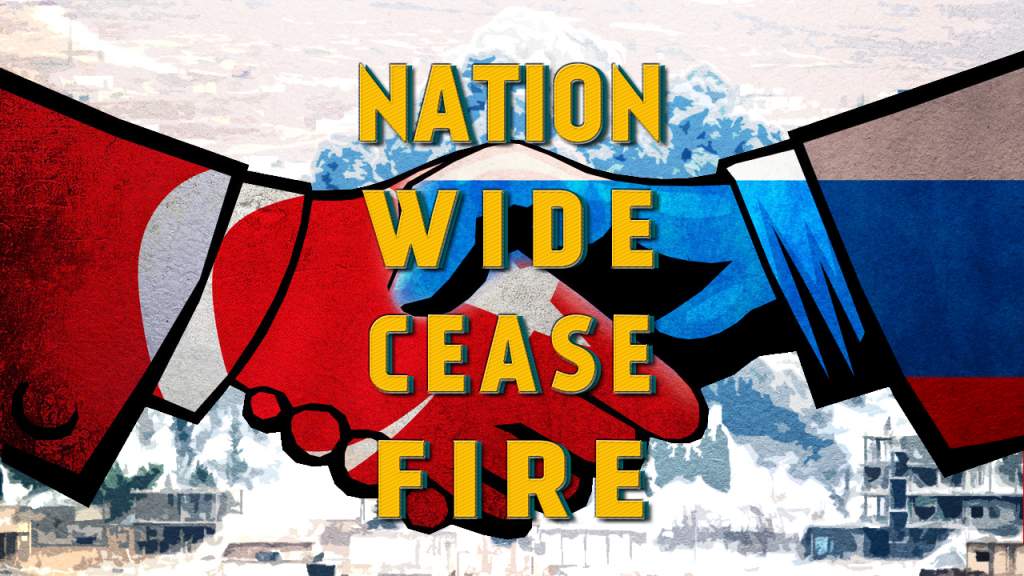 Turkey and Russia agreed on a nationwide ceasefire plan in Syria.

The agreement proposes end of hostilities in the country starting at midnight local time on December 29.

The truce agreement has to be approved by the Syrian government and does not extend to terrorist organizations operating in the country.

If the cease-fire succeeds, the Syrian government and opposition will launch peace talks in Astana (Kazakhstan) brokered by Russia and Turkey, according to Anadolu.

Earlier this month, Moscow hosted trilateral talks on a political solution to the Syria crisis between Russian, Turkish and Iranian top diplomats.

The US-led block was excluded from the negotiations.