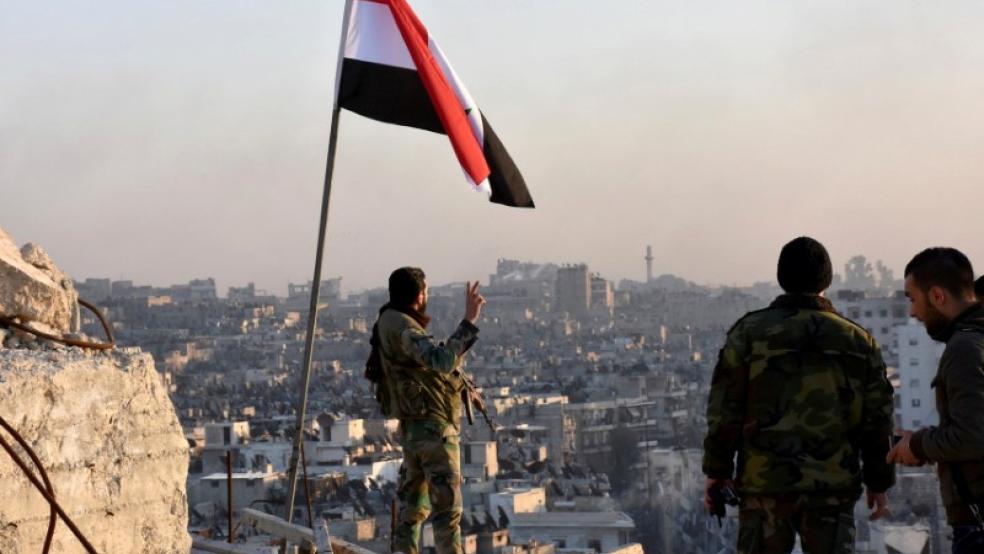 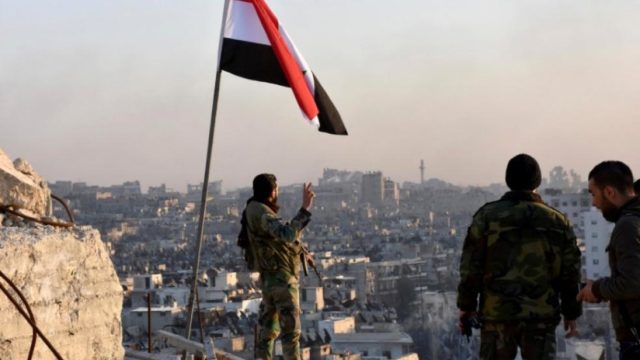 [ Editor’s Note: As we have been writing about here and with the interviews we have done, we were quick to predict that with the liberation of Aleppo would come a made in heaven opportunity to expose fake news on steroids, not only in the government press rooms, but the army of corporate media that was nothing more than a manure conveyor belt for the jihadis and friends.

The survivors of both East and West Aleppo will have the final say on what horrors really happened, and so will the dead, with their tortured and mangled bodies, including the children.

Our Mr. Nobel Peace Prize president refused to use US airpower to attack Al-Nusra units because they were the most effective military unit after ISIS, with their ex-Baath party and foreign officer core. And Al-Nusra embedded FSA units to give themselves de facto US air cover.

But at the end of the day, cutting off the supply routes for the Aleppo jihadis seems to not have been what tipped them over the edge, as they had huge inventories of what they needed. It was the Russian Spetsnaz decapitating four dozen of their commanders that triggered infighting battles, where the Syrian coalition launched is offensive to retake the city.

I predict that this battle will be taught in world military schools as an example of Special Operations having played a key role in preparing for the final combined operations battle, with all the hi-tech gizmos being used seamlessly.

When these same military academies study the US Civil War, they study the Confederate Generals, something the Yankee extremist south bashers never mention. But the reason is because they had the best generals… Jim W. Dean ]

More and more of Western media sources are beginning to acknowledge that the western coverage of the Syrian conflict and of the liberation of Aleppo was biased, selective and overtly one-sided. In its recent analysis on the issue, German media outlet Deutsche Welle has called for a reevaluation of what is really going on.

In his analysis of the western coverage of the ongoing Syrian conflict, Matthias von Hein, a reporter with Germany’s public international broadcaster Deutsche Welle has acknowledged that it was selective and one-sided, clearly aimed at painting Moscow, Tehran and Damascus in a bad light.

He cited as an example western reporting on the recent liberation of Syria’s second-largest city of Aleppo, recalling that “the first casualty of war is always truth.”

“Although the clever twisting of the truth is more successful than a barefaced lie; and selective presentation is the most effective way of massaging opinion in a particular direction,” he acknowledged.

While describing the western emphasis in reports on the offensive, the author noted that “our screens showed us, almost exclusively, air attacks by the Syrian and Russian air forces on residential areas of Aleppo.”

“There was extensive illustration of the barbarism that did indeed lie behind this, the cynicism of Assad and his supporters, their willingness literally to walk over corpses. The alarming humanitarian situation in the besieged city was constantly emphasized,” he said. However he wondered where was the information that the rebels were acting just as cynically?

And it was finally revealed that “they abused people by using them as human shields; they repeatedly prevented the inhabitants of East Aleppo from fleeing to the western part of the city; and they too fired rockets and mortars into areas in the western part with no consideration whatsoever for the civilian population.”

In many quarters, he said, Sharia law had been imposed; women there were allowed out on the street only if they were veiled.

“The main difference between this and so-called “Islamic State” is that IS wants a worldwide caliphate. The Syrian jihadists are, for the time being, content with a Syrian one,” he stated.

His view echoes that of Professor Tim Anderson, a distinguished author and Senior Lecturer of Political Economy at the University of Sydney, Australia, who also noted that there was a “storm of western government and media misinformation (claims of massacres, mass executions and ‘civilians targeted’) over the evacuation of around 100,000 civilians and many thousands of terrorists.”

“Reporters on the ground told a different story,” he writes in his article for the OffGuardian independent news platform. “As Syrian forces smashed the al-Qaeda lines, the trapped civilians streamed out. They published video of long lines of people leaving east Aleppo and finding relief, food and shelter with the Syrian Arab Army.

Tired and relieved, they told their stories to anyone who cared to listen. Russia and Iran gave many tons of food, clothing, blanket and shelter aid. By contrast, western countries generally gave nothing and the terror groups rejected all aid from the Syrian alliance.”

“Civilians were prohibited from leaving the al-Qaeda enclave, many were shot dead when they tried to do so. The armed gangs had food reserves but kept it for their fighters. Arms factories including toxic chemicals were found and were being made safe. Some of the armed men were taken into custody, but most were shipped out to Idlib, where Damascus has been concentrating the foreign-backed fighters,” Professor Anderson writes.

“When the hell canons fell silent, and no more home-made gas cylinder mortars landed in the heart of the city, there was elation and dancing in the streets, shown widely on social media. The US State Department spokesman claimed he had not seen this,” he acknowledges.

Matthias von Hein meanwhile recalls what the US high-ranking officials have said about the so-called Syrian “moderate” rebels. Back on 16 April 2016 Colonel Steve Warren, the spokesman for the US military intervention against IS, Operation Inherent Resolve told a press conference that East Aleppo was held primarily by the al-Nusra Front. He also recalled the speech given by US Vice-President Joe Biden at Harvard in October 2014.

“Not only did a frustrated Biden explain that there was no moderate center in Syria, the vice-president also publicly complained that America’s allies Turkey and Saudi Arabia were also its biggest problem in Syria,” he said.

“Biden went on to explain that both countries were obsessed with toppling Assad. They had, he said, distributed hundreds of millions of dollars and thousands of tons of weapons to anyone wanting to fight against Assad. The problem was that these opponents were al-Nusra, an offshoot of al-Qaeda, and jihadist extremists from other parts of the world.”

As early as 2012, the author says, the US military’s Defense Intelligence Agency (DIA) warned in an analysis that the originally peaceful and democratic protest in Syria was now dominated by Islamists.

“The paper was already warning then of the possible emergence of a Salafist state. Two years later, in 2014, IS declared precisely that,” he states.

Summing up all the above, Matthias von Hein urges for “skepticism, above all, and an honest effort to provide a comprehensive picture.” Of course, he says, the media must present the cruelty of war, including the fighting, suffering and death in East Aleppo.

“But if they’re serious about providing information, that information should not be one-sided,” the author says. Otherwise, he states, “selective presentation is propaganda.”