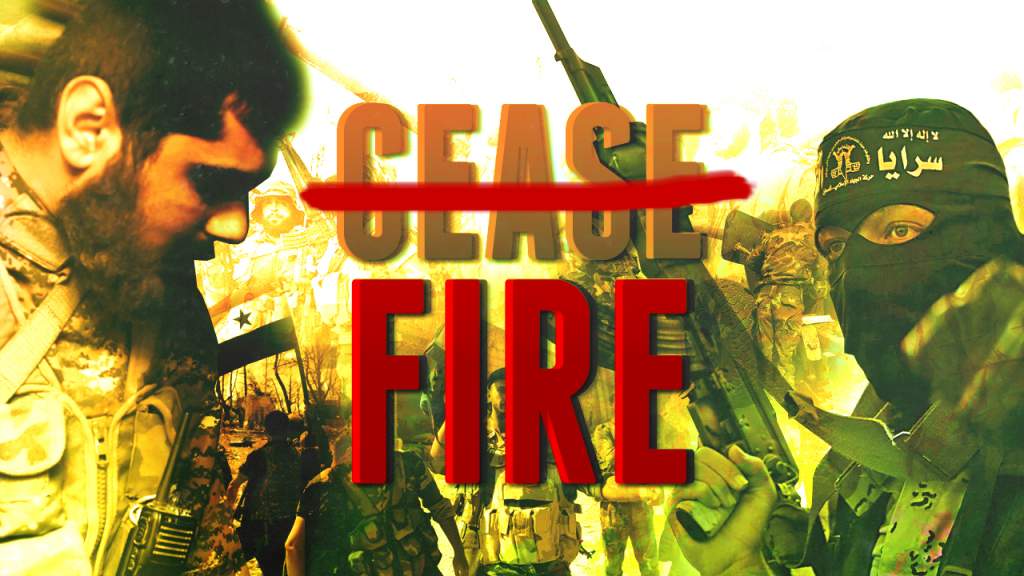 A nationwide Syrian ceasefire started last night with a major-scale offensive of the Free Syrian Army (FSA) and Jund al-Aqsa against government forces in northern Hama. The so-called “opposition” seized the hill of Bijo and aimed to take seize the town of Mahardeh, mostly populated by Christians. If Islamist militants were able to success in this, there would be a massacre of civilians in the area. However, the Syrian army and the National Defense Forces (NDF) rebuffed the attack and retook control of the Bijo Hill. The situation in the area remains tense.

The night incident clearly showed existing gaps in the ceasefire agreement signed by the Syrian government and a number of armed groups and brokered by Turkey and Russia. While the document allegedly states that the only sides excluded from the ceasefire are Jabhat al-Sham (formerly Jabhat al-Nusra, the Syrian branch of al-Qaeda) and ISIS, only 7 groups officially signed the deal. Their total manpower is estimated from 52,000 to 62,000 fighters. The total number of militants in Syria, excluding ISIS members, is estimated by experts as 120,000 – 130,000. So, only about a half of the so-called “opposition” claimed its adherence to the ceasefire.

On December 29, the Syrian army, the NDF and Hezbolalh secured an important hill top – Tell Shurifah – at the Al-Qaryatayn-Tyas road in the province of Homs.

Government forces engaged ISIS forward detachments and as result of a series of firefights were able to entrench in the area. Until December 29 the hilltop had been vulnerable for ISIS raids and posed a threat to government forces movement.

Clashes were also reported near the Shurifah village west of the Tyas Airbase. Government forces were clashing there with ISIS raid units aiming to annoy the Syrian army and its allies and prevent them from an offensive operation along the Tyas-Palmyra road.

Pro-ISIS sources claim that the terrorist group has destroyed up to 11 battle tanks belonging to the Syrian army and its allies near the Tyas Airbase since on December 28 and December 29. Pro-government sources claim that ISIS lost up to 50 fighters and about 5 units of military equipment.

On December 29, various Turkish media outlets reported, citing anonymous military sources and Turkish officials, that the Russian Aerospace Forces had started to target ISIS terrorist near the ISIS-controlled town of al-Bab, providing an air support to Turkish forces in the area. The Russian Defense Ministry has not commented on the issue.