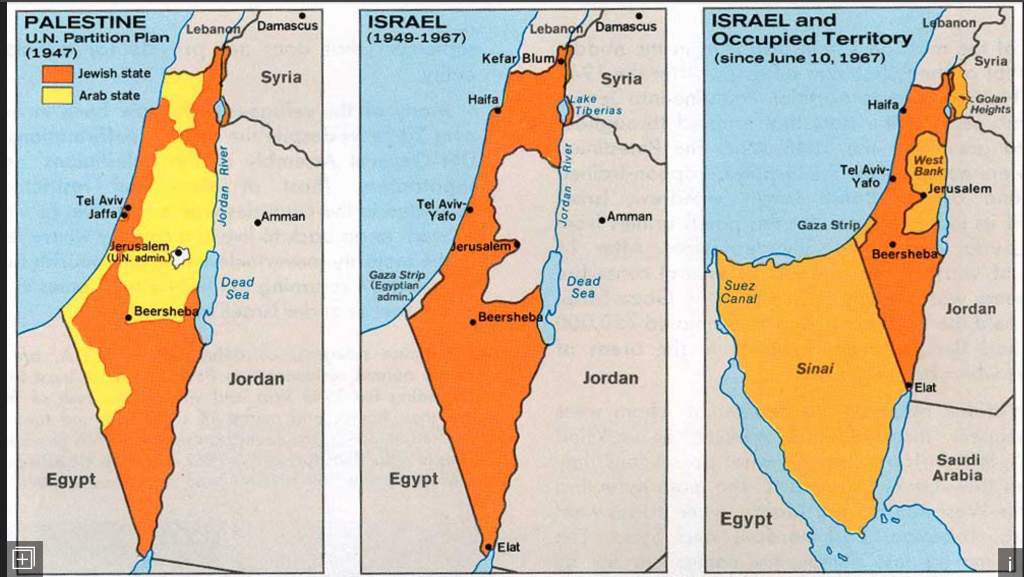 Editor’s note:  By “Judea and Samaria” they are referring to the 40 percent of non-occupied Palestine that, by UN agreement from 1947, makes up the Palestinian state.  You see, it isn’t just the west bank, very little of Israel was supposed to be “Jewish.”  This is why the wars, terrorism  and ethnic cleansing. 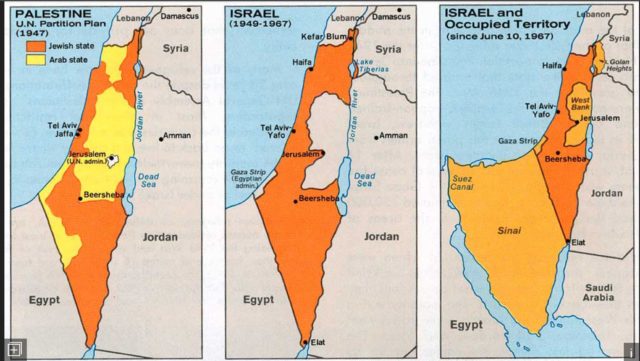 Magazine editor sees police investigation against Netanyahu as leading to Israeli sovereignty over parts of Judea and Samaria.

The police investigation against Prime Minister Binyamin Netanyahu that is scheduled to begin today “appears to be more serious” than previous suspicions, but even if it actually leads Netanyahu to resign, it is likely not to happen before he saves Judea and Samaria.

So writes Mordechai Karpel, editor of the monthly magazine Nekudah and a co-founder, with Moshe Feiglin, of the Manhigut Yehudit (Jewish Leadership) organization.

Karpel notes that even as Netanyahu denies any wrongdoing, “he could soon find himself in a very unpleasant situation.” The two previous prime ministers who were investigated for wrongdoing – Ariel Sharon and Ehud Olmert – responded to the pressure-filled situation by entering into, or trying to enter into, very fateful diplomatic processes “in order to appease the left-wing in the hope of being coddled. In Sharon’s case, he succeeded.”

However, Karpel writes, it might very well be that Netanyahu – if the suspicions against him are accurate – will take a different approach. Until now, he has been known to be a good goalie, Karpel explains: Good at blocking harmful diplomatic processes such as Oslo, but unable to go on the offensive and take initiatives.

“Now that Netanyahu is facing this investigation,” Karpel writes, “the picture has changed. It could be that he will understand that his time is limited. If so, it will force him to initiate and quickly make decisions. He understands better than all of us how the international geopolitical situation has changed, providing a one-time opportunity that he knows must not be missed – assuming that his intention was truly not only to stop Oslo but also to actually defeat the ‘Palestinians.'”

Most specifically, Karpel writes, “It could be that he will realize it’s now or never for the annexation of Area C – the Jewishly-populated areas of Judea and Samaria.”

Karpel hopes that Netanyahu will wish to leave behind not only a legacy, but also “irreversible facts – a revolutionary change in the history of the Jewish return to Zion.”

“This will also be his chance not only to avenge the obsessive persecution against him by the left and the media, but also to turn the unprecedented personal humiliation that they are planning against him, into an historic victory that will change Israeli history and render him a national hero – currently only for a large portion of the Israeli public, but in the future – for the majority.”

Jewish Home party head and Education Minister Naftali Bennett spoke to Army Radio this morning about Friday’s UN Security Council resolution calling for a halt to Jewish building in Judea and Samaria in which the US abstained, thus allowing the resolution to pass 14-0.

“Thousands of terrorists around the world look at the UN decision and really see it as [tacit encouragement of] drafting for terror,” he said.

“Terrorists will say, ‘Those who trample children with their cars and go out [to stab people] with knives are the ones who benefit,” Bennett said of the consequences he foresees as a result of the UN decision.

According to Bennett, the appropriate response is to annex the Jewish city of Ma’ale Adumim in Judea. The city is 5 miles from Jerusalem at the northern edge of the Judean Desert and has 38,000 residents.

“We have already tried the way of the Left; the time has come to try the path that we are suggesting – sovereignty over a maximum of area with a minimum of Palestinians. We will soon submit a ‘Ma’ale Adumim bill’ to the Knesset,” he asserted.