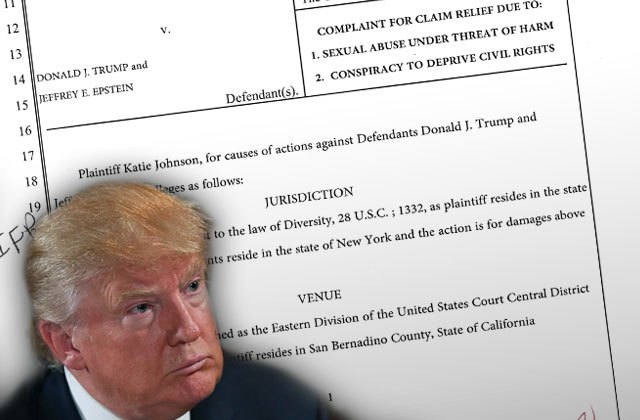 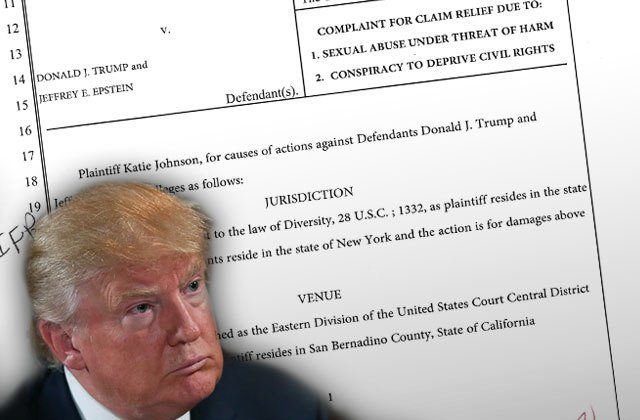 Do your own searches.  This isn’t a “Hillary scandal” or fake news.  Donald Trump has an accuser who has hired a well known attorney.  The accusation is that Trump raped a 13 year old girl.  The case has not been thrown out of civil court but is going through hearings where Trump, we believe, is planning on paying off in order to keep a criminal case in civil court.

Since when is child rape a civil case?  This isn’t the “Bill and Hillary” rape accusations from the fake news.  This is the real deal which means “Trump is owned.”

Remember “Trump University?”  He settled that one also and those charges were criminal fraud as well, paid for in civil court.

How about the Trump foundation?  Those are criminal charges settled as well.

How about his not paying income taxes for 18 years?  The IRS charges those who file “aggressive returns” with income tax evasion and sends them to prison, all but Trump.

All these things, especially the rape charge, need to go before a jury in a criminal trial where he can present evidence, spend endless millions on lawyers and misuse the crooked criminal system in America like everyone else does.

What we do know is this, he is charged with a crime that could send him to prison for long past his “sell by date.”  Why aren’t we reading about this?

You do understand that every single one of the other accusations made constitute assault or other sex crimes.  Can non-disclosure agreements and payoffs be used to keep Trump off a sex offender registry?

If anyone else does it they are charged with obstruction and conspiracy.