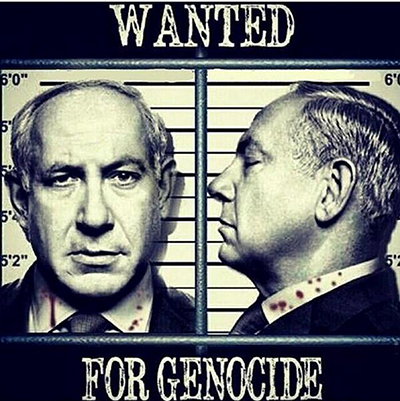 This is the third day of the year, and perhaps you would like to do some journalistic investigation. Get a microphone. Go to any major city in America or any city around where you live. Ask a number of people about how many civilians died in Iraq alone last year.

Certainly you will not get an answer that is close to the exact number precisely because virtually no major news outlet gives a flip about innocent people dying in the Middle East. And if those major news outlets put out some figures, they will never go into the real issues because that will implicate the Khazarian Mafia and their marionettes.

According to some accounts, at least 9,148 civilians and 6,430 personnel lost their precious lives in Iraq. Last month, 3, 174 civilians died right before the new year started. Who cares about those people?

Coulter seems to have magical powers. She seems to know what the future will look like in the next thousand years. But she chould never see herself as an accomplice in bringing about a “hellhole” in the Middle East. And if you think that people like Coulter is not intellectually suicidal, then think again.

Coulter believes that the war in Iraq was a “a magnificently successful war.”[1] But what about sodomy in places like Abu Ghraib? Don’t worry. Coulter already has an answer for you.

“I suffered more just listening to the endless repetition of those Abu Ghraib stories than the actual inmates ever did,” sniffs Coulter indignantly.[2] But she was just warming up. She has said elsewhere:

“Sorry we have to use your country, Iraqis, but you let Saddam come to power, and we are going to instill democracy in your country.”[3]

As you know, Coulter is delusional here. No serious person with an ounce of brain cells working together can say that Iraq war was a success. Military historian and former Colonel Andrew Bacevich, whose son died in Iraq, writes,

“Apart from a handful of deluded neoconservatives, no one believes that the United States accomplished its objectives in Iraq, unless the main objective was to commit mayhem, apply a tourniquet to staunch the bleeding, and then declare the patient stable while hastily leaving the scene of the crime.

The fighting in Afghanistan and Iraq has exacted a huge price from the U.S. military—especially the army and the Marines. More than 6,700 soldiers have been killed so far in those two conflicts, and over fifty thousand have been wounded in action, about 22 percent with traumatic brain injuries.

“Furthermore, as always happens in war, many of the combatants are psychological casualties, as they return home with post-traumatic stress disorder (PTSD) or depression. The Department of Veterans Affairs reported in the fall of 2012 that more than 247,000 veterans of the Afghanistan and Iraq wars have been diagnosed with PTSD. Many of those soldiers have served multiple combat tours.

“It is hardly surprising that the suicide rate in the U.S. military increased by 80 percent from 2002 to 2009, while the civilian rate increased only 15 percent. And in 2009, veterans of Iraq were twice as likely to be unemployed as the typical American.

“On top of all that, returning war veterans are roughly four times more likely to face family-related problems like divorce, domestic violence and child abuse than those who stayed out of harm’s way.

“In 2011, the year the Iraq War ended, one out of every five active duty soldiers was on antidepressants, sedatives, or other prescription drugs. The incidence of spousal abuse spiked, as did the divorce rate among military couples. Debilitating combat stress reached epidemic proportions. So did brain injuries. Soldier suicides skyrocketed.”[4]

There is more to this Middle East issue here. CNN reported last week that “New Year’s holiday threats prompt more security.”[5] But what about precious Arabs and Muslims? We want to protect our children and love ones in America, but the Muslims deserve to die?

Oh, a slip of the pen here. I just realized that they are all terrorists and not a single one of them is innocent. As Gilad Sharon would have us believe, Muslims, particularly “the residents of Gaza,” are not “innocent” at all.

In 2015, Brown University reported that 200,000 civilians lost their precious lives in Iraq. Last year, 1,500 children lost their lives within six months alone in Afghanistan.[6] Imagine the uproar among the Neoconservative establishment if Muslims ended up killing just 50 American children in one year.

You see, New World Order agents aspire to turn the Middle East into ashes for Israel. But every step they take inexorably leads them to their own destruction. If Donald Trump again wants to be a successful president, he needs to put a stop to perpetual killings in the Middle East. Mothers and fathers are exhausted about seeing their precious sons and daughters’ dreams shattered by an essentially diabolical enterprise.