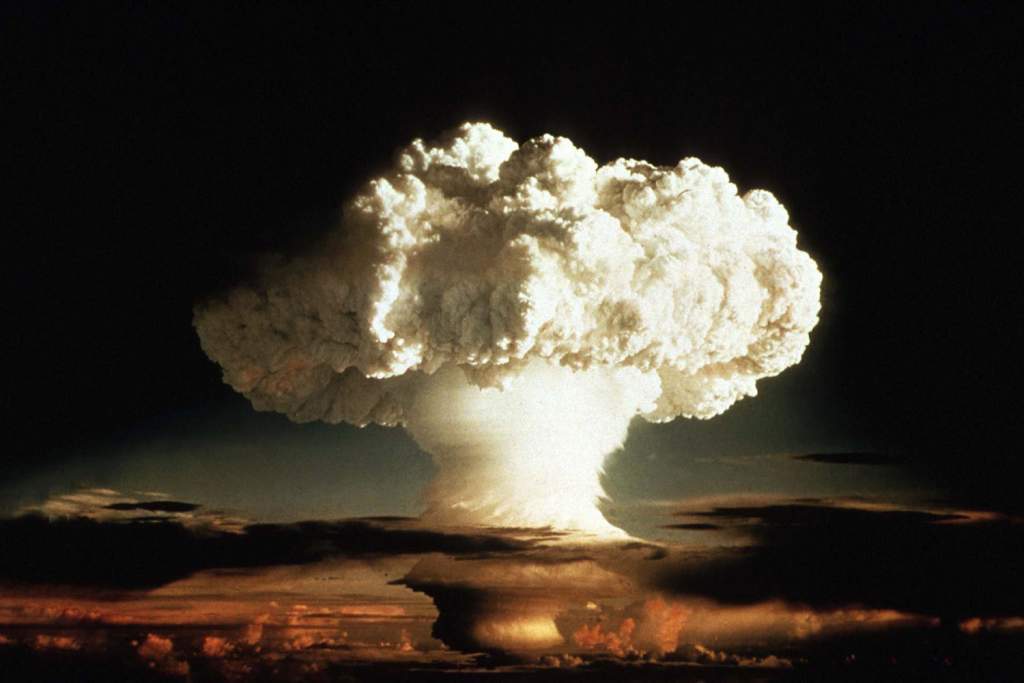 [ Editor’s Note: Finally we see an important scientific trade group standing up and doing what they are supposed to do, take some leadership in complex controversial issues where the public has been neutralized and exploited by professional smoke blowers.

Someone got to Trump early in the game to have him come out so strongly against the Iran nuclear deal. That he does not even understand it is shown by his dismissive attitude in brushing off the agreement as a “disaster”, with no details that he put forward so they could be refuted.

But we know they were the Republican Congressional ones which were rejected, and Trump was seen as the rube to carry this water for the Iran-hater Lobby to undo the vast amount of work put into exposing the hoaxed Iran nuclear weapons threat.

And second, Trump framed “the deal” as a US-Iran one, totally ignoring the P5+1 status of the agreement with a sweep of his hand, the kind of thing that a scriptwriter would write into a reality TV show, something which Mr. Trump has not been able to deprogram himself from, and may not want to. This has the seeds of making his presidency a disaster, a very real disaster.

VT salutes this group of scientists for putting all the other professional trade groups to shame for keeping their mouths shut so as to not risk their funding; a silence that far too many of them are guilty of engaging in. They have have not fulfilled their assumed duty of making sure our nuclear industry is used to protect us, and not become a threat to our national security due to insider corruption or incompetency. For example they have been completely silent on the mini-nuke scourge.

From just a security aspect, their remaining quiet as Israel pilfered, or was allowed to pilfer, our decommissioned weapons grade material is a huge scandal, and one only VT has had the courage to publish over and over.

The genesis of that had begun with our briefings from our own Clinton Bastion here with me in Atlanta, the 40 year veteran of the Atomic Energy Commission and the Dept. of Energy.

He exposed the entire fraud of the virual annuity created for the hugely expensive storage cost of dangerous material that the Chemical Engineers had wanted to eliminate by reprocessing some 98% of that material so it could be reused over and over. But that threatened the contractor lobby looking at a never ending cash flow from “protecting us” from the dangerous material.

The chemical engineers were defeated when they were eliminated from being head of the agency, replaced by academics who had never had any industry hands on experience. They were more politically sensitive to the demands of the nuclear industry that felt its commercial interests should come at the expense of the public’s. As Gordon always says, “Welcome to how the world really works”… Jim W. Dean ]

Thirty-seven top US scientists, including some of the world’s leading experts in the fields of nuclear science and arms control, have written to President-elect Donald Trump, calling on him to abide by the nuclear agreement with Iran when he takes office on January 20.

“We urge you to preserve this critical US strategic asset,” reads the letter, which was sent to Trump on Monday, according to The New York Times.

The signatories included Nobel laureates, original designers of nuclear weapons, former White House science advisers, and the chief executive of the world’s largest general society of scientists. The body of the letter praises the technical features of the Iran accord, and asks Trump to abide by it.

The scientists said in the letter that their objective was to “provide our assessment of the current status” of the deal which they argued provided a safeguard against Iran’s possible future attempts to build a nuclear bomb.

Iran and the P5+1 group – the US, Britain, France, China, Russia and Germany – reached the agreement, known as the Joint Comprehensive Plan of Action (JCPOA), in July 2015.

The scientists underscored that Iran has remained fully committed to its obligations under the JCPOA, including the cessation of enrichment activities and the export of enriched uranium, and concluded that the country would now need “many months” instead of “just a few weeks” to enrich uranium to produce weapons.

The letter stipulated that the JCPOA also “lowered the pressure felt by Iran’s neighbors to develop their own nuclear weapons options.”

Iran has all along highlighted the peaceful nature of its nuclear program, saying it has never had any intention to use it for military purposes. Also,  Iran says it is forbidden to use weapons of mass destruction from a religious standpoint, as highlighted on many occasions by the country’s spiritual leaders.

Under the deal, Tehran agreed to limit some aspects of its nuclear program in exchange for the removal of all nuclear-related sanctions.

But during his campaign prior to the November 8 presidential election, Trump promised to annul the deal. He called the pact a “disaster” and “the worst deal ever negotiated.” He also said that the agreement could lead to a “nuclear holocaust.”

In a speech to the main Israeli lobbying group in the US, AIPAC, Trump declared that his “No. 1 priority is to dismantle the disastrous deal” and argued that Iran had outmaneuvered the US in winning concessions.

The three-page letter was organized by Richard L. Garwin, a physicist who helped design the world’s first hydrogen bomb and has long advised US governments on arms control.

The United States, Israel, and some of their allies accuse Iran of pursuing military objectives in its nuclear program.

Iran rejects the allegation, arguing that as a committed signatory to the nuclear Non-Proliferation Treaty (NPT) and a member of the International Atomic Energy Agency (IAEA), it has the right to use nuclear technology for peaceful purposes.