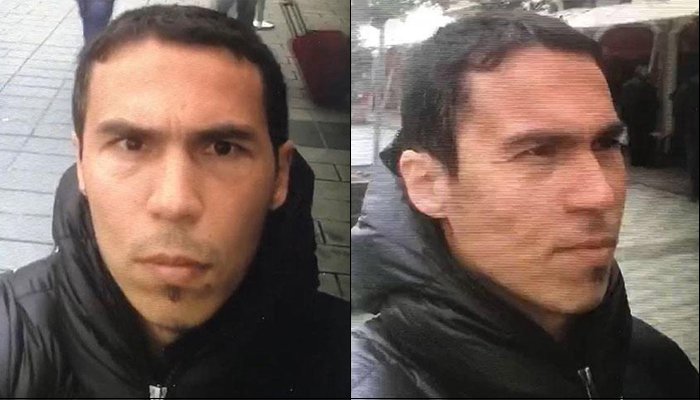 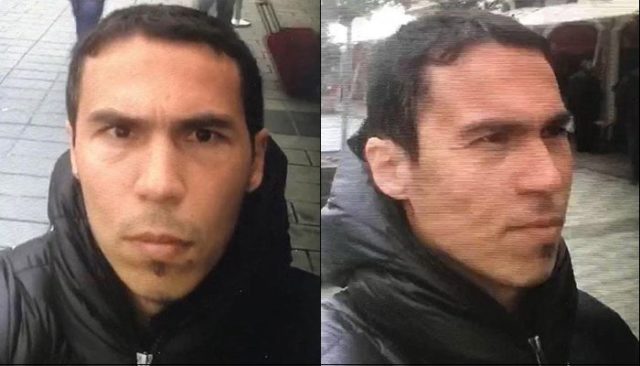 [ Editor’s Note: I continue to be validated in my lonely position that the state-sponsored terrorism engine is the real engine that has brought the scourge upon us to the current level. We can look back on the “terrorism light” that we experienced for several decades, small groups with limited support and with obvious ideologies.

Yes, I know that some of them were “handled”, as in militant Islam having been supported by various Intelligence agencies as force to oppose secular PanArabism. After their Frankenstein monsters get out of control and take on a life of their own, the progenitors deny any parental links.

That this guy entered Turkey via Syria is a cruel irony on Erdogan and his security organs, as what better place to hide in the open than at the special lane reserved for terrorists at the Turkish border, where one would not stand out at all.

Erodogan’s own party members are also responsible for this, as they have done nothing to oppose it, considering it “the cost of doing business”, meaning remaining in power. In Turkey’s case Erdogan just broke the truce with the Kurds to use them as a terrorism foil and cover while he cranked up a major terror operation.

But he also did this after watching several Western Intel agencies do the same, running major proxy terrorism operations, along with their Gulf State pocketbook buddies and major arms purchaser clients, with the US being the Big Kahoona, and with Mr. Nobel Peace Prize in the lead. The Nobel people owe us all an apology — and a pledge for no more affirmative action prizes anymore.

If they refused to even consider doing this, I would suggest their considering a new prize for the best proxy terrorism operation each year, maybe on the grounds that these terror wars were “letting off steam” and “protecting us from having a real big one”, or some other such convenient insanity.

That state-sponsored terrorism is getting so little resistance, even inside democratic countries is a responsibility that the public cannot absolve themselves of. And, the longer we refuse to look in the mirror about who has not been doing their job to stop it, the longer we will suffer, and the worse it will get.

Sure, this is an abject failure of government, but at the end of the day, it is our failure, the failure of our endless civic, religious and myriad of groups that have done so little to acknowledge where the fountainhead of terrorism really is… Jim W. Dean ]

The Daesh-affiliated terrorist, who slew 39 people at an upscale Istanbul nightclub hours into the New Year, had reportedly entered Turkey via Syrian soil.

Turkey’s Hurriyet Daily News said fresh details show the would-be attacker had settled down together with his wife and two children in the west-central Turkish province of Konya after arriving from neighboring Syria in November.

CCTV footage obtained by a Turkish news agency showed the suspect walking into a bus terminal in the province’s capital of the same name last month.

Early on Sunday, the unidentified assailant stormed the Reina nightclub, where some 700 people were celebrating New Year. Nearly 70 people were also injured in the shooting spree, which was later claimed by the Takfiri Daesh terror group.

Turkish authorities have made dozens of arrests in connection with the bloody assault. On Wednesday, the Turkish Dogan news agency said 27 people had been arrested by police in the western city of Izmir.

Local media said 14 suspects were also detained on Tuesday. Most of the detainees are said to be Uzbek and Kyrgyz nationals.

Meanwhile, Turkish Foreign Minister Mevlut Cavusoglu has confirmed that  the identity of the gunman has been established, without giving more details, the Anadolu news agency reported.

The suspect remains at large. But his family members, whose identities have not been released, are in police custody, according to Hurriyet.

The report cited his wife as saying in her testimony that she learned about the attack from the TV, alleging she didn’t even know that her husband was a Daesh sympathizer, let alone a militant.

According to the daily, the assailant knew the secret exits out of the Reina club, whereby he escaped and took a taxi. While on his way away from the club, he asked to use the driver’s cell phone, and told him he could not pay for the ride after getting off.

Several video recordings have emerged following the attack, including a selfie footage taken prior to the incident, which shows the suspect filming himself and his surroundings at Istanbul’s Taqsim Square.

The attack was carried out using a long-barreled assault weapon alongside a stun grenade, used to facilitate the massacre. The gunman is suspected to have known in advance that the guards at the club were not allowed to carry weapons.

Turkey has come under numerous acts of terror over the past year, mostly claimed by Daesh and Kurdish militants.

The country has long been viewed as a safe transit route for Takfiri militants, including Daesh terrorists, into Syria. Ankara stands widely accused of providing support to the militant groups operating against the government in Damascus.

In another development on Tuesday, the leader of Turkey’s opposition Republican People’s Party (CHP) Kemal Kilicdaroglu held the Ankara government responsible for the rise in terror attacks in the country.

He also blamed the administration for “ideological affiliation” with terrorist organizations.

“You are a government that aids and abets terrorist organizations,” he said on Tuesday. “They [the government] sent arms [to Syria] in trailers. Now all those arms are returning back to Turkey,” he added.

Last August, the German government likewise said Turkey had worked with extremist groups and supported militant organizations in the Middle East for years.

The German Interior Ministry made the remarks in a statement based on information from Germany’s Federal Intelligence Service (BND), adding that Turkish President Recep Tayyip Erdogan had actively supported cooperation with Islamist and terrorist organizations.