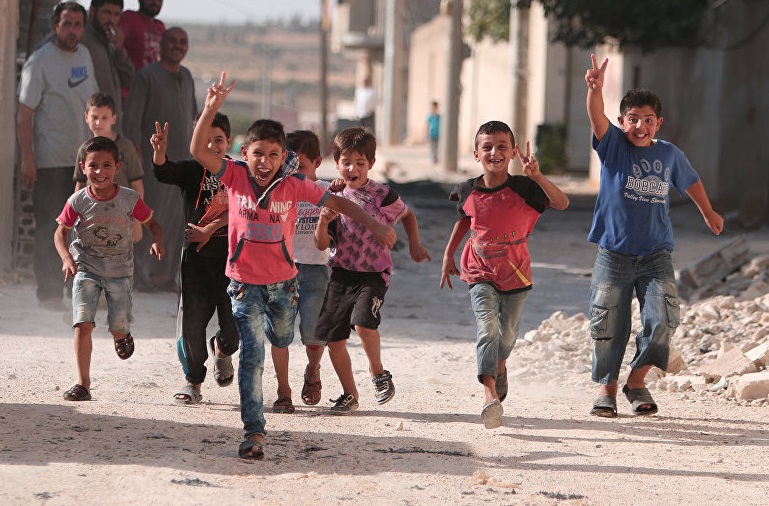 [ Editor’s Note: As Obama heads toward the door, the crimes of his administration against Syria, and especially Aleppo, are going to be thrown at him like rotten eggs and tomatoes. Corporate media will be next in line behind him for the key role they played as the transmission belt for the massive fake news on the Syrian War.

We have asked our Syrian friends to not let the reconstruction be pushed back to the end of the line, recording and publishing all the horror stories inflicted on these people, by whom, and who their supporters were among the so-called democratic countries of the free world and their Gulf State partners in crime. One giant multimedia website is all that is needed.

These UN people are going to see and hear a lot. Have you noticed how Western media has gone to ground on the Syrian army and Russian bombing slaughter stories with their publication of every jihad fake news claim they could get, as long as Assad or Russia could be blamed.

Media is hoping the focus on Trump coming in and the peace talks on the horizon will bury the story on how they lied to us for so long. But the Syrian people will not forget, nor will VT… Jim W. Dean ]

UNITED NATIONS (Sputnik) — Clean water supplies have already been restored for more than one million people in Aleppo, UN Humanitarian Coordinator for Syria Sajjad Malik said in a briefing on Wednesday.

“Over 1.1 million people once again have access to clean water in bottles or through tankers and wells,” Malik stated. “Mobile clinics are up and running, and more than 10,000 children have received polio vaccinations.”

Malik continued by stating that thousands of Syrian children liberated from rebels and Islamist extremists have not access to any school or education for up to five years, but are starting classes under the auspices of UN relief agencies.

“Thousands of children who have not been able to attend school need reintegrating into the education system through remedial classes to rebuild their confidence,” Malik stated. “Getting them back to school is a huge challenge.”

Former inhabitants of Aleppo displaced by the five-year civil war, Malik noted, that reduced its population from four million to 1.5 million had already started to return and other relief programs were being set up and expanded to help them.

Malik pointed out that 20,000 people have received hot meals and more than 1,381 were moved to public hospitals. United Nations relief officials and those from other bodies such as the Red Crescent and the International Committee of the Red Cross (ICRC) are now operating freely in liberated Aleppo, he added.

“The UN has presence in eastern Aleppo, moving around with no problems,” Malik said in a telephone press conference. “Registration [of the population] is going on. This is now a daily routine. We have presence in east Aleppo.”

Malik said a sense of security had returned to the city since its liberation from rebel forces dominated by Islamist extremists.

“We have not witnessed crackdowns or heard any reports,” Malik added. “The last four or five days have already made a huge difference. The guns were silent…[and] I saw many children out playing on the streets.”

The UN was focusing on immediate and urgent needs but would need a lot more resources to cope with the challenge of providing sufficient relief, Malik explained.