With the rising anger at Turkey in the Arab world, perhaps I am one of the few who truly believe in the Turkish Miracle under the leadership of then President Abdullah Gul and now President Recep Erdogan and the Turkish Justice and Development Party.

The Development and Justice Party of Turkey proved to be more than an “Islamic slogan” we have seen from many “Brotherhood” oriented governments in the Arab world. My article on May 1st, 2016 speaks of such miracle.

The recent shooting in the Istanbul nightclub which killed 39 people and injured dozen more is but one of a long series of bombings and shootings that has left hundreds killed and thousands injured. The incidents are too many to mention and account for here in this article.

Yes, the Kurdistan People Party (PKK) is a ruthless terrorist organization that has waged relentless terrorist war against Turkey and its people and has killed tens of thousands over the last 30 years or so; and the conflict is inseparable from the overall “Kurdish Issues” in the region, part of the leftover from the Sykes-Picot Agreement.

Understandably, Mr. Erdogan against better judgment got entangled in the Syrian Conflict with limited options, as he saw his neighboring Syria entering into a deadly, destructive civil war, with Bashar Assad waging relentless war on his people, sending millions into exile and killing and murdering over 400,000 thousand and destroying almost all of Syria. Of course one can understand, why Mr. Erdogan and Turkey could not simply stand by and do nothing.

Mr. Erdogan and the Turkish government and people have done more for the millions of Syrian refugees than any country in the region, with King Abdullah of Jordan also stepping forward and doing an excellent job, given the limited resources Jordan has. I think both should be recognized as having done an exceptional job in helping the Syrian refugees, Germany should also be recognized for its generosity in welcoming million of Syrian refugees.

1) The first is his failing to secure his domestic front, solid peace and reconciliations with his Kurdish citizens, before getting sucked into the Syrian Quagmire, knowing well that the Syrian civil war and conflict will for sure spill over and give the PKK the long-awaited opportunity to continue waging its guerrilla war against Turkey. Mr. Erdogan, under intense pressure from Turkish nationalist party, which is against any peace or reconciliation with its Kurdish citizens contributed to this failing. Mr. Erdogan could have and should have reached out and made a historic reconciliation with the imprisoned leader Abdullah Ocalan, freeing him, flying with him to Diyarbakir in a move no different from the one that took place in South Africa. I think this move could have secured his domestic front from the spill over of the Syrian Civil War. By failing to do this, he became entangled with the regional overall “Kurdish Issue”.

2) His failing to understand the consequences of the Syrian uprising and the role the Syrian Army will play in the destruction of Syria. The Syrian Army, no different from many of the Arab armies, is not a “nationalist army” with loyalty to the nation or people. It is a partisan army with loyalty to Bashar and the Ba’athist Party.

The Syrian Army mission was never to protect Syria from Israel or to liberate and recover Syrian’s Occupied Territories in the Golan Heights, but to protect the regime of the Assad family at all costs. Without the defection of hundreds of thousands of members of the Syrian Army to the side of the people, the uprising and the revolution was bound to fail, leaving hundreds of thousands dead, with refugees and displaced persons in the millions and with the destruction of Syria not only as “national political unit” but with total physical destruction.

3) Mr. Erdogan fell for the regional Arab regimes that promised to give military aid and support to the uprising, without taking into consideration the nature and mission of the Syrian Army, without making sure there is a large popular uprising in the millions that would make the task of Bashar Assad’s Army difficult, since it will be killing members of their own families.

More troublesome is the lack of historic understanding of the Syrian exile community and its leadership, which for the most part represents the “elites” who lost their political and economic power base, but never had the popular support and popular base to lead the uprising.
Unfortunately for the Syrian people and those who started the unarmed revolution, the exile Syrian leadership was self-serving, more interested in first class travel, first class hotels, certainly in lining its bank accounts with generous funding from the Gulf Sponsors. The exiled leadership simply failed on all fronts.

4) Mr. Erdogan, like his Arab allies failed to see the future, and failed to understand that while America can claim support for the Syrian uprising, it is not willing to commit to the liberation of Syria – not with ground troops, certainly not with the supply of significant weapons, such as anti-aircraft and anti-tank weapons, that could tip the balance against Bashar by neutralizing his air force and its commands of the skies.

Mr. Erdogan and his Arab allies failed to understand that the Syrian Uprising is not an Afghanistan uprising against the invading Soviet. It is an uprising against the country’s regime and its army – with no room for volunteers from the outside. The US failed its Arab allies and failed the Syrian people when it refused to give the fledgling Syrian Free Army the quality weapons badly needed – similar weapons it delivered to the Mujahideens, but refused to its ally Saudi Arabia. Turkey and its Arab allies failed to understand this is not Spain with volunteers coming from all over the world to fight fascists. The only volunteers will be committed criminal Jihadists, the kind of volunteers we have these days, Islamist Salafis committed to the historic Caliphate who don’t give a damn about the people’s rights as citizens, let alone democracy and freedom.

With its key and only ally and client in the region Israel, the US stopped being involved in the Syrian Uprising once it secured Syria’s destruction of its chemical weapons, which posed a grave danger to Israel; more than the Syrian Army could ever pose. With the destruction of the Syrian chemical weapons, the US secured Israel and dropped the Syrian people like a hot potato, leaving Bashar and his allies to deal ruthlessly with the uprising. Turkey and its Arab allies simply are unfit and ill-equipped to send it troops and commit their air power to neutralize Bashar and his regime, which was needed during the initial phase before Iran, Russia and Hezbollah came unto the scene.

5) Turkey’s biggest mistake was when it allowed the US and its Arab allies to encourage, recruit Sunni Islamist Jihadists and Terrorists (just like they did in Afghanistan) with recruitment coming from the ranks of drug addicts, the unemployed, pimps, jailed criminals from the Arab/Islam Ghettos of Europe and from the poorest of poor neighborhoods of North Africa and among the religious Jihadists from Saudi Arabia.

These Sunni Jihadists mercenaries did not come from Mars, and they certainly did not arrive in Syria aboard cruise liners, but arrived through Turkish ports and airports. Simply put, they did not parachute into Syria by airdrop. These Jihadists formed what I would refer to as the most ruthless criminal killing machines since the Mujahideen of Afghanistan.

With some 35,000 Jihadists in Syria from around the world – from Belgium, England, Holland, France, Morocco, Tunisia, Algeria, Saudi Arabia, Indonesia, Chechnya, Kazakhstan, and Uzbekistan – they all must have come through Turkey, joining with ISIS coming from Iraq.

6) Mr. Erdogan and his Arab allies failed to anticipate that Iran considers Syria a critical part of its regional sphere of influence as it competes with Saudi Arabia for influence and power over the region, certainly as part of the Sectarian conflict raging between Iran and Saudi Arabia. Iran was able to consolidate its hold over Iraq after the US and its Arab allies toppled Saddam Hussein.

Iran was able to get its client in Lebanon, Hezbollah, to send in troops and equipment to fight along Bashar’s Army, which without the active support of Hezbollah and active combat troops from Iran would have fallen apart and been defeated.

Neither Turkey nor the Arab allies were willing to send in ground troops like Iran and Hezbollah did, and as such, it is clear that all failed to make a difference for the people. Add to that the arrival of the former Soviet Army, which took the opportunity to challenge the US for dominance in the Middle East, and it did secure a place for its dominance for years to come. 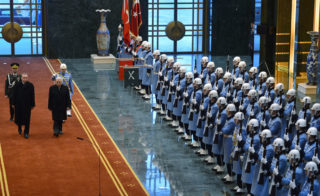 Lessons to learn. If you draw the gun you better shoot, and you better kill your opponent fast. The Obama administration takes a good part of the blame for allowing the destruction of Syria to go on for a long time. It uses its drones almost daily to kill guilty as well as innocent all over the Middle East; and it could have taken out Bashar when he crossed the ‘redline” and it didn’t.

Certainly, the Arabs could not count on the US or England or France for help, their priority is Israel and there everything stops. The US, France and England, Iran and Russia, they all don’t give a damn if the entire Arab world is destroyed or gains freedom or democracy. Arab regimes are not in a good position to offer support or help; Yemen, Iraq, Libya, Syria and Egypt are prime examples of what can go wrong.

Do I have a solution — no, I don’t. All I can say is that I wish Turkey, its leaders and its people, well. Turkey is currently the only and shining hope in the region; let us hope they can together (Turks and Kurds) achieve development, justice and security. 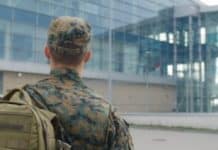 How to Prepare for Mental Health at Home