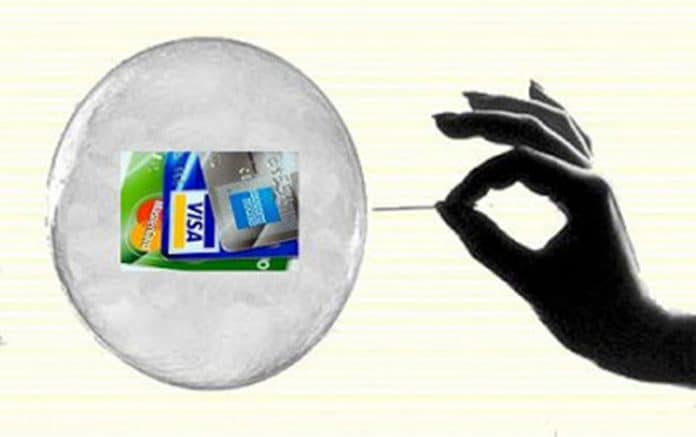 Craig R. Smith is Chairman of Swiss America Trading Corporation, an investment firm specializing in U.S. gold and silver coins. Mr. Smith founded the company in 1982 out of a bedroom in his home with $50.00. It has since grown into one of the largest and most respected firms in the industry known for its dedication to consumer education and safety.

Craig is an expert in many forms of tangible assets including; oil, precious metals and United States numismatic coins. He’s a student of history and author of nine books;

MONEY, MORALITY & THE MACHINE: Smith’s Law in an Unethical, Over-Governed Age (10/16)
WE HAVE SEEN THE FUTURE AND IT LOOKS LIKE BALTIMORE: American Dream Vs. Progressive Dream (11/15)
DON’T BANK ON IT! The Unsafe World of 21st Century Banking (9/14)
The Great Withdrawal: How the Progressives’ 100-Year Debasement of America and the Dollar Ends (10/13)
The Great Debasement: The 100-Year Dying of the Dollar and How to Get America’s Money Back (11/12)
The Inflation Deception: Six Ways Government Tricks Us… And Seven Ways to Stop It! (7/11)
Crashing the Dollar: How to Survive a Global Currency Collapse (10/10)
Black Gold Stranglehold (11/05)
Rediscovering Gold in the 21st Century (8/01)

Mr. Smith is sought after by national media for his insights on breaking news because he instantly engages audiences with his common-sense analysis of major political and economic trends. He is a former columnist for Worldnetdaily.com, and writes economic columns for Swissamerica.com

Mr. Smith does not go to Washington D.C. often, but when he does he always comes back with a fresh perspective on why self-government is key to solving our modern crises – not more government spending. Craig understands that fellow Americans want solid answers to the tough questions, having hosted two national talk radio shows during the 1990s: “America Talks” and “World Economic Perspective.”

Craig’s door is always open to the media. Over the past two decades Mr. Smith has been interviewed on over 1,500 radio and TV programs. He has also been featured in various print publications. These include: FOX News, CNN, CNBC, ABC, NBC, CBS, PBS, CBN, TBN, Time, The Wall Street Journal, The New York Times, and Newsweek. Latest media interviews

Donations:  For those who have been with us a month or two please get in the fight with a financial contribution for this is an information war.  Please click the paypal button and get behind TradCatKnight financially.  As a reminder, these full-length shows come to you free of charge however we maintain and grow based upon your charity.  I appreciate all your prayers and support!  For CASH, CHECK or MONEY ORDER contributions please email me at [email protected] for the mailing address.

TOPICS INCLUDED IN THIS TALK: Trump, positive/negative aspects, economic outlook for tangible assets, global debt bubble burst coming, ObamaCare, USA/China relations, job creation here in America, Faber’s latest doom and gloom report, USA going to digital economy?, backlash in Mexico, faith and hope for the future, Syrian refugees in America, refugee crisis and the problems it presents, 2017 to be “eventful”?, his book Money, Morality and the Machine and MUCH more!