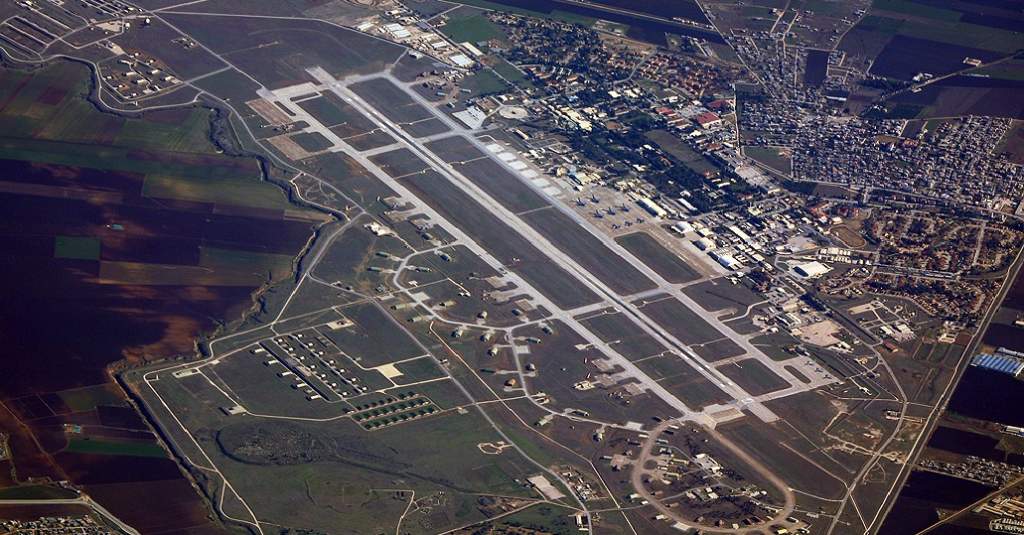 [ Editor’s Note: This is cute. Turkey has a huge Air Force and yet it seems it can’t supply air operation to cover it ground operation against al-Bab, with maybe even less than a brigade of IS jihadis there?

The timing of this challenge to the US seems strange with the US coalition plane flew over Erdogon’s oil smuggling operation for not only the Islamic State in Syria and Iraq, but in support of the Barzani Kurds, stealing it from the production sharing agreement it had with Baghdad, where it shared and the Kurds shipped their output through Turkey to a number of Western buyers.

The statement below on “the reality of a confidence crisis” is kind of funny when we all know how Turkey has been supporting terrorist operation in Syria against the Assad government where Syrians have continuing been slaughtered by jihadis with their deaths continually being blamed on Assad and the Syrian army.

That said, the Turks might feel that if the US, Britain, France, Germany and Israel can support proxy terrorists forces in Syria in pursuit of “their interests”, then why not Turkey. I would tend to agree with them on that philosophically.

Of course there is the moral, or immoral issue of it all, but when is the last time you saw the UN people doing one day strikes in protest off the huge state sponsored terrorism activity going on?

When was the last time we heard of the major religions calling for massive one day demonstrations against the “dirty dozen” of state sponsors of terror? So when one get singled out for it, that country feels it is being unfairly picked up, and plays the victim, which is a perverse twist if I ever saw one.

But at the end of the day we have all been abandoned by our civic, religious, academic and security organizations who view the problem as a “doo doo happens” item and don’t want to get splattered by wading into it. Remember this when you are ask to donate or honor them in any way. That is the time to hit them with, “Why should I when you can’t be bothered to  _____ … Jim W. Dean ]

Top Turkish officials have questioned the use of Incirlik Air Base by the US-led coalition, citing a “confidence crisis” with Washington and inadequate support for Turkey’s ground forces in Syria.

“Our people ask, ‘why are they using the Incirlik Airbase. We allowed not only the US but also other countries’ jets to use Incirlik to jointly fight [Islamic State],” he said.

“What purpose are you serving if you do not provide aerial support against Daesh [Islamic State] in the most sensitive operation for us?” he added.

Though the minister called the US “a very important ally,” he emphasized that there is “the reality of a confidence crisis in the relationship at the moment.”

Currently, Turkish troops and Free Syrian Army (FSA) rebel fighters are involved in a major ground offensive to seize the Syrian town of al-Bab, Islamic State’s (IS, formerly ISIS/ISIL) westernmost stronghold. Fighting in the area intensified after the terrorist attack at a nightclub in Istanbul, which was claimed by IS.

His remarks were echoed by Turkish Defense Minister Fikri Isik, who said that the lack of US air support for Turkey’s operation in al-Bab “raises questions” about the American presence at Incirlik.

“We hope that all coalition forces, primarily the US, give air and other support that Turkey needs in the Euphrates Shield operation and the necessary step will be taken soon,” Isik told journalists in Ankara, according to Hurriyet daily.

“But it is thought-provoking that despite the fact we have been NATO allies for years, and that a coalition has been established to fight against ISIL, the coalition does not support the Euphrates Shield operation launched by the Free Syrian Army and supported by the Turkish armed forces,” he added.

Meanwhile, Ankara told Washington it has not received enough support in its fight against IS, Erdogan’s spokesman Ibrahim Kalin told Kanal 24 on Thursday. The spokesman added that he had the feeling that US President-elect Donald Trump would pay more attention to Turkey’s “sensitivities.”

Deputy Prime Minister Veysi Kaynak told broadcaster A Haber on Thursday that the issue of the Incirlik Air Base was on the government’s agenda.

US Air Force Col. John Dorrian, the coalition spokesman, said in response to the Turkish statements that any steps to limit or ban air operations at Incirlik would result in a disastrous outcome.

“The entire world has been made safer by the operations that have been conducted there,” he told reporters from Baghdad on Wednesday. “It’s a very important base to the coalition and to the ongoing fight against Daesh.”

Incirlik has been jointly used by the Turkish and US air forces since the Cold War, as well as being a major NATO hub in the region. Tactical nuclear weapons are believed to be stored at the base, an allegation the Pentagon has always denied.

Last July, Turkey imposed a temporary no-fly order on US flights out of Incirlik over suspicions that the facility was used by rebels in the failed military coup attempt against Turkish President Recep Erdogan.

Relations between Ankara and Washington were also marred by the US’ reluctance to approve Turkey’s extradition request for exiled Muslim cleric Fethullah Gulen, who Erdogan accuses of fomenting the July coup attempt.