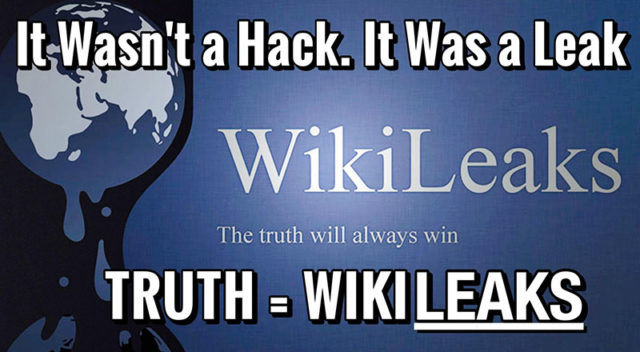 The American media keeps promoting the concept of a Russian hack of the DNC emails. There was likely no hack, but there was a leak from a Democratic insider.*

*Former British Foreign Ambassador Craig Murray told the UK newspaper, the Daily Mail, that he received the Podesta/Clinton emails on behalf of Wikileaks from a Democratic Party insider and whistleblower and not from any Russians.

Additionally, Mr. Julian Assange of Wikileaks has stated the DNC emails were leaks, not hacks, and were not from the Russian government or any other government. 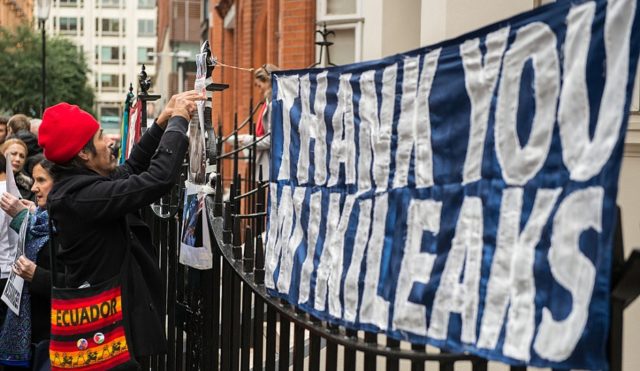 But what is more important than who leaked or hacked the DNC emails is … Are the emails true?

What hopefully will prove to be clearly illustrative to a majority of the American people is how our current federal government and mainstream media have no interest in the criminality of Hillary Clinton (et al) that was proven by the leaked (or hacked) emails.

Forming public opinion is far more important to the controlling oligarchs than any form of justice. With their control of the US two-party-tyranny, the major media, and the intelligence agencies, the banking cartel has deceived the American public for decades.

Today, long time cyber security expert, John David McAfee torn into the four “proofs,”offered by the FBI and Homeland Security, that Russia hacked into the DNC emails. Mr. McAfee said that the FBI’s “proofs” were proofs Russia did not hack the DNC emails.

But who is John McAfee? To call him a cyber security expert is a bit of an under-statement. Mr. McAfee is a world-renowned authority on internet surveillance, personal privacy online, and global hacking. Mr. McAfee became a multi- millionaire with his anti-virus computer company, McAfee Associates.

The second FBI “proof” was a Russian keyboard was used in the hacking. Again, McAfee noted that certainly Russia would have used a different kind of keyboard if their hacking was indeed a clandestine operation.

The third “proof” is the software that compiles the code was dated and timed with the time and work day of Moscow. And of course, Mr. McAfee indicated that the Russians could have blocked out the stamp that indicated any time or date, or stamped a different time zone that was removed a long way from Russia.

The last FBI “proof” said that the IP address of the hacked emails pointed to Russia. McAfee said it would have been simple for the Russians to have removed that indication, or pointed it well away from Russia.

“But here’s the kicker,” said McAfee, “here’s why it could not have been an organized nation state to have hacked the emails. Because the hack on the DNC used an old piece of malware a year and a half old … and there have been many updates since then.

“Do you actually believe that the Russian services of intelligence who spend all their time improving their malware … then when they do an important attack they would use a very old piece of malware?

But what actually seems to prove the outrageous and lying propaganda of our intelligence agencies is the fact that the FBI has never actually accessed the DNC servers. So how did they come up with their four alleged “proofs?”

Remember intelligence agencies – no matter the country – are all in the business of lying for their masters. And their masters are not anyone we know.

At the end of his revelation, Mr. John McAfee had some advice for Mr. Trump: They should all be replaced!

But right now, it seems the prevailing belief the ruling Banking Controllers want is a large American public consensus for a war-like retaliation against Russia from the United States.

Has President Obama been ordered to take even more provocative actions (than he has already) against Russia during his last two weeks in office?