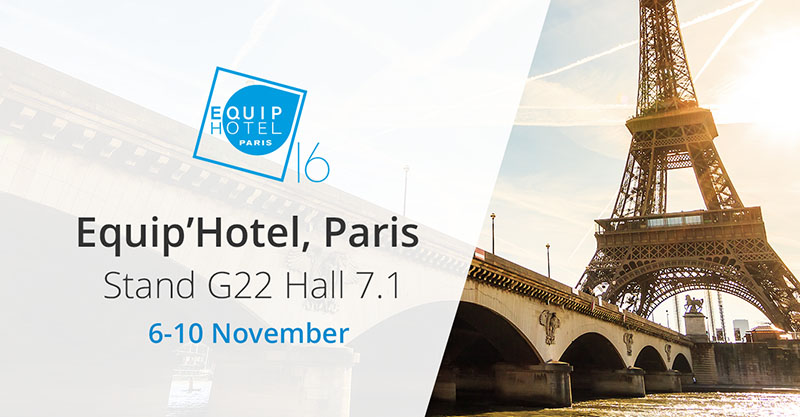 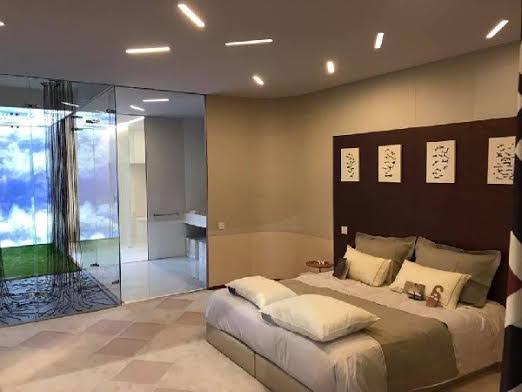 EquipHotel 2016 was held in Paris, France from November 6 – November 10, 2016 in Paris, France. It featured 1,600 exhibitors of which 32% were from 37 countries. The exhibition sectors were grouped into 4 principal categories kitchen equipment and food products,decoration, design and fittings, bathroom and spa and technological services. Over 11,000 professionals of whom 20% were from foreign countries attended.

While it was interesting to see the food products and kitchen equipment, there were some great innovative concepts. The hotel lobby which was a display of a real lobby with futuristic ideas. The challenge was to have the hotel staff keep in contact with guests who could check in and out electronically. They could relax there while seeing the concept bar as a focal point.

Another area was called Lets Work and featured a multipurpose meeting room  which could become seminar rooms, restaurants or lounges, at this show the room was a library. The Outdoor Terrace View was presented as an area with green plants where visitors could relax from their hectic schedules.

The Bar and the VIP Lounge were adjacent.  After passing the elegant bar, journalists were invited to eat and drink in the VIP Lounge.  Several options for food and beverages were presented.

It was at lunch that I met  Anne Marie Pinsolle who told me that I must visit the Senses Room, a hotel room designed for physically challenged people who can afford to stay in 4 or 5 star hotels.  When I visited the Senses Room  www.senses-room.fr . Anne-Marie told me I would be impressed at all the features that she would show me.  It was a concept  junior suite of 72 square meters we could imagine at a luxury conceived  by Francis van de Walle, and designed by Antonio Magglar, Regis Botta an architect and numerous partners. Everything was selected to  provide a comfortable luxurious experience for the handicapped guest or guests and those staying  with them  including small children.  Of course the suite is wheelchair accessible and the bed and chairs are of appropriate heights.  The room had luxurious lighting and the walls were decorated with soft colors and fabrics elegant to touch.  There was even an automatic rail to raise and lower the curtains. For those with some degree of hearing loss which  accounts 10% of the population in France there was an alert system.  The company Accessens www.accessens.com designed this alarm box which flashes white lights. The designer and owner of Accessens told me he has sold this system to some public buildings including museums.

Cécile Planchais showed me the connected mirror bench she designed for the hearing impaired which she calls IMIROIR. Miroir in French is mirror in English.As a designer and sculptor and international consultant for design and industrial designer  she wanted to design this bench.It transmits sounds by vibrations from the material of the bench, and for the hearing impaired directly into their hearing aids, thus informing people of departures of planes, cultural events etc. It can be used with vibrations or regular sounds and is used by hotels, spas, etc. IMIROIR is custom built according to the customer’s specifications.  To program the sound content IMIROIR has a secure remote control which functions according to the project.

The program chosen for the Senses Room  was “Poésie amoureuse”, an audio book edited by AUDIOLIB. 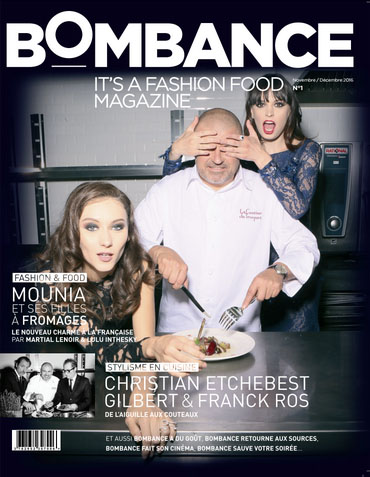 The IMIROIR is 80 kgs and is made from INOX 316 quality and is polished and satinized. www.cecileplanchais.com.

Mounia Briya,the director of publication of BOMBANCE, the first magazine of food and fashion in France, hosted a fantastic cocktail party at Equip Hotel to launch the magazine,,  It is designed to appeal to men and women who appreciate gastronomy and fashion. BOMBANCE appeals to  elegant readers or those who dream to become elegant,  It is planned to have a website.  In the short to medium term it is planned to be distributed in major  cities in France and  in world class cities  such as New York, London, Berlin, Geneva, Milan, Los Angeles, Tokyo, Dubai and Shanghai in French and English.  Molina told me she wants to educate her readers about French know how in both gastronomy and associate good French cooking with haute-couture. It is in both print and online is published every two months.  There will be a community online at www.bombancemagazine.com.  The magazine is available by subscription.

EquipHotel was a great show featuring many innovative concepts.