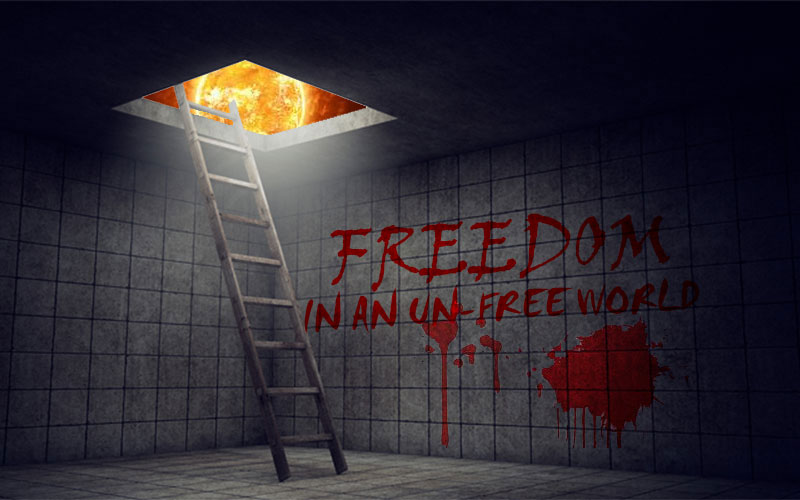 Well, in order to be truly free as a sovereign individual, you must not be in the clutches of any one government.

All governments seek to control. It is their nature. Thus you must spread out intelligently and legally limit the exposure so that no one government has control over your person and your freedom of being.

This ideal can easily be achieved by spreading your interests legally over at least five unrelated countries. This is not expensive. Indeed, it is probably cheaper. In your quest for freedom, this should be your ultimate goal.

In fact, in today’s world of the internet, this is more doable then ever. In fact, there are thousands living the 5 Flags all over the world.

You should legally hold one or more passports from small, neutral and respectable nations which do not try to influence or tax their citizens living outside their territory. These passports should ideally allow visa-free access to as many nations as possible. European Union or South American passports are best. Many countries offer passports to those who’s grandparents were citizens. Check into it.

This is your official residence. It’s a country which regards you as a bona-fide resident. Although you might not actually spend too much time there. It should be a country which does not tax income earned abroad. The effect being that you don’t have to file any personal tax returns anywhere. Tax havens like Andorra & Turks and Caicos are good low-budget candidates. You might consider places like Switzerland or Monaco, if you can afford it. There are always low cost places you can go like Thailand, Ecuador, Honduras, Peru, or Mexico . There are many places in the connected world where you can be relatively free in an un-free world.

You can check International Living for more details.

These are places where you physically choose to spend a lot of time. They depend on your personal taste. You might like major European city life or prefer to get away on a ranch in New Zealand. You have no official status in your playgrounds. You are a tourist “passing through”; your a “PT”.

These are places you actually earn your money. If you own an existing business you may not have much choice in the matter and you may have to bite the bullet and pay some taxes here. If you earn money with your skills or know-how you can choose an offshore haven as your business base. So it’s tax free. Either way, your business will be incorporated so you never have to file any personal tax returns anywhere. And now with the internet and worldwide payment systems and banking, the door is more open then ever.

These countries are where you keep your savings and investments safely away from where the money is actually earned or spent. They should score highly on respect for privacy, communications, professionalism and stability. Your accounts will be controlled by internet or fax.

Now most of you reading this will be skeptical. That’s normal. In fact, most of you will NEVER take this action to be free. Frankly, that’s even more normal. Freedom requires thought and implementation. It’s not for everyone. You must plan to implement your freedom. It takes time to get out of the system legally and into freedom. Frankly, most people are too conditioned to go for it. They are stuck in the system and are convinced it’s the only way. So it’s not for everyone. But for those of you who truly seek freedom and are willing to take on the challenge, it’s 100% possible. Think about it!

Be a PT. And remember, the definition of a PT is what you make of it. You can be a Permanent Tourist, Perpetual Traveler, and even a Previous Taxpayer. It’s simply about doing what makes cents!

The legal options for you are limited because the U.S.A. taxes its citizens on their worldwide income and thus, legally, you must report your income to the Internal Revenue Service no matter where you earn it.

More, the USA has MLAT Treaties with most of the worlds major banking centers and thus they can get your information easily by just requesting it. Secrecy for U.S. Citizens was possible many years ago but in today’s world, it is a myth. That does NOT mean that you can’t use some of the flags and get somewhat free. In fact, there are tax breaks for you if you live overseas given to you by the IRS e.g…. the foreign income tax exclusion. You can check the IRS site for more details.

If you seek true 100% freedom from the U.S.A., it will require that you renounce your citizenship. Legally, this is a very long process. It can be done over time but make no mistake, they locked that down too! Nevertheless, while it used to be rare, it’s becoming more and more popular as the U.S.A. continues on its long standing path to lock down its civil liberties and freedom for its citizens in the name of freedom.

So this writer says clearly to you truly, DO NOT BREAK THE LAW!

Instead, check into the current law of the USA and find out more about what you can legally do to get free. Get as much information as possible and then do what makes cents within the law.