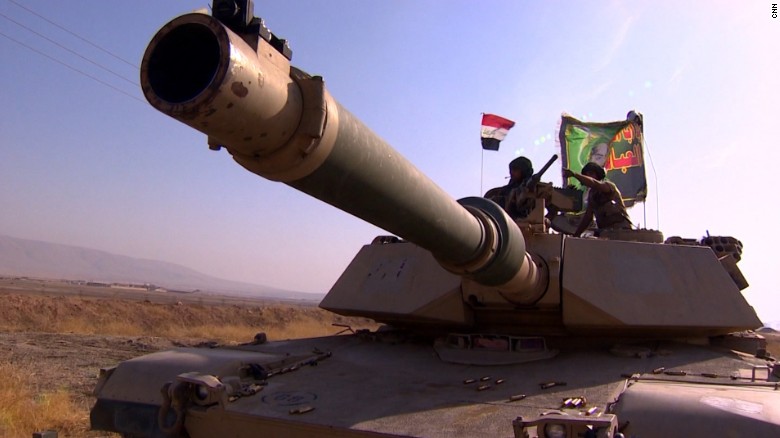 [ Editor’s Note: The worm has begun to turn in Mosul. The Iraqi army has changed its tactics, leading attacks with its special forces rather than the armor brigades tried first. They also brought in another division plus more police brigades to take care of new freed rear areas, so combat strength does not get quickly diluted dealing with the huge civilian problem.

With enough troops they can now pressure the jihadis along a wide perimeter and have the advantage of maneuver, which the IS people do not. Additionally it seems they have used hundreds of suicide car and truck bombers to block the earlier attacks. Ammo and even gasoline dumps are getting blown up and lost by retreating from the Iraqi advance, so their combat strength is getting used up.

The Tigris river has the Jihadis trapped on the east side now, so they should not be able to escape en masse, which would be a shame after all the death and destruction they have caused. But one has to feel for their long-suffering human shields in Mosul. It seems the US has killed more via accidental strikes than it claimed the Assad air force did in Aleppo, but with a huge difference in media coverage.

Even the long-suffering people of Aleppo were not happy with the Damascus amnesty of the Syrian rebel fighters there. They wanted them prosecuted, where of course they would not have surrendered, but would have kept fighting. But these are the tough decisions commanders have to make in war time, and for the peace… Jim W. Dean ]

Iraqi Special Forces have reached the eastern bank of the Tigris River in Mosul for the first time since launching an offensive to dislodge Daesh Takfiri terrorists last year.

General Ismaeil, the commander of Iraq’s Rapid Response Division added that two hospitals and a medical university in Mosul have been liberated. The new gains come as Iraqi forces entered the flashpoint city from the north for the first time on Friday. Baghdad recently resumed an offensive to liberate Mosul after a short lull.

In October last year, Iraq launched a massive operation to dislodge Daesh terrorists from Mosul. Troops have so far recaptured a number of areas on the eastern side of the city. Commanders say they now control around 70 percent of eastern Mosul.