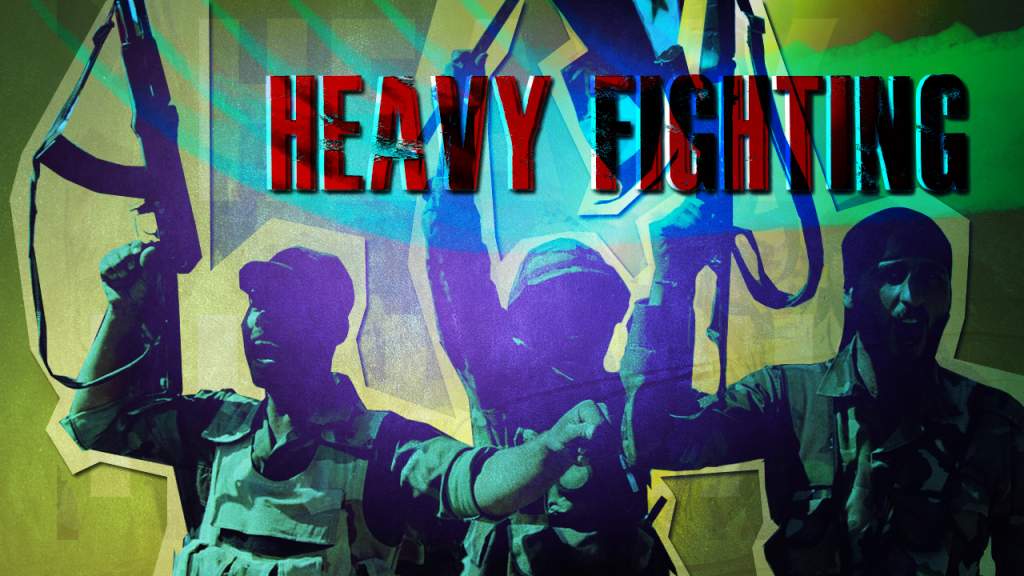 The Syrian army has repelled a major Jabhat Fatah al-Sham-led attack in eastern Hama. Last night, Jabhat Fatah al-Sham and its allies advanced near the villages of Ramlieh, Khunayfis and Sultanieh, engaging Syrian army units in an intense fighting in the area. However, army troops, backed up by warplanes and artillery units, foiled the attack and kept their positions in the area. The situation remains tense.

On Sunday, government forces liberated the most part of the Hazrama town and seized the village of Tal Farzat in the Eastern Ghouta region or Rif Damascus. Jaish al-Islam units made a number of attempts to regain the lost areas from the Syrian Army’s Republican Guard and the National Defense Forces (NDF) but failed to do this. On Monday, clashes continued there.

On Saturday, the Syrian government and militant groups operating in the Wadi Barada area reached a reconciliation agreement, according to which militant groups were set to allow the restoration of the water supplies to Damascus , to hand over light, medium and heavy weapons to the Syrian army, and to surrender itself to government forces or to withdraw from Wadi Barada.

The agreement was made due to the recent gains of government forces in the area and a mediation the Russian military delegation that had arrived in the area.

On Sunday, the Syrian army and the NDF resumed an offensive operation in Wadi Barada. The main reason was that militants blocked entry of government engineers to fix the water supply line to Damascus. On Monday, government forces were in control of Dahr al-Masaby, several hills northwest of Deir Meqren and continued to develop the advance. The military pressure by government forces will likely push local militant groups to fulfill the terms of the recently concluded agreement within this week.

The Russian Aerospace Forces and the Syrian Air Force kept focus on this region due to a tense situation near the government-held Tyas Airbase which ISIS sees as its main target in the province.

Meanwhile, pro-ISIS sources released a fresh photo-report from the area of al-Bab where the Turkish Armed Forces and pro-Turkish militant groups were attempting to break ISIS defenses near this key Syrian town. The photo report included an alleged photo of the Russian Su-35 (or Su-30) multi-role fighter. According to reports, the warplane had been operating in the area, supporting Turkish forces advancing against ISIS. If true, it will be the first real evidence of reports that Russia provides an air support to Turkish forces in northern Syria.