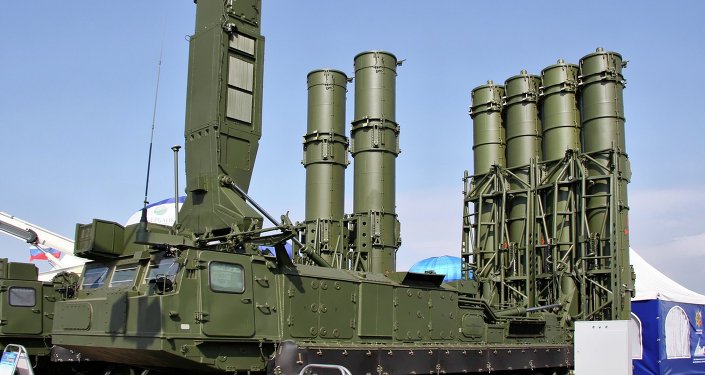 Sputnik: The Russian task force in Syria has created a unified air defense network using advanced S-300 and S-400 “Triumf” surface-to-air missile systems, which can reliably defend the nation against aerial attacks both on land and at sea, commander of the Russian military group in the country Col. Gen. Andrei Kartapolov said on Friday.

“A unified air defense system that provides reliable protection both on land and at sea has been created jointly with Russian troops in Syria’s air defense forces using modern S-300 and S-400 systems,” he said.

The commander added that close interoperability was established between the system set up by the Russian Aerospace Forces and the country’s own Bastion coastal defense systems.

Russia deployed S-400 missile systems at its airbase in Syria in 2015 following the downing of a Russian Su-24 Fencer by a Turkish F-16 fighter on November 24.

In October 2016, the Russian Defense Ministry said a battery of S-300 air defense systems had been delivered to Syria to protect a naval facility in the port of Tartus as well as protect Russian warships deployed off the Syrian coast.

Addressing the activity of the Russian naval group in Syria, the commander noted that all kinds of defense and joint-force team play were mastered during the use of planes from both the aircraft carrier Admiral Kuznetsov and Hmeymim Airbase in Latakia.

Earlier in the day, the General Staff announced the start of the reduction of the Russian group in Syria. The Admiral Kuznetsov is to depart for Russia later on Friday.

Kartapolov declared that the naval group of the Northern Fleet had accomplished its combat tasks, having destroyed 1,252 terrorist targets in Syria over two months.

Russia has been conducting a military operation against terrorists in Syria since September 30, 2015, at the request of President Bashar Assad.

Earlier this week, the Pentagon carried out a direct attack against Houthi forces for the first time since the Saudi-led coalition launched a military campaign against the Iran-backed movement, prompting some to suggest that the Unites States could next target the Syrian Arab Army since it backs groups opposed to Damascus.

Russian newspaper Vzglyad doubted that Syria could become the next Yemen, pointing to a major difference when it comes to these conflicts.

“In Syria, America’s greater engagement even in the form of a total control over [Syrian airspace] is impossible due to the presence of the Russian Aerospace Forces and air defense systems,” the daily suggested.

Evgeny Satanovsky, head of the Moscow-based Middle East Institute, told Vzglyad that all reasonable policymakers in the US have been against a direct conflict with Russia regardless of what some politicians might say.

However, “even if the US Air Force launches airstrikes against Bashar al-Assads forces, it will use cruise missiles. In this case, the airstrikes will become a test for our S-300 system capable of destroying” this type of weapons, he added.

Satanovsky also suggested that cruise missile strikes on coastal radar sites in Yemen are not a prelude to a larger military operation in the Arab country.

“In fact, the Americans are 100 percent opposed to becoming engaged in Yemen, particularly taking into account the fact that the Houthis are fighting against al-Qaeda, not the one that the US supports in Syria and Iraq, but rather a barbaric one responsible for the 2000 attack on the USS Cole in the [Yemeni] port city of Aden. This is why the US evacuated its service personnel and a UAV base,” he explained.

Washington and Riyadh ‘Plan to Let 9,000 Terrorists Leave Mosul and Move to Syria’

Satanovsky added that the United States has boosted its military presence in African countries bordering the Red Sea, including Djibouti, but “prefers not to meddle in Yemen.”

For his part, Semen Bagdasarov, director of the Center for Middle Eastern and Central Asian Studies, told Vzglyad that “Americans are actively engaged in fighting against the Houthis” through private military companies, which is a “reasonable step” for Washington “with regard to its adversary that represents Iran’s interests.”