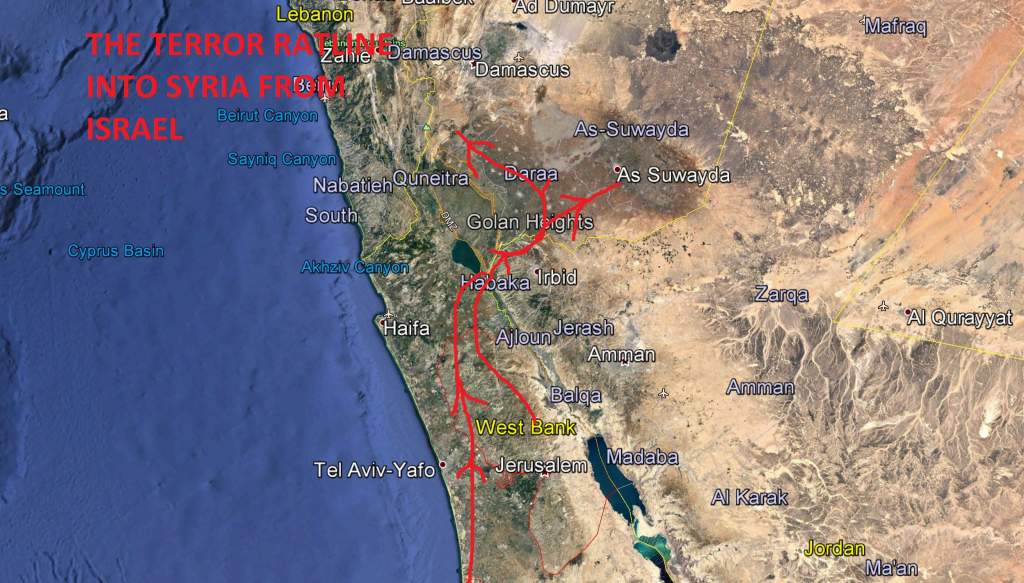 Editor’s Note: As of this writing, Hamas terrorists, paid by Saudi Arabia and armed by Israel, are being shuffled through Jordan and into Syria.  There, they join ISIS and al Qaeda, taking up positions in and around Golan, where they are defended by Israel, while they murder every Syrian they can get their hands on.
Any idiot knows Hamas is Saudi and Israeli supported and Iran supports Hezbollah. What any idiot doesn’t know, even the Iranians won’t report this, is that ISIS is filled with Hamas recruits. 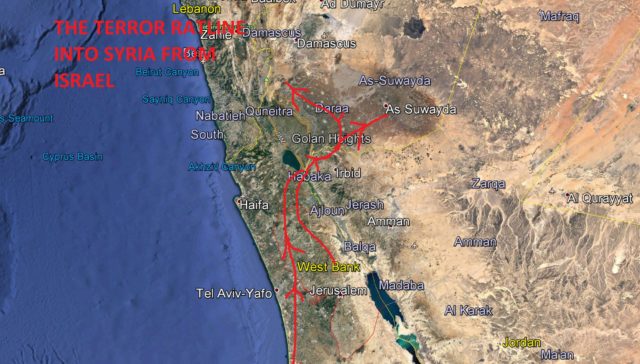 Israel National News: A US court ruled this week that Iran and Syria must pay the parents of a baby murdered in a terror attack a sum of 178 million dollars.

The terror attack in question happened in 2014 at a Jerusalem light rail station, when a Hamas terrorist rammed his car into the stroller of baby Chaya Zissel Braun Hy”d, who was then only three months old. She was murdered, as was another woman at the scene. Chaya’s father, Shmuel was badly wounded.

Afterward, Chaya’s parents took it upon themselves to wage a legal battle against terror. Since their daughter had American citizenship, they filed suit in an American court against Iran and Syria, on grounds that these countries fund Hamas. Now, the parents’ battle has born fruit.

Attorney Nitsana Darshan-Leitner, whose Tel Aviv-based Law Center, Shurat HaDin, represented the Braun family in court, praised the ruling. “The criminal regimes in Tehran and Damascus are the biggest state sponsors of terrorism is the world.

This judgement sends a clear message that there is a very heavy price to be paid for financing terrorism and spilling innocent blood in the streets of Jerusalem. Shurat HaDin will relentlessly pursue the Islamic Republic and Syria through all legal avenues in order to ensure that these judgements are enforced and that the terror victims achieve a measure of justice.”

YERUSHALAYIM – The U.S. District Court in Washington, D.C., Tuesday ordered Iran and Syria to pay $178,500,000 to the family of an Israeli infant killed by a Hamas terrorist in a 2014 car-ramming attack in Yerushalayim.

The court ruled that Tehran and Damascus were liable to provide compensation for damages, due to their financial backing of the Palestinian terrorist organization Hamas.

The terror attack took place in October 2014 at a Jerusalem Light Rail station when a 21-year-old Hamas terrorist, Abdel Rahman Shaludi, from Silwan in east Yerushalayim, rammed his car into a baby stroller carrying Chaya Zissel Brown, Hy”d, a three-month-old baby, who died as a result of her wounds.

Her father, Shmuel, was wounded in the attack while her mother, Chana, sustained no injuries.

Israeli officials identified Shaludi as a convicted terrorist, who had previously served a prison sentence and had ties to Hamas. Hamas claimed responsibility for the attack and praised the terrorist’s actions.

The family decided to launch a legal fight against terror, and since their murdered daughter possessed American citizenship, they submitted a lawsuit to an American court against Iran and Syria, on the grounds that they finance the Hamas terror group and their attacks. The case was won on default judgement, as at least one defendant failed to appear before the court.

The parents were represented by lawyer Darshan-Leitner, the manager of Shurat HaDin, the Israeli Law Center that seeks to wage a legal struggle around the world against terror.

“The criminal regimes in Tehran and Damascus are the biggest state sponsors of terrorism in the world,” said Darshan-Leitner. “This ruling sends a clear message that the heavy price will be imposed on anyone who finances terror and spills the blood of innocents.”