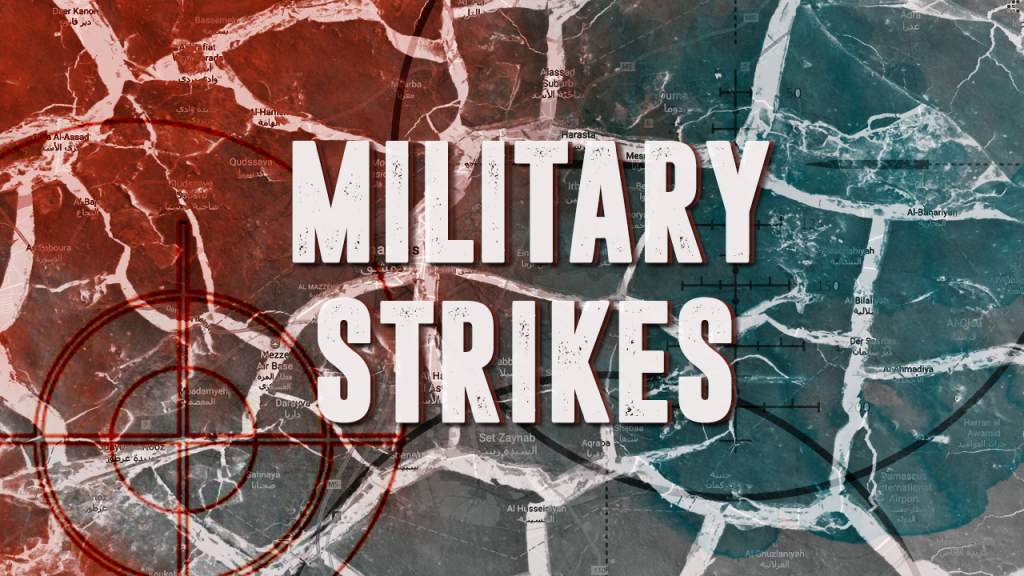 Israeli forces delivered military strikes against the Mezzah military air facility near the Syrian capital of Damascus early on Friday. The strikes targeted an ammunitions hub, producing an enormous explosion.

The Israeli strikes followed a suicide bombing conducted by the Jabhat Fatah al-Sham terrorist group which claimed lives of at least nine people.

The airport is a major logistical asset used by the Syrian government to transit troops and military supplies. The Syrian army warned that there will be repercussions for Israel for the “flagrant attack” on the airport.

The Syrian army and the National Defense Forces (NDF) have liberated the village of Baseema from militants in the Wadi Barada area northwest of Damascus. Government forces are now developing the advance in the area. Clashes are also ongoing in Ayn al-Fijah.

The Russian Aerospace Forces have delivered a number of airstrikes in the province of Idlib, killing some 25 members of Jabhat Fatah al-Sham and linked groups. A terrorist convoy consisting of 3 vehicles was also destroyed.

The Syrian army and the National Defense Forces have been clashing against ISIS units near the Tyas Airbase in the province of Homs. Pro-government sources claim that the army and the NDF had seized some desert areas near the Tyas Airbase, killing up to 20 ISIS members and 4 vehicles belonging to the terrorist group. In turn, pro-ISIS sources reported “dozens of killed and wounded” regime soldiers and denied any retreats.