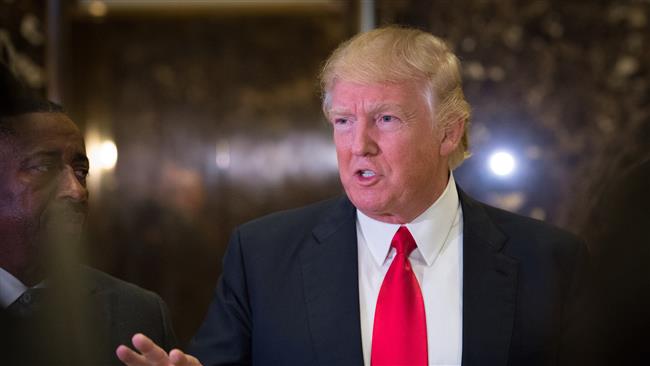 Trump open to lifting Russia sanctions if Moscow cooperates with US

[ Editor’s Note: The past week has been full of mixed signals, as some of the Trump administration people have been at odds on his previous foreign policy statements. During his hearing, General Mattis even named Russia as the number one threat to the US.

But Mattis will not be making administration policy, including moving the US Embassy to Jerusalem…Trump will; and both he and the Senators know that. He said that although he would be going to Tel Aviv, because, “that’s where all of our people are”,and that the embassy location was not in the Pentagon’s domain.

Then we had Rex Tillerson tell us there would be a “full review” of the Iran nuclear deal, quite a step back from Trump’s promise to “tear it up”, thus showing that Trump wants that on the back burner for now. Iran has said it would in no way renegotiate the deal, but there is some wiggle room in the enforcement and monitoring areas to give Trump some room to claim he “made it better”.

As for Russia, Tillerson’s Exxon Mobil oil company took a hit on the sanctions by losing a big Arctic drilling deal, which I am sure he would like to get back for his old company, as he may only be planning to be Secretary of State for four years.

Trump’s latest mention in his Russia sanctions policy of  “working together on terrorism” shows where he is going. Russia has always said it would do that, so that issue is not an “if”, but how “working together” is defined in Trump’s head, and is still to be seen. Notice that Ukraine has not been mentioned, nor Crimea, which is the bedrock of the US and EU sanctions.

And the mention of being ready to meet Putin is a warm up for that being done possibly in his first month, with the Syria negotiations providing the perfect opportunity to weave into it Trump’s pledge to defeat IS.

The stupid Koolaid division of the Democrats (Al Sharpton) is going to piggyback the inauguration media with silly protests, firing up the Republicans even more and alienating the independents, when they should be waiting until Trump rolls out his policies and then working to gain more seats in Congress.

The Dems’ return to power will be earned by winning Congressional seats, which they are going to continue to lose if they lead with the ideological Koolaid. The country historically has not liked to have one party having control of all three branches of government, including the Supreme Court… Jim W. Dean ]

US President-elect Donald Trump has expressed willingness to remove harsh economic sanctions against Russia if it cooperates with the United States in efforts such as counterterrorism, according to a report.

Trump told The Wall Street Journal on Friday that he plans to keep sanctions imposed on Russia by the outgoing Obama administration in response to the alleged Russian intervention in the 2016 presidential election “at least for a period of time.” But Trump said that sanctions would not be required if Moscow helped Washington in other ways.

“If you get along and if Russia is really helping us, why would anybody have sanctions if somebody’s doing some really great things?” the president-elect asked.

Trump also spoke of meeting with senior Russian officials, including President Vladimir Putin after he is sworn in as the 45th president of the United States on January 20.

“I understand that they would like to meet, and that’s absolutely fine with me,” he said.

Last month, the Obama administration announced a series of economic sanctions against Russia, as well as expulsion of 35 Russian diplomats, over allegations that it interfered in the US election through cyberattacks.

Earlier this week, the outgoing administration imposed sanctions on five prominent Russians, including a close aide to Putin. The US Treasury Department announced on Monday that the sanctions were meant to punish Russia over what it called human rights abuses.

Trump’s senior aide Kellyanne Conway has denounced Obama’s decision to impose harsh economic sanctions against Russia. She has suggested that President Obama took these measure against Russia in order to “box in” Trump over the country when he takes office.

Washington and its allies had already levied broad economic sanctions against Russia and blacklisted dozens of its citizens after Moscow’s alleged involvement in the Ukraine conflict.

Ties between the US and Russia further deteriorated when Moscow in 2015 launched an air offensive against Daesh terrorists in Syria, many of whom were initially trained by the CIA to fight against the Syrian government.