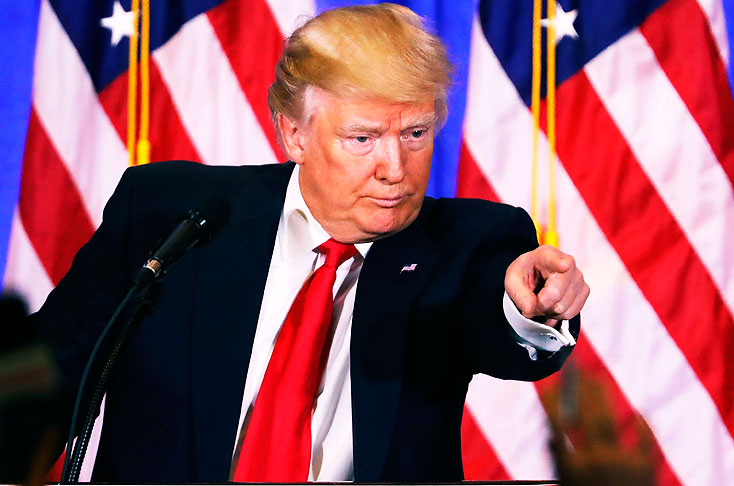 To fully understand President-elect Donald Trump, you must watch Trump’s favorite film, Citizen Kane ~ and realize that Trump sees the United States as one of his many companies or possessions. Trump will be just as willing to possess it or eventually discard it, if it fails to satisfy his monstrous authoritarian ego ~ like Citizen Kane, he  will eventually self-implode from unlimited greed and will take his Empire down with him. But not before revealing the enormous money behind Trump in the hands of Robert and Rebecca Mercer whose massive political infrastructure saved Trump’s campaign from disaster last summer and then financed his tainted victory : Allen L Roland, PhD

In the months leading up to Trump’s presidential win, Robert and Rebecca Mercers would prove a formidable force. Beginning after the disastrous Republican convention in July, they would furnish the Trump campaign not only with millions of dollars but with new leadership. 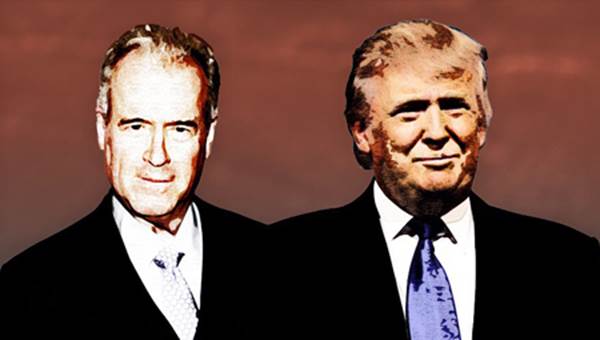 The Mercer Hedge fund is known for its secrecy. It’s been closed to outside investors since 2005, and what exactly they trade isn’t fully understood. What is known is that what Mercer along with retired Renaissance Technologies founder James Simons and co CEO Peter Brown have done is master the math behind something called quantitative trading, which involves gaming the stock market using advanced algorithms and data analysis to create unprecedented profits.

But they would furnish Trump with something more ~ a vast network of non-profits, strategists, media companies, research institutions and super PACs that they themselves funded, and largely controlled.

During Tuesday’s Press Conference Trump Insisted  that he had the right to do whatever he wanted, Trump at one point declared: “As president, I could run the Trump organization, great, great company, and I could run the company ~ the country. I’d do a very good job [at both], but I don’t want to do that.”

See the biggest moments from Donald Trump’s fiery press conference and an ego beginning to unravel  ~ 3 minute must see video.

As I said, to fully understand President-elect Donald Trump, you must watch Trump’s favorite film, Citizen Kane and understand that unrestrained greed and power fueled by childhood emotional deprivation and the need to prove yourself can easily lead to self-implosion and eventually self-destruction.

Orson Wells in his own words, in a 1941 interview, describes the principle character in his book and film as well as the meaning of Kane’s last words, Rosebud ~

” Kane was raised without a family. He was snatched from his mother’s arms in early childhood. His parents were a bank. From the point of view of the psychologist, my character had never made what is known as “transference” from his mother. Hence his failure with his wives. In making this clear during the course of the picture, it was my attempt to lead the thoughts of my audience closer and closer to the solution of the enigma of his dying words. These were “Rosebud.” The device of the picture calls for a newspaperman (who didn’t know Kane) to interview people who knew him very well. None had ever heard of “Rosebud.” Actually, as it turns out, “Rosebud” is the trade name of a cheap little sled on which Kane was playing on the day he was taken away from his home and his mother. In his subconscious it represented the simplicity, the comfort, above all the lack of responsibility in his home, and also it stood for his mother’s love which Kane never lost.”

“The protagonist of my “failure story” must retreat from a democracy which his money fails to buy and his power fails to control. ~ There are two retreats possible: death and the womb. The house was the womb. Here too was all the grandeur, all the despotism, which my man had found lacking in the outside world. Such was his estate ~ such was the obvious repository for a collection large enough to include, without straining the credulity of the audience ~ a little toy sled from the dead past of a great man.”

In real life Donald Trump was born in 1946 , was an energetic and bright child. His parents sent him to the New York Military Academy at age thirteen, hoping the discipline of the school would channel his energy in a positive manner but instead it may have caused him to close his heart and set in motion his desire to accumulate wealth and possessions in order to fill the emotional void of his early separation from love, his family and deep fear of failure. Benjamin  Hufbauer, Politico Magazine, also makes the Citizen Kane connection with Donald Trump but comments that Trump could never grasp the film’s central point and most likely, I would add, because of his fear of failure.

Excerpt: “Citizen Trump didn’t come out of nowhere. He’s a character type with a long history in America ~ the narcissistic, acquisitive magnate who, in the words of Orson Welles, is “interested in imposing his will” on the country in what is, in the end, just another act of self-aggrandizement. That was Welles’ description of Charles Foster Kane, the protagonist in his classic Citizen Kane, which Trump identified back in 1992 as his “all-time favorite movie,” an endorsement he repeated in his interview with Megyn Kelly in May.”

The film was based on the life of another strident and megalomaniacal magnate, William Randolph Hearst, and it told the sad story of the corrupting influence of vast wealth. Welles later said he meant it as a cautionary tale about this American type. “I must admit that it was intended consciously as a sort of social document, as an attack on the acquisitive society—and indeed on acquisition in general,” Welles told the BBC in 1960.

Near the end of his life, Kane is in a self-made hell of excessive ego, ambition and acquisition that Welles later described this way: “I wished to make a picture which might be called a ‘failure story.’ … “My story was not, therefore, about how a man gets money, but what he does with his money ~ not when he gets old ~ but throughout his entire career.”

Today, taking a tour of Hearst Castle is like looking inside a part of the mind of Hearst ~ or that of a Kane or a Trump.

“In real life, I do believe that wealth does in fact isolate you from other people.” Trump concluded that “It was a great rise in Citizen Kane. And there was a modest fall.”

That last line, however, suggests that Trump didn’t really understand the point of Citizen Kane, which was that Kane’s rise, too, was somewhat delusional and, in the end, a failure. And Trump clearly believes that, unlike Kane, he will have a great rise without any corresponding fall at all ~ not even a modest one.”  With his Mercer Foundation financial connections, this is understandable denial but not true reality.   See politico article ~

In Psychology , Denial is a defense mechanism in which confrontation with a personal problem or with reality is avoided by denying the existence of the problem or reality ~ it also is the first step of Ego death which is soon followed by Anger and bargaining which the world glimpsed yesterday in the person of President-elect Donald Trump at his first press conference.

“One of the things that is really useful if you’re a billionaire and that you get your money by doing nothing socially useful, is to valorize what you’re doing and to demonize anyone that might actually restrict it by law, regulation even social mores. And propaganda is historically, the answer to that.” ~ Bill Black

We are indeed living in unsettling times, particularly when reinforced by unstable leadership, and it’s a reminder of one of my favorite quotes by H.L Mencken ~ “Giving every man a vote has no more made men wise and free than Christianity has made them good.”

Heart centered spiritual consultant and advisor Allen L Roland can be contacted at [email protected] Allen is also a lecturer and writer who shares a weekly political and social commentary on his web log and website allenroland.com. He is also featured columnist on Veterans Today and is a featured guest on many radio and Television