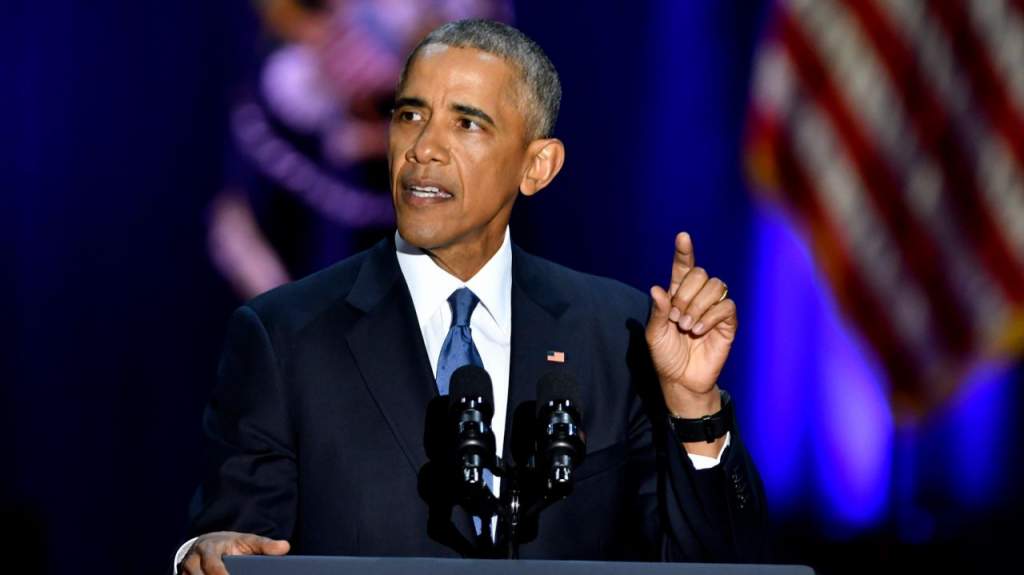 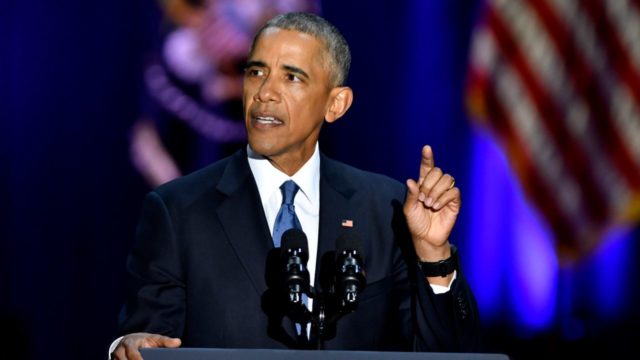 [ Note: It’s always nice… and rare, to pick up a rolling coverage guest slot for these historical speeches, and even more so when being on with former Senator Mike Gravel.

This is my second one on Obama, having done one State of the Union address for Press TV, but with a young, non-stop talking New York City young man, which was a chore.

Mike had audio connection problems twice, so I got more than my share of time, but that is always the roll of the dice in these internet interviews. You have to take the bad with the good.

Obama’s crowd for this speech was the partisan Chicago one.

Like it or not, Obama is being followed by what appears to be a “bookend” to his presidency, another “man of change” who has his own “Yes I can” agenda. As we expected to have quite a ride with Obama, so I believe we will have one with Mr. Reality TV Show man.

Much of Obama’s legacy will be dismantled by the Republicans. The Democrats ignoring the long term cost of  losing the Congressional seats, and not willing to compromise more to pull the independent voters they needed to stay legislatively competitive, has put them way down the rabbit hole now.

The Dems can whine all they want, but they hacked Bernie Sanders, pure and simple, with Hillary having her people in the National Committee positions to shaft Bernie, something that barely got a mention in analysis of the loss, and which we know happened from the Wikileaks emails.

We survived eight years of Obama, after surviving eight years of Bush, and now President Tweet is next up at bat. He is already grooming his son-in-law and bombshell daughter to take over the White House when he goes, a knock off John Kennedy and Jackie unreality TV show. I am more than a little worried for our future, a loss of confidence really in our political class, which I feel may be beyond redemption… JD ]

Outgoing US President Barack Obama says race relations have improved in recent years, but that the issue remains a divisive force in the American society. Obama said partisanship and inequality also threaten democracy in the US.
–
He called on Americans to work together to protect democracy in their country and make it work. Obama was giving his farewell speech as president in Chicago.
–

He spoke about achievements during his eight-year presidency, including reforms in the US healthcare system, as well as the landmark nuclear deal with Iran. Obama also said his administration will do all it can to ensure the smoothest possible transition of power to Donald Trump. The Republican president-elect will take office on January 20.