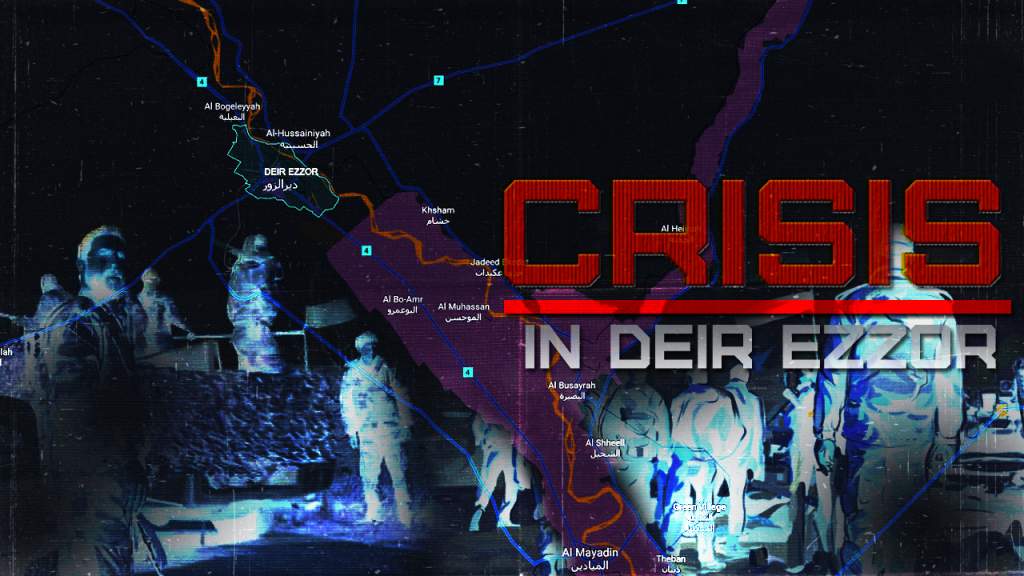 Syrian government troops, supported by the Russian Aerospace Forces’ attack helicopters, have expanded a buffer zone around the Tyas Airbase in the province of Homs. The Syrian army recaptured from ISIS terrorists the Jihar junction east of the Tyas Airbase and secured the area southeast of the village of Shufria.

On January 16, government forces made a push in the direction of the Jihar field and the mount of Jihar, engaging ISIS terrorists in an intense fighting. If the army and its allies want to create conditions for an offensive on Palmyra, they will need to liberate a bunch of hilltops and oil and gas fields north and northeast of the Jihar junction.

The ISIS terrorist group lost up to 30 fighters and 4 units of military equipment in the recent clashes, according to pro-government sources.

A heavy fighting is ongoing in the city of Deir Ezzor. On January 14, ISIS terrorists launched a large offensive against government forces from the northwestern and southern directions, using armored vehicles loaded with explosives and a notable number of manpower, backed up by mortars and artillery pieces. The terrorists engaged government troops at the Dier Ezzor Airbase and the Panorama Military Base. On January 15, ISIS units were able to overrun army defenses in the area between the airbase and the Panorama Military Base, capturing a number of sites, including the al-Assad Hopsital. This maneuver was aimed to isolate government troops in the airbase. Early on January 16, the army recaptured the al-Assad Hospital from ISIS members and made a counter-attack attempt. Clashes are ongoing near the hospital.

Reports also appeared that ISIS is deploying manpower east of the 137 Artillery Brigade Base in order to advance on this strategic defense site of the army.

January 16 afternoon, ISIS claimed that the airbase had been surrounded.

The Syrian army and the National Defense Forces (DNF) have been advacing on Jaish al-Islam militant group positions at the vilalges of Hazrama, Tal Farzat and Hawsh Saliyah in the southeastern part of the Eastern Ghouta pocket near Damascus. If the army and the NDF are able to liberate these 3 villages, government forces will be in a position to advance on Utaya controlled by Jaish al-Islam.